Home » What to see and do in Omiš, Croatia?

Omiš is a beautiful city in the Dalmatian region of Croatia, located approximately 25 kilometres from Split.

In the 13th and 14th centuries, it was home to pirates (Omiški Gusari), who used their fast boats to capture merchant ships. At that time, the Pirates Omiš were the most dangerous and feared of the entire Mediterranean Sea.

Nowadays, Omiš has several monuments that refer to this period of prosperity and fame. In addition, the city offers wonderful beaches and a small, well-preserved medieval town and it’s famous because of the variety of extreme sports activities.

Despite all these attractions, Omiš remains relatively unknown, and even though it attracts numerous tourists, it still has that atmosphere of tranquillity, without getting crowded, like other cities in Croatia.

The old town of Omiš was originally a walled city and nowadays is a nice place to explore and discover the ancient alleys, medieval architecture and to enjoy the city’s main square, Trg Svetog Mihovila, where you will find various cafes and restaurants.

The central beach, called Velika Plaza, is quite popular, as the sea is shallow, making it great for children and those who don’t know how to swim. The waterfront is well wooded, and it is a delight to walk there. 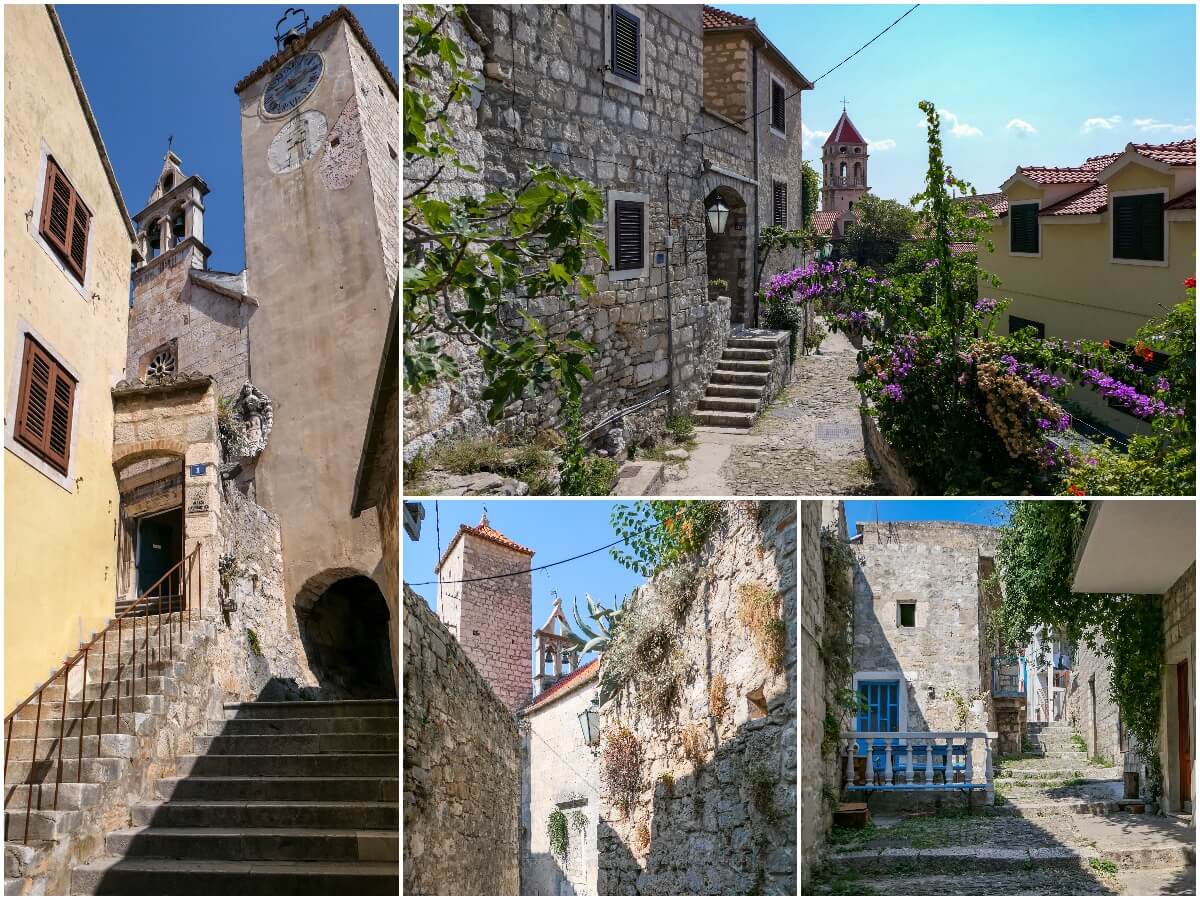 The nightlife is very relaxed and discreet, with a few small bars and restaurants in and around the old town, offering fresh seafood and Dalmatian culinary.

In addition to being a popular destination in itself, the town is a great base place for anyone interested in extreme sports, such as canoeing, climbing, rafting, trekking, ziplining, paragliding, diving and much more.

What to see and do in Omiš?

Mirabella Fortress
Built in the 13th century, the pirates of Omiš used this fortress as a hiding place and as a lookout over the sea.

To get to the fortress, the path is quite steep, first going up rough stone steps with lookouts on various levels and then several wooden stairs in the tower itself, in addition to a metal staircase attached to the wall to get right to the top of it.

But it is worth the climb, as the landscape is simply breathtaking, with a magnificent view over the rooftops of Omiš, the River Cetina, the cliffs and the sea.

Fortica (or Starigrad Fortress)
Located 262m above sea level, it takes about an hour to walk to this incredible 15th-century fortress. As expected, it was also used as a watchtower for pirates. The scenery is said to be stunning over the Adriatic islands. Unfortunately, I didn’t have time to visit.

House of a Happy Man
It is a Renaissance house whose name comes from a Latin inscription above the entrance. There is not much information about the original owner, but the house is one of the most exquisite examples of classical Dalmatian architecture from the Venetian period. 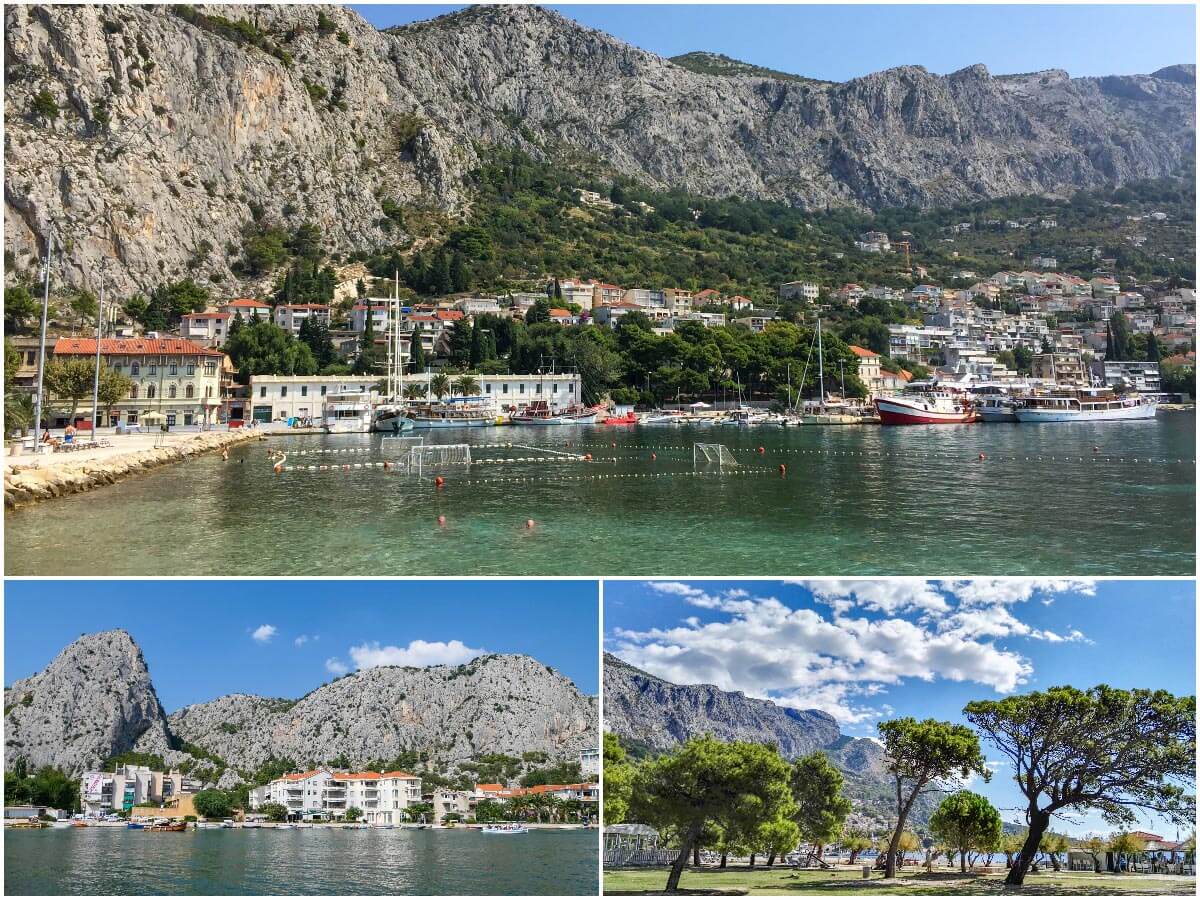 Beaches
Omiš Riviera is considered one of the most beautiful rivieras on the Croatian coast. The beaches with crystal clear turquoise waters are a spectacle.
Further to the beach in the old town, you will also find some beautiful bays in the surroundings, such as Duće Beach, Brzet, Ruskamen, Mala Luka, Galeb, Vruja, Nemira, Lokva Rogoznica, among many others.

Zipline
The zipline in Omiš is a unique experience. The series of eight cables that reach 2,100 meters in length is located 150m above ground level and allows you to cross the Cetina River gorge. More info here. 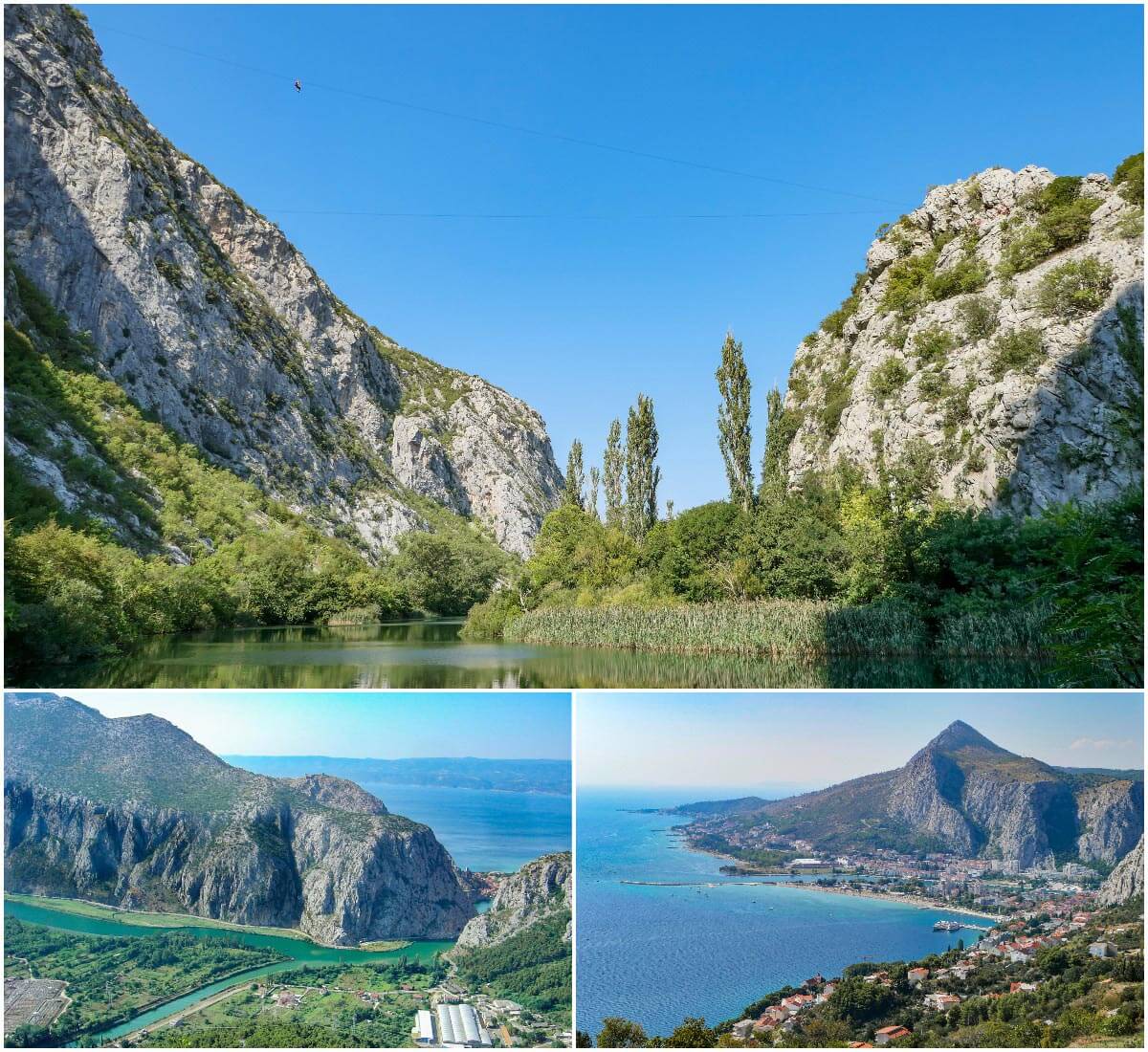 Radmanovic Mlinice (Radman’s Mills)
These windmills are about 6 km from Omiš, next to the Cetina River. They were essential in the 19th century, and today it is a beautiful restaurant that serves traditional Dalmatian dishes. 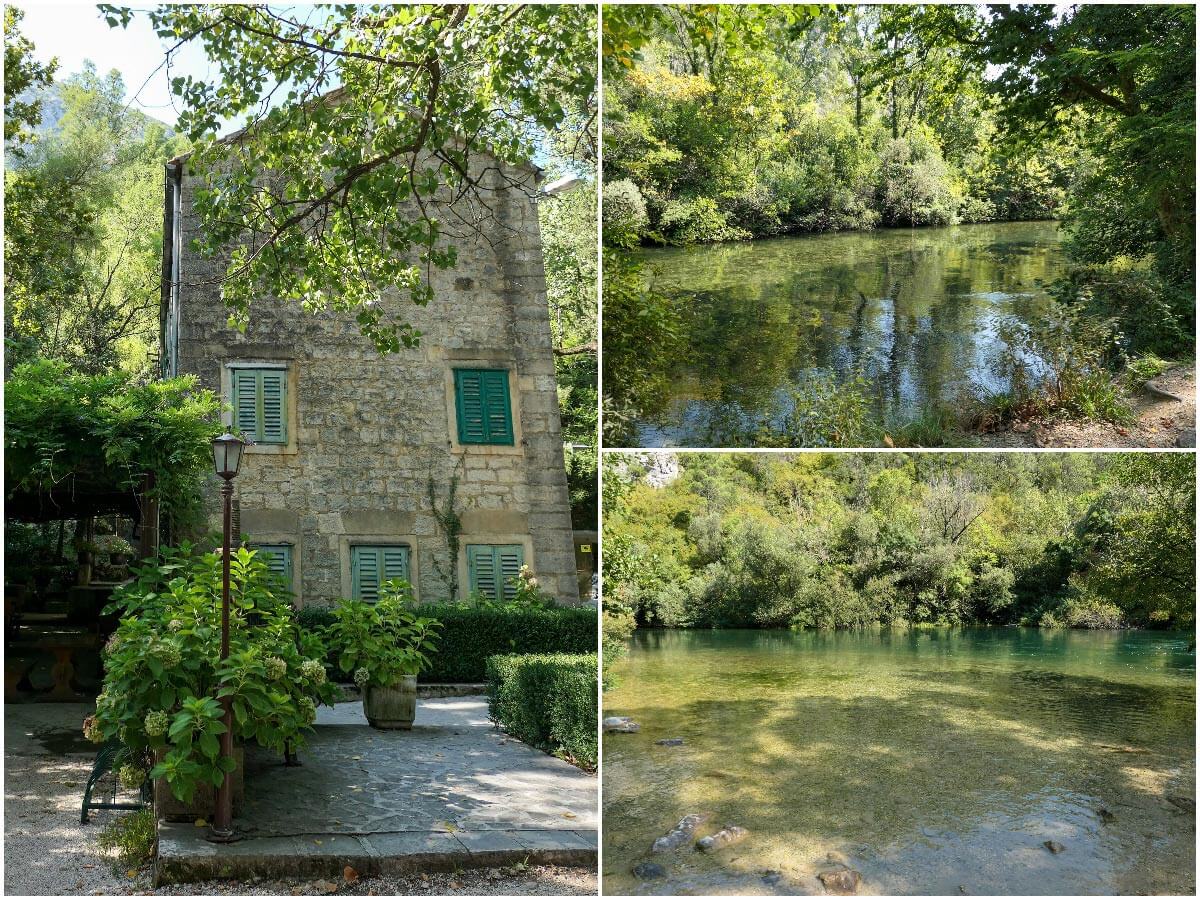 By flight
The nearest airport is in Split (25 miles), and from there you will have to take a taxi, rent a car or catch the bus. The Dubrovnik Airport is 135 miles away.

Boat trip to the islands
Omiš is located between the ports of Split and Makarska, and access to the islands that you can see from the coast couldn’t be easier.
You can take the ferry in one of these two cities or, if you want, you can take a smaller boat that leaves from Omiš every morning to Brač and Hvar (read more here).

Split
As I mentioned at the beginning of the post, Split is very close to Omiš and is easily accessible by bus. The city is incredible and certainly deserves a visit.

Krka National Park
It is about an hour and a half by car, and if you don’t have a car, the easiest way to visit Krka is to contact a travel agency that makes this journey.
More information about the park here. 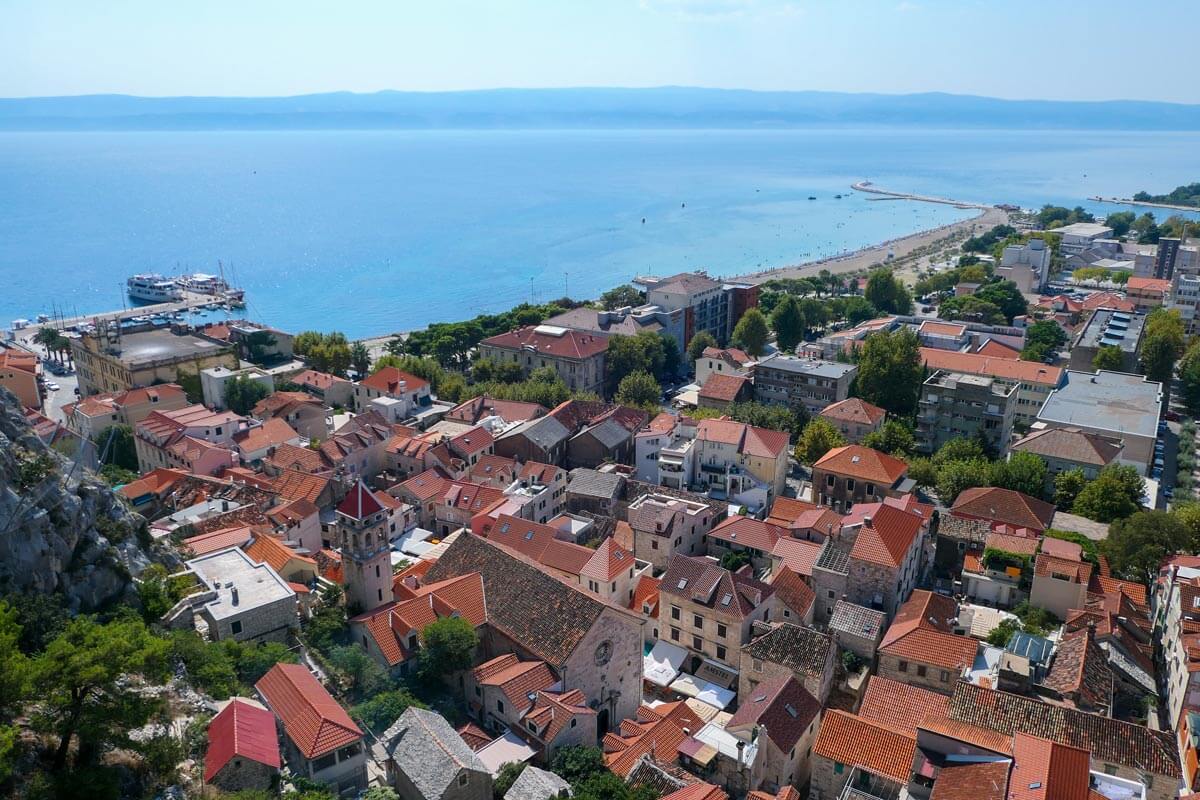 As you can see, Omiš is a fascinating place. I visited the town when I was on holiday in the Makarska Riviera, and we decided to go there and spent the day.

But, I had previously passed through town when I was in Hvar a few years ago, and we decided to do canyoning on the River Cetina. 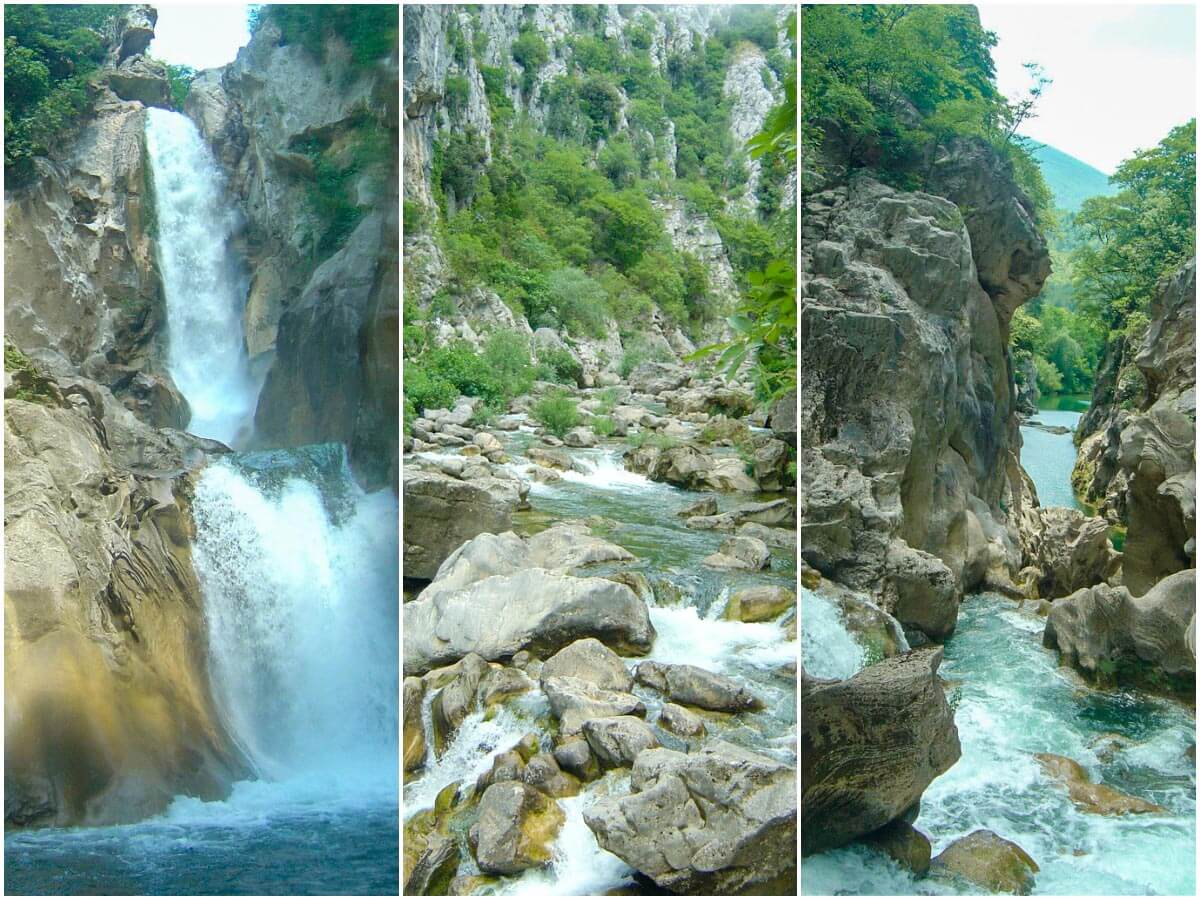 For those who do not know, canyoning is the descent of a river system or a gorge, swimming in the rapids and the natural pools, jumping off cliffs in the lakes and waterfalls and doing some parts of trails.
It was an incredible experience and one that I will never forget! 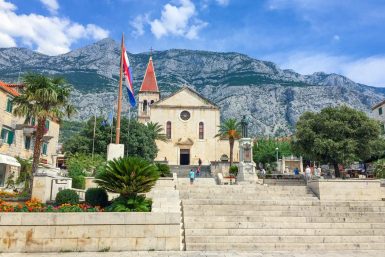 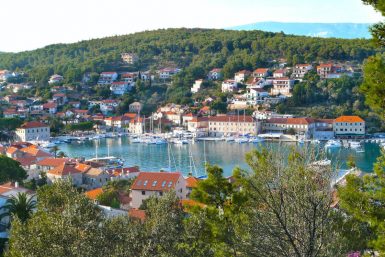 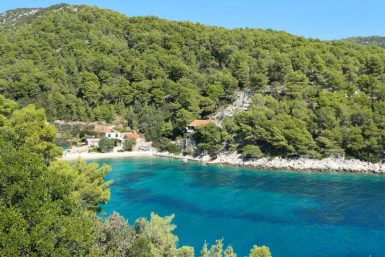