Home » Tips for visiting the Vatican

Tips for visiting the Vatican

Vatican City or Città del Vaticano in Italian is the smallest country in the world and the foundation of Roman Catholicism being Catholic Pope’s home.

It contains some of the most extensive collections of historical, cultural and artistic exhibitions in the world.

And it is one of the most visited countries with an estimated six million tourists per year.
Not a surprise that it is insanely crowded and you will have to plan your time carefully. 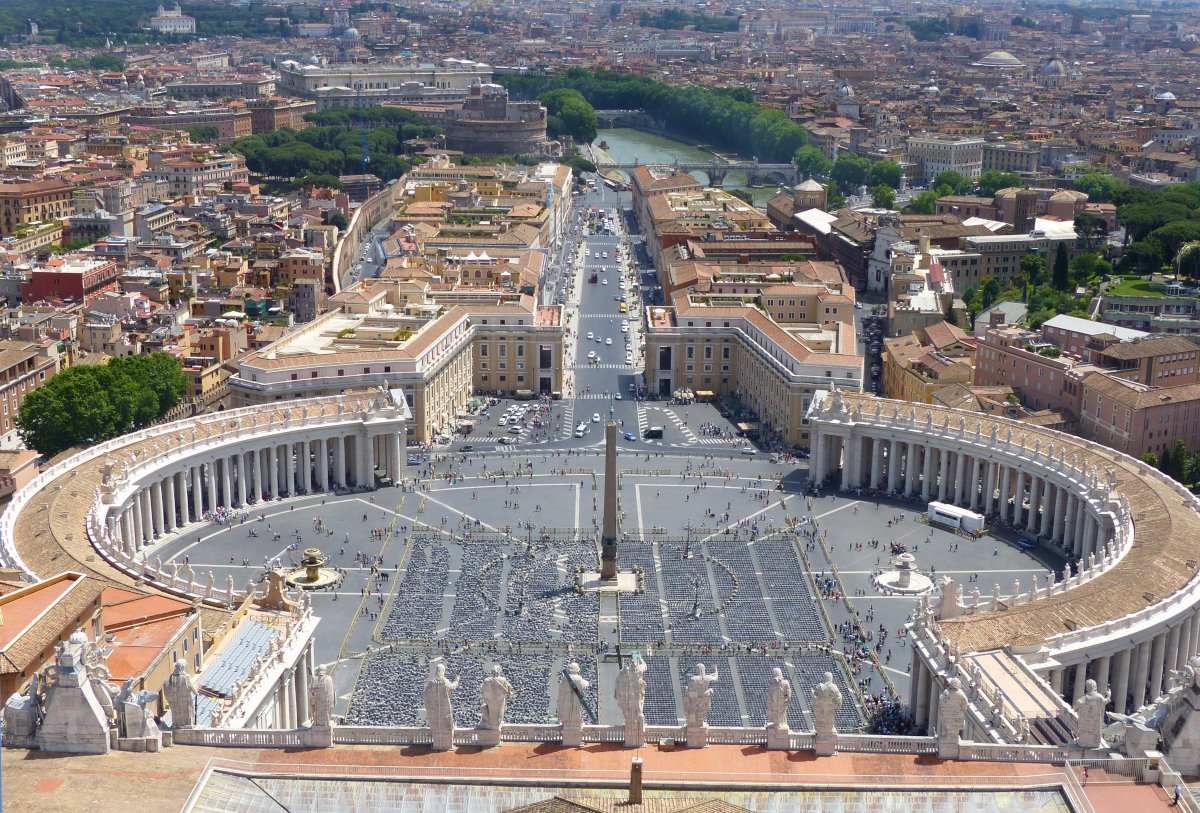 It is difficult to say how long the visit is going to last, as it all depends how long the queues are going to take, which time of the day and the year you are going, etc.

That’s been said I would suggest planning at least a whole morning and part of the afternoon at the Vatican. Or, divide the tour by two mornings and arrive early: split Square/Basilica one morning and Museums/Sistine Chapel another.

I usually don’t like to buy tickets in advance, because it doesn’t give you much flexibility. However, for the Vatican Museum, I have to say that it is a must if you don’t want to spend over 2 hours queuing up for a ticket and then over 1 hour at the entrance.
You can buy the tickets online here, and you can choose to skip the line or not.

What to see in the Vatican?

Vatican Museum (Musei Vaticani) has one of the most important collections of arts in the world with around 20,000 pieces on display. Just a tiny bit, as apparently it has over 70,000 in total. The Popes collect it most of throughout the centuries. 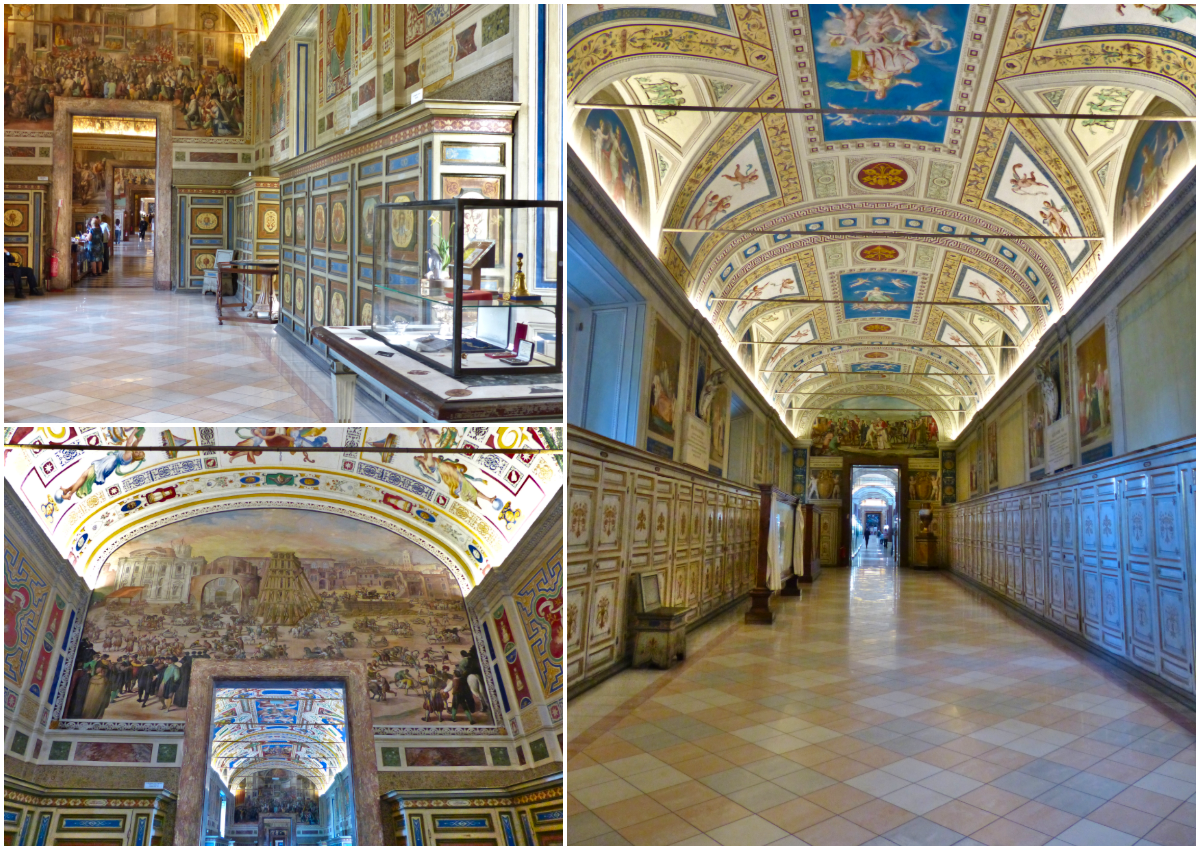 Inside the museum, there are plenty of things to be seen like:
Pio-Clementino Museum with Sala Rotunda, Gallery Of Statues, Gallery of the Busts and many more;
the art Gallery, Pinacoteca Vaticana;
Chiaramonti Museum;
Gregoriano Etrusco Museum;
Gregoriano Egiziano Museum;
Vatican Historical Museum;
The Raphael Rooms;
Gallery Of Maps;
the Spiral Staircase and many more rooms to be explored, having 54 galleries in total. 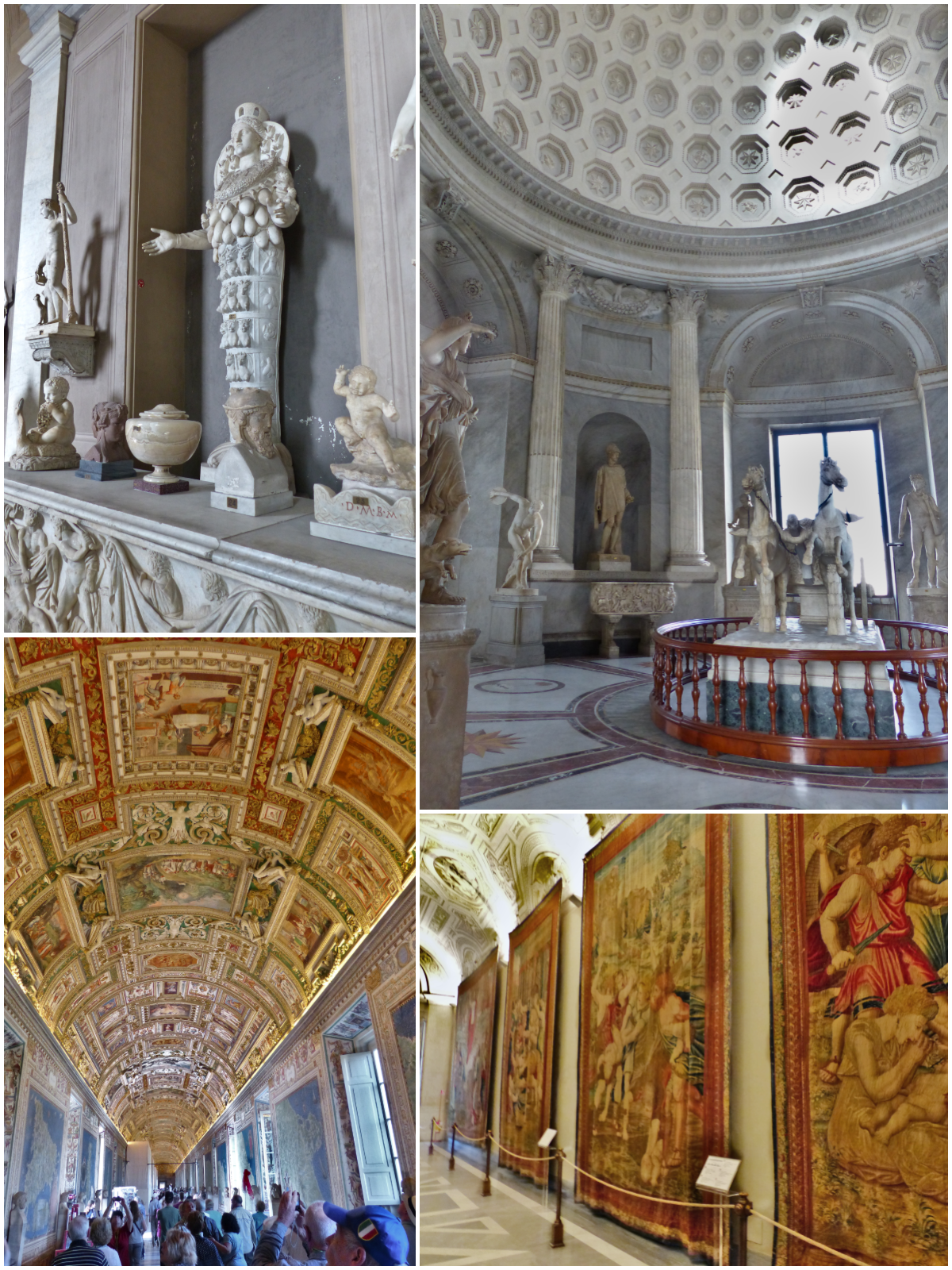 The museum is open from Monday to Saturday and closed on Sundays, except the last Sunday of the month, which its entrance is for free. On the others days prices start from €17, and you can check the most suitable tickets for you here.

And if you would like to see the Pope, he hosts a papal audience every 10:30 am on Wednesday at St. Peter’s Square in the summer and the Pope Paul VI Auditorium in the winter. Just bear in mind that in August, he sometimes host it at Castel Gandolfo, as he stays there in the summertime.

Sistine Chapel (Cappella Sistina) is located within the Vatican Museums, in the Apostolic Palace, the official residence of the Pope.

Saint Peter’s Square (Piazza San Pietro) is the main entrance to the Basilica and Vatican City. Constructed between 1656 and 1667 it has 140 statues of saints above the columns.

St. Peter’s Basilica (Basilica Papale di San Pietro in Vaticano) is one of the most famous Catholic churches and one of the largest in the world.

It is believed that the Basilica is the burial place of Jesus’s apostle, Saint Peter and it is the graveyard with the tombs of 91 Popes. 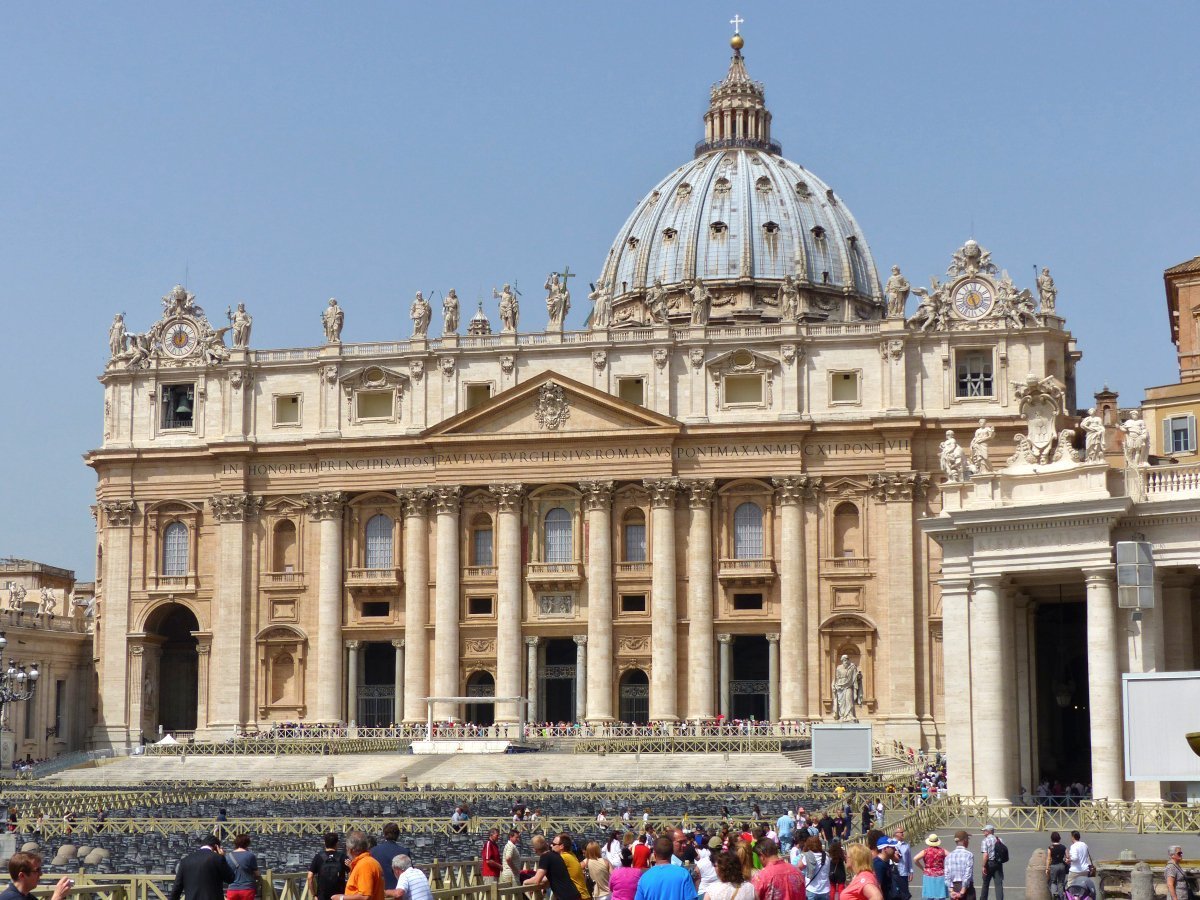 Facing St. Peter’s Basilica, on the right arcade, will be the queue to enter the Basilica. Arriving earlier is almost mandatory, unless you want to stay for a couple of hours waiting to get in. The visit to the Basilica is free. Although, you can buy a ticket for an audio guide or combined with the Vatican Museum here.

Bear in mind that low cut or sleeveless clothing, shorts, miniskirts and hats are not allowed.

One of the main things to do in the Basilica is to reach the top of the dome, which is not very simple. There are no less than 551 steps, from the floor to the top of the dome.
For those who do not want to face all this stairway, or have some limitation, you can take the lift and save 231 steps. 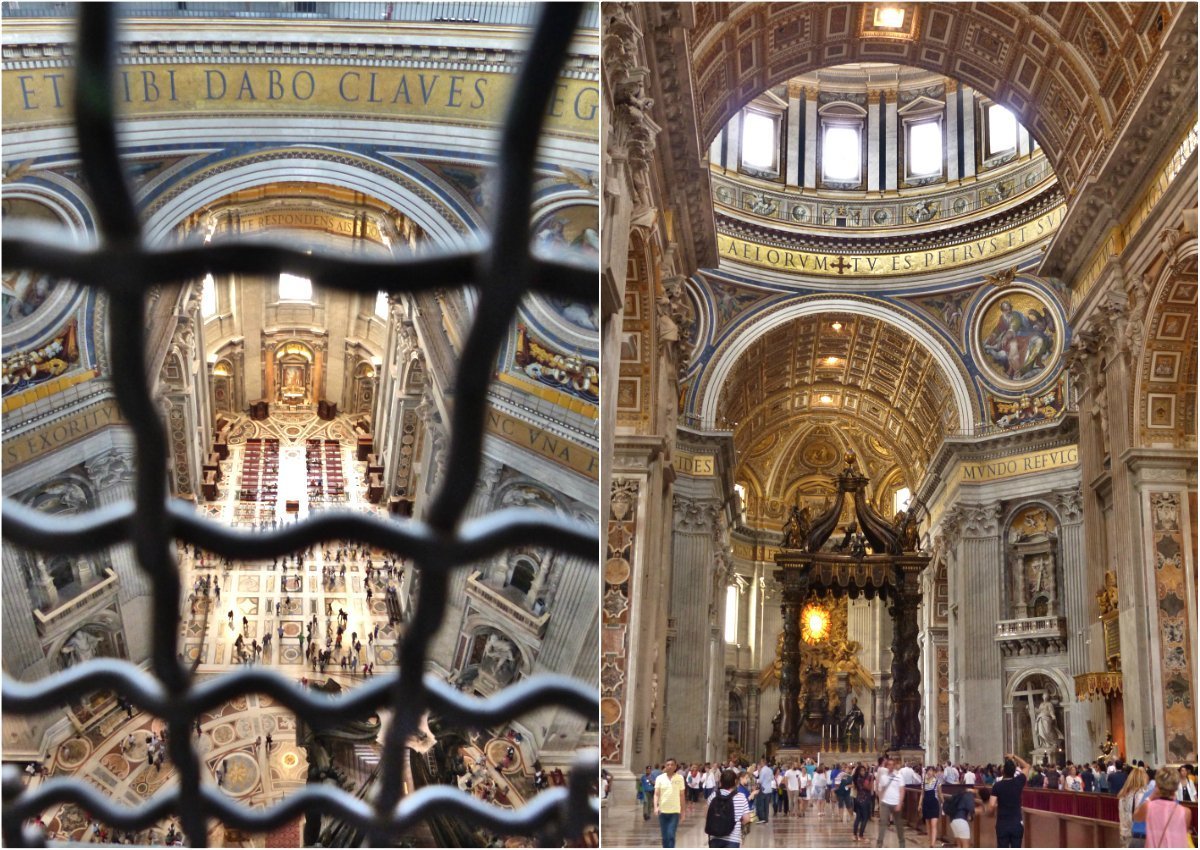 On your way to the top, you will have a view facing the interiors of the dome, and at the top, you will be stunned by a 360-degree panoramic view of Vatican City and Rome.
An extra admission charge is in place to visit the St. Peter’s Basilica Cupola. 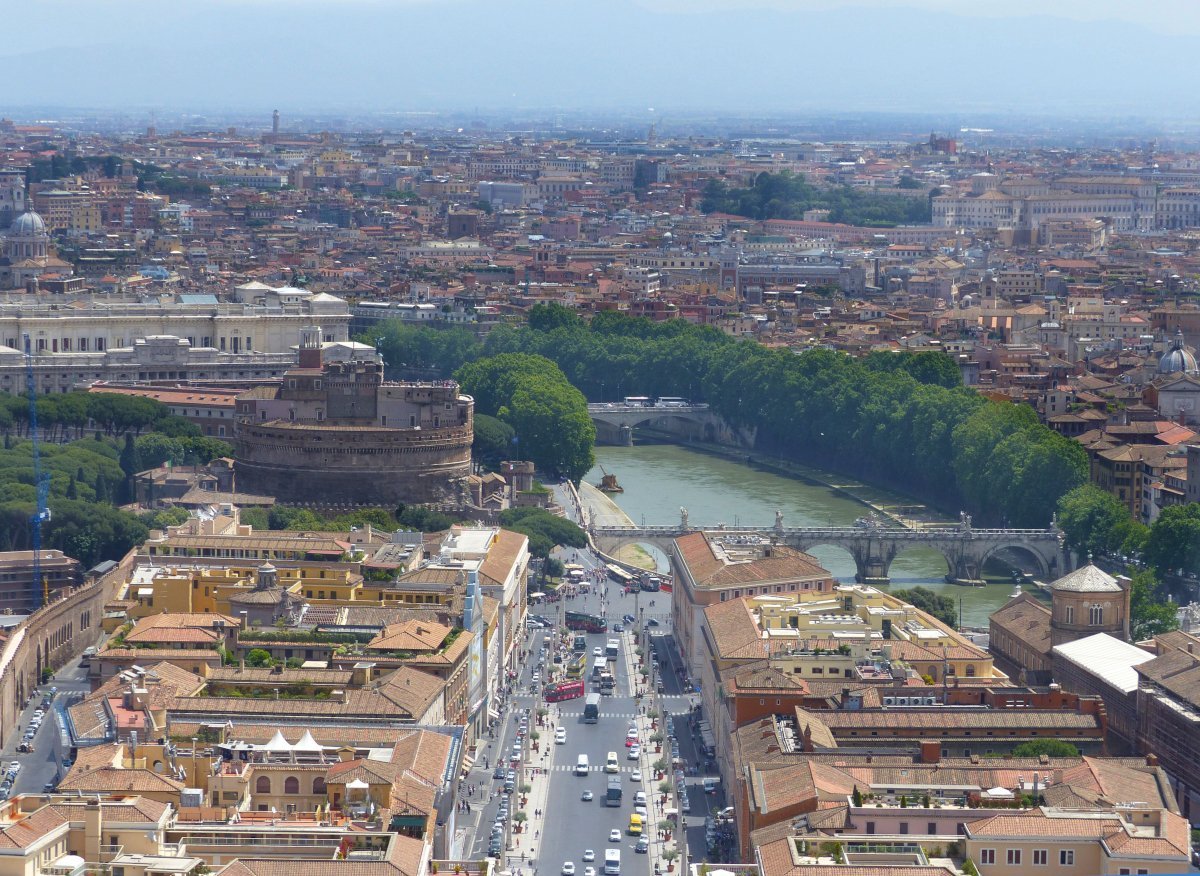 On Wednesdays, the Basilica opens for public at 12:30 pm after the Papal audience in the Square. 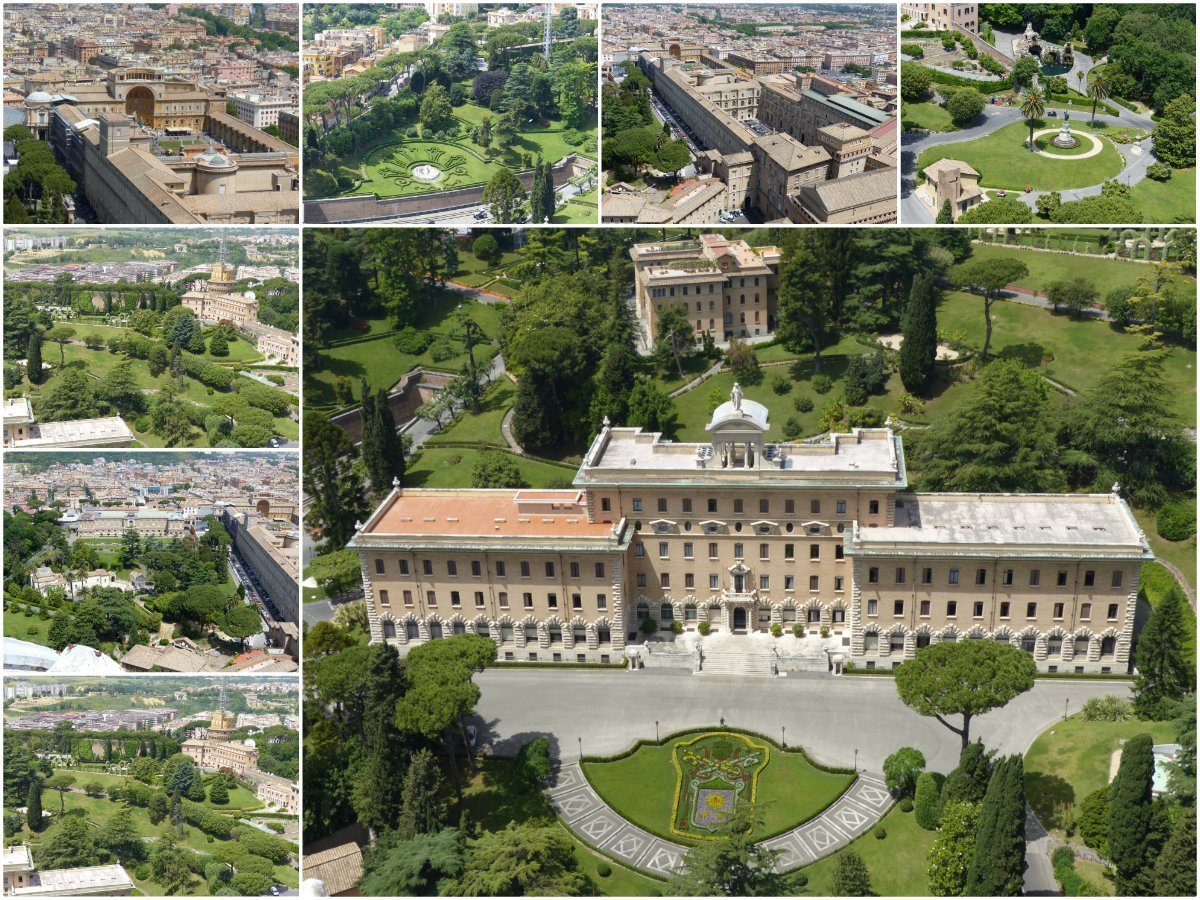 How to get to the Vatican?

Vatican City is just to the north of the city centre of Rome and there are no barriers or checks between both countries. You can have a lovely walk coming from the Castel Sant’Angelo.

You can take the tube and stop at Cipro-Musei Vaticani, line A (orange) for the Vatican Museum or Ottaviano for the Basilica. The walk between the museum and the Basilica is for about 15 minutes.

If you need more info send me an e-mail or leave a comment and l will do my best to help you.
I hope you have a lovely day!