Home » The spectacular Zakynthos in Greece

The spectacular Zakynthos in Greece 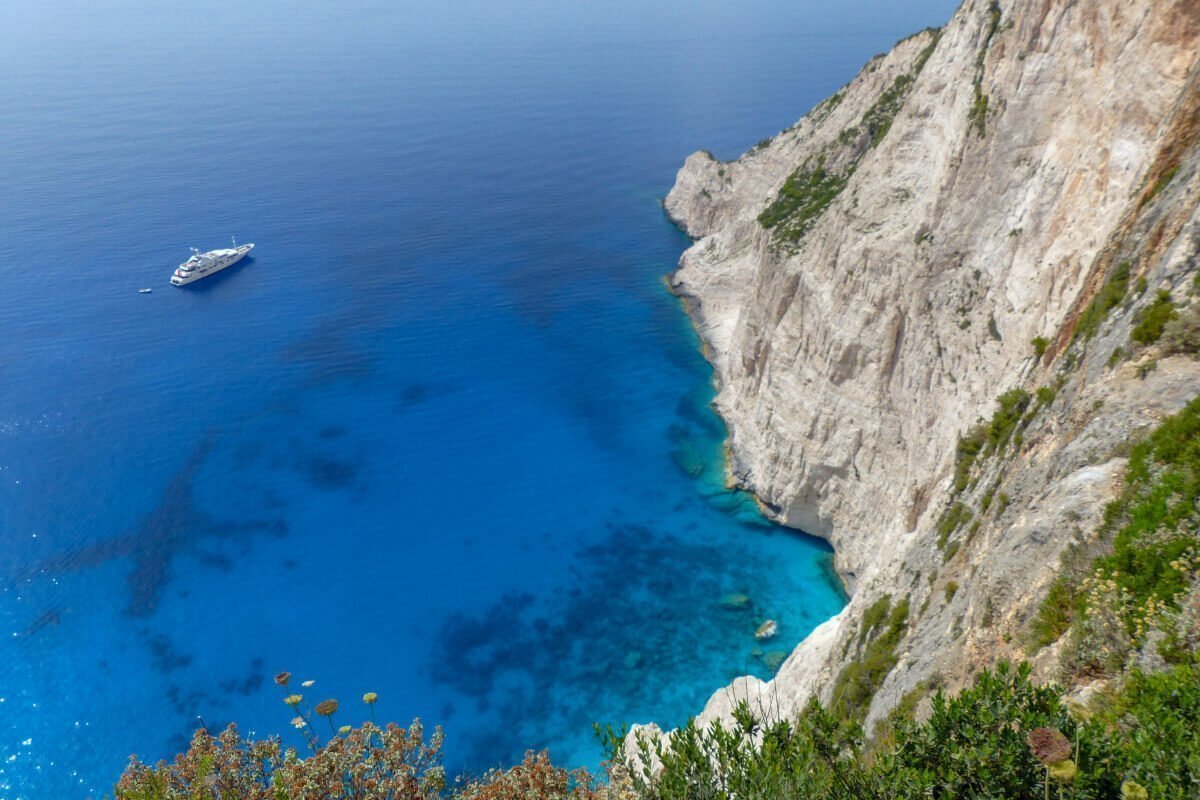 Finally, I’m writing about one of the most gorgeous places I’ve ever been to: the spectacular Zakynthos in Greece. I loved this island and it’s my number one in terms of beaches.

More than ten years ago, I saw a picture of Zakynthos or Zante, in the Ionian Sea, and I tried to go there, but to find flights from London plus hotels there, was quite tricky at that time.
Then in 2015, the flights started to be more frequent in the summer and I’ve leapt at the opportunity of knowing that stunning island.

Though I can’t believe that after that year, Zakynthos became one of the most known places in Greece and a lot of people are heading there mainly because of the famous shipwreck (Navagio) beach.

I have to confess that I’m glad I went before mass tourism as I’m quite sure the beaches are getting too crowded for my taste nowadays.

But, it’s not only the Navagio beach that the island is made of. There are other fantastic beaches and I suggest you rent a car and stay at least one week to explore everything the island has to offer.

Zakynthos is a relatively small island and you can drive around it in one day if started early. A typical circle around the island is about 160km. Although I don’t recommend it because you will only have time to pass by it and not appreciate the beaches as you should.

If you have time, try to see the South sandy beaches with warm waters and the North ones with cool waters and pebble beaches.

Although the roads are usually not very busy, many are in poor conditions. The main roads are very well signed, but most of the smaller ones have no signs at all and you will have to use your GPS to find the least known beaches and spots.
Also bear in mind that the speed limit is between 30km/h to 60km/h, the roads are narrow and with a lot of zigzags. If you suffer from car sickness is not a good idea to travel there (just a thought!).

One thing that I found a bit unusual is that most hotels’ swimming pools are open to the non-guests. They often have a sign outside saying “all welcome” and it is usually free of charge (unless this has changed in the last years).
Plus if you are leaving the hotel early, you can ask them to prepare a picnic basket and it is also free of charge. Assuming you have breakfast included in your stay. I found this very thoughtful… 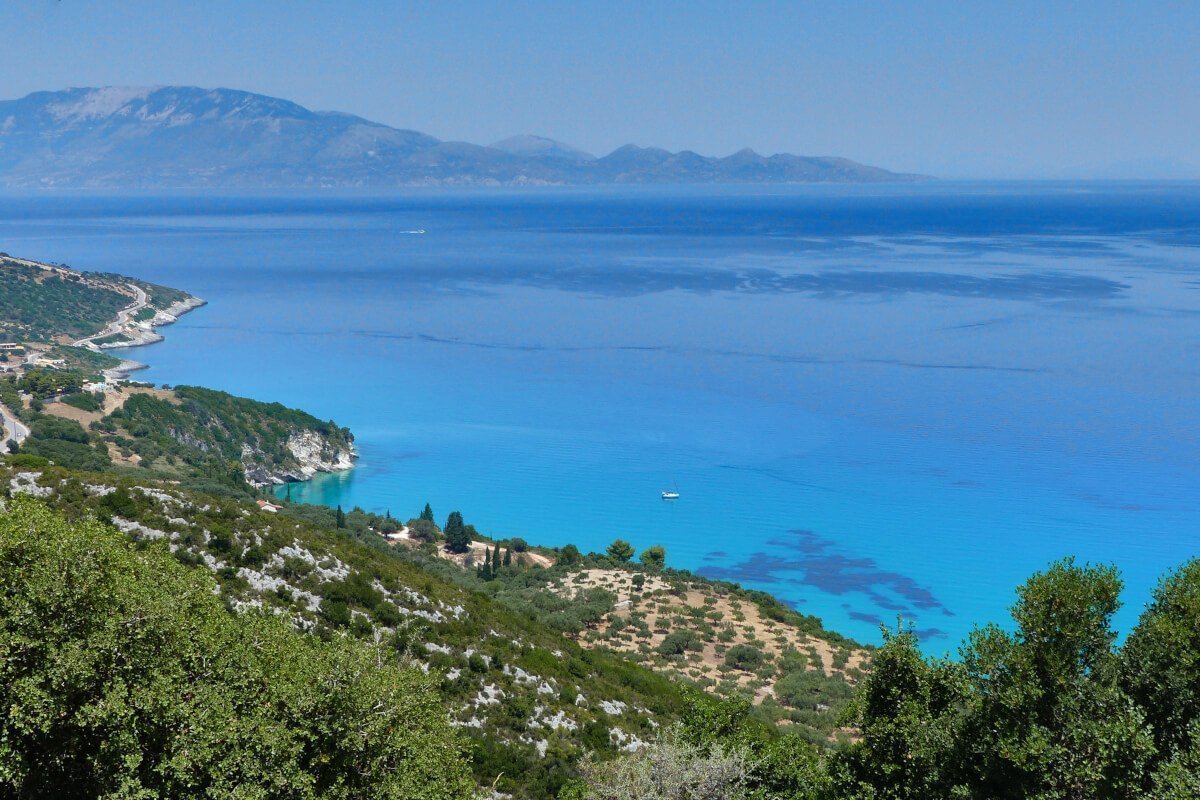 What to eat in Zakynthos?

The Greek cuisine is rich in taste and the locals love garlic, olive oil and herbs, and they frequently use it in traditional recipes.

– melitzanosalata: aubergines
– taramosalata: fish eggs
– tzatziki: yoghurt, cucumbers and garlic
– dolmadakia: grapevine leaves stuffed with rice
– tyropitakia: puffed pastry filled with feta, the Greek national cheese
– Skordalia: is a traditional side dish. It is a garlic mashed potato dip.
– Sartsa: beef cooked in a casserole with olive oil, tomatoes, garlic, Ladotyri cheese and a little oregano.
– Stifado: the traditional Greek stew, but in the region it is used veal instead of rabbit and fresh tomato, onions, olive oil and garlic.
– Skordostoubi: a traditional dish of Zakynthos. The aubergines (eggplants) cooked with tomato sauce, garlic olive oil and vinegar

And to finish off, why don’t you try some sweets? The traditional delicacies are: fytoura (pan-fried semolina cake), pasteli (sesame honey bar), mantolato, paksimadi, baklavas and kataifi. Typically, they have nuts, almonds and cinnamon as main ingredients. 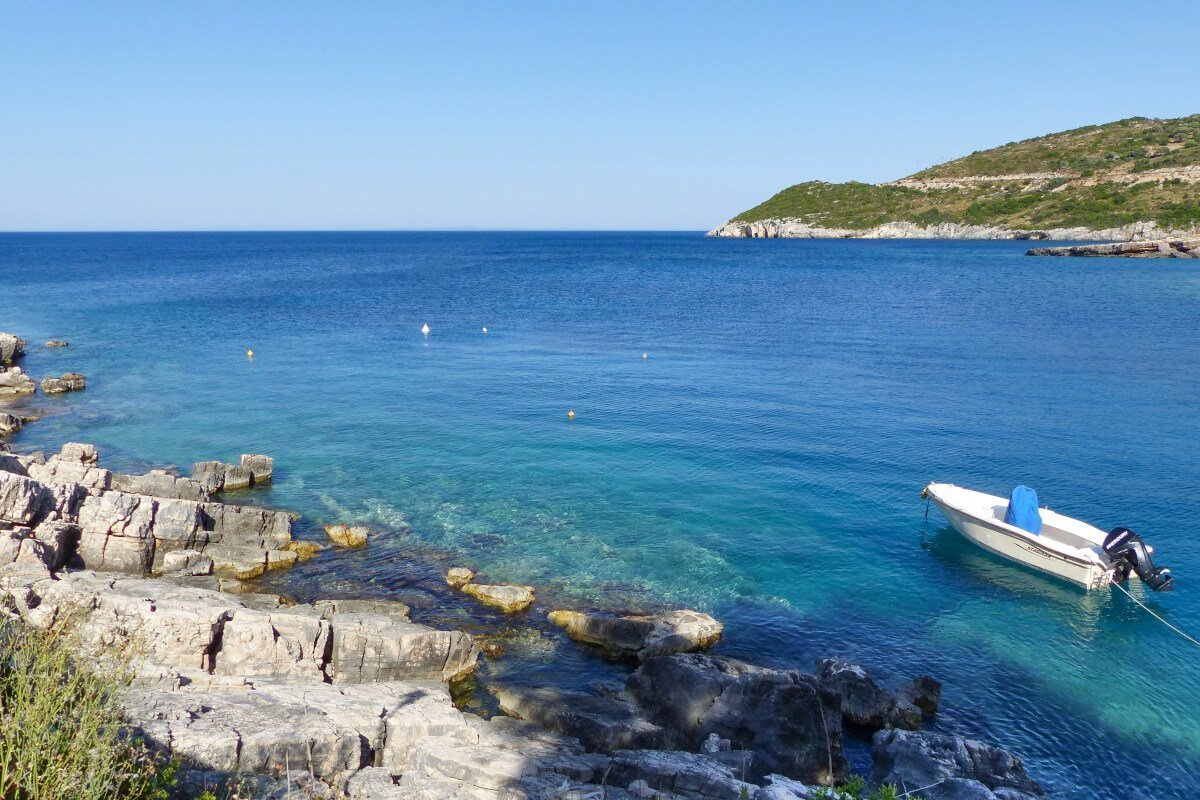 – most towns have quite a lot of newsagents shops
– if you need ice, try to buy at the gas station. It’s cheaper and better quality than the supermarket or newsagents.
– the Greek electricity voltage is 220 volts and a two pin European travel plug.
– the currency in Greece is Euro

I have a few posts about some of the beaches I’ve been to in the South, North, East and West. I hope you will enjoy! 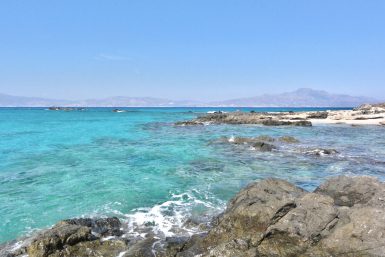 How to get to Chrysi Island in Crete, Greece? 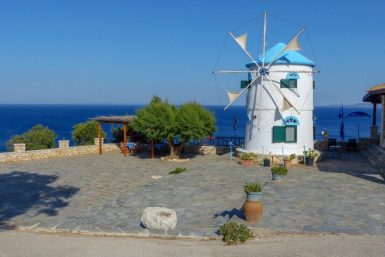 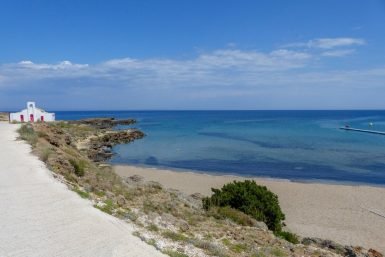