Home » The cute town of Jelsa in Hvar Island, Croatia

As I’ve mentioned in my previous post (here), in 2006, I’ve taken my first beach holiday in Europe in the wonderful country of Croatia, on the stunning island of Hvar, more precisely the cute village of Jelsa.
At that time, Hvar was quite unknown and not the “new Ibiza” as it is called in recent years. 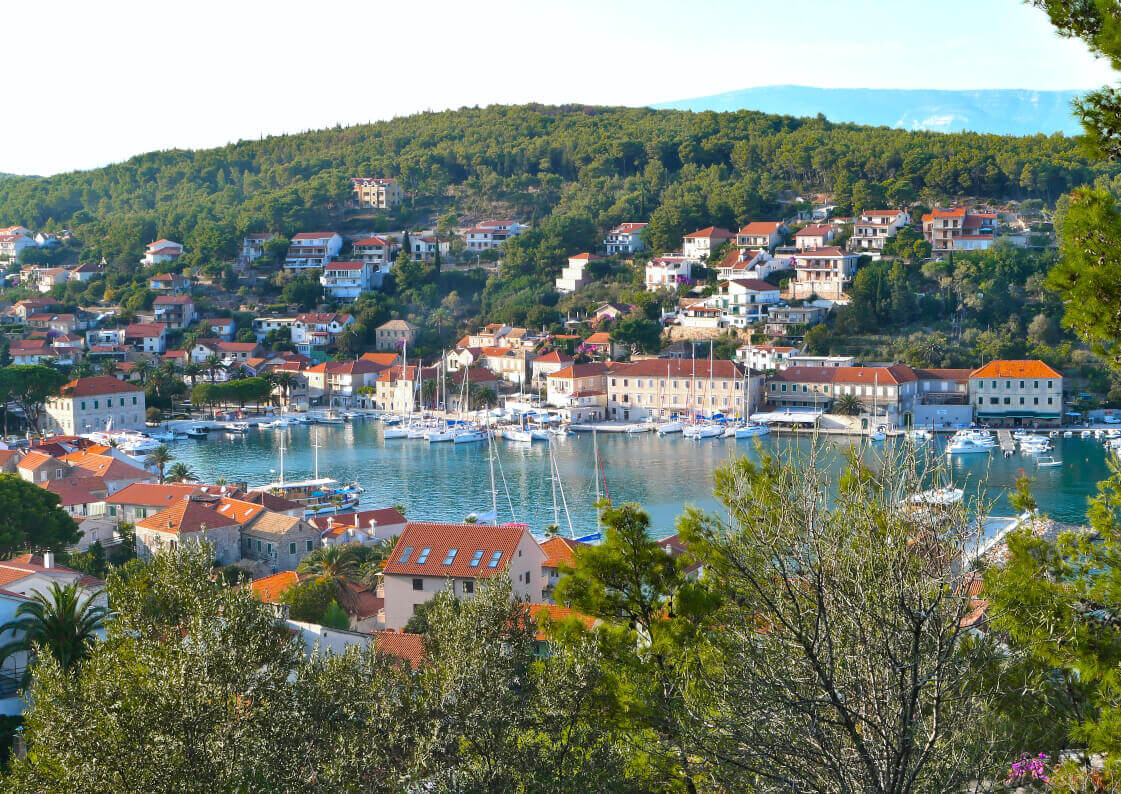 Anyway, over 12 years later I went back to Croatia for 5 days in the gorgeous island of Korčula (read more here) and 10 days at the Makarska Riviera, so one day we decided to take the ferry to revisit Hvar island and see how things changed over the years.

We drove to Drvenik and took the car ferry to Sucuraj. From there, we stopped in several beaches (read more here) and then went to Jelsa.
Jelsa is located in the north coast of the Hvar Island, only 27km east of the famous Hvar Town. 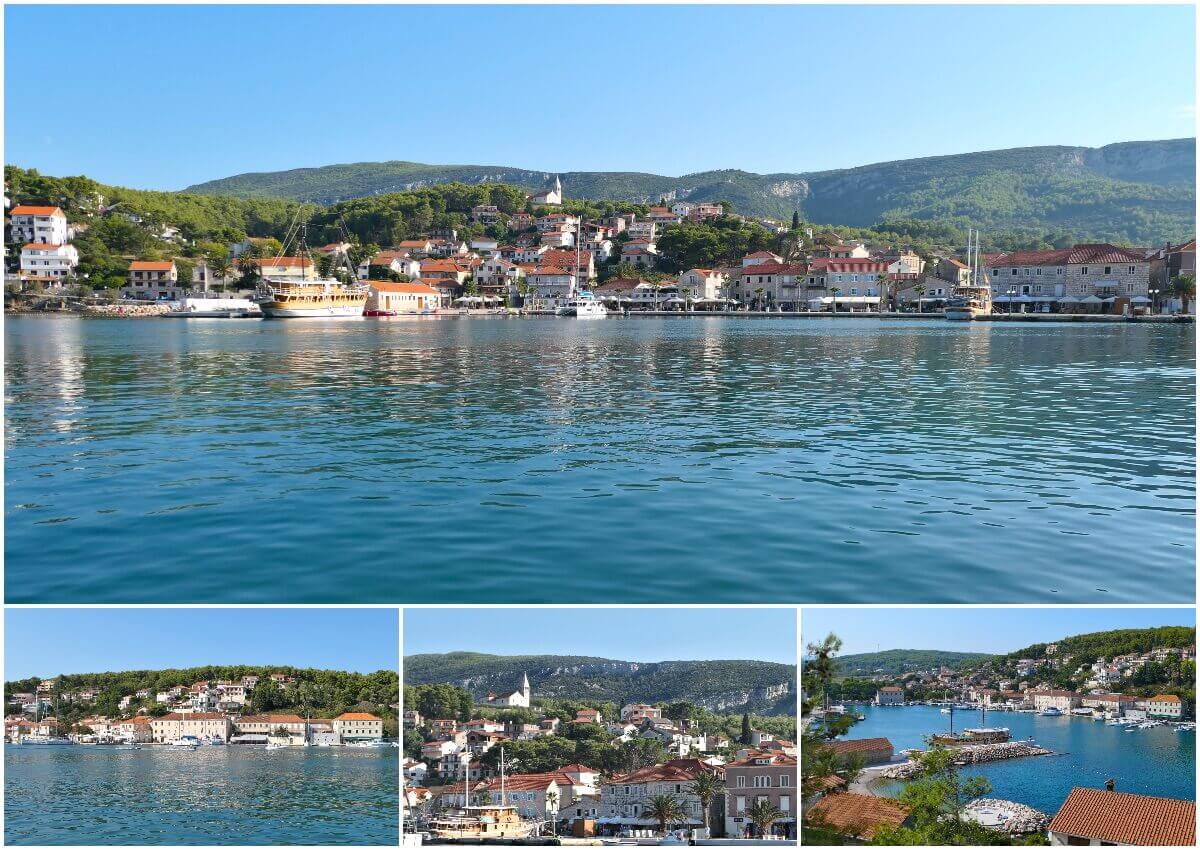 You won’t be impressed as by Hvar Town’s charming architecture but, then again, you won’t be in a crowd of tourist.

Of course, the village gets busy in the summer, but not even closer to the hustle of Hvar Town. And the plus side is the prices, way cheaper than the main town. 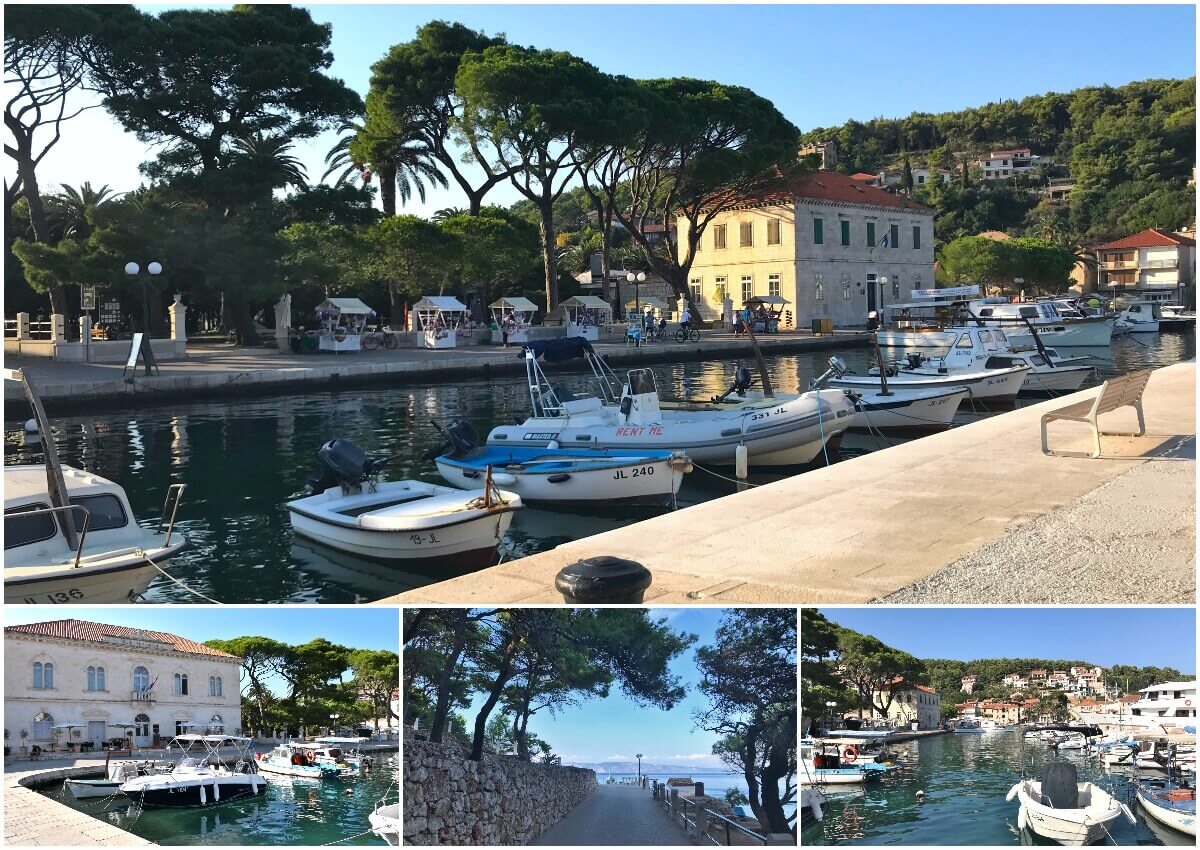 Still, the harbour village is lovely, and it is a good starting point to drive around and discover the outstanding beaches around the island.

Also to take the excursions to Grapčeva cave and Humac, Tor, Galešnik and the neighbouring villages of Svirče, Vrisnik, Pitve as well as the popular beach of Zlatni rat in Bol on the Brač Island (which I highly recommend). 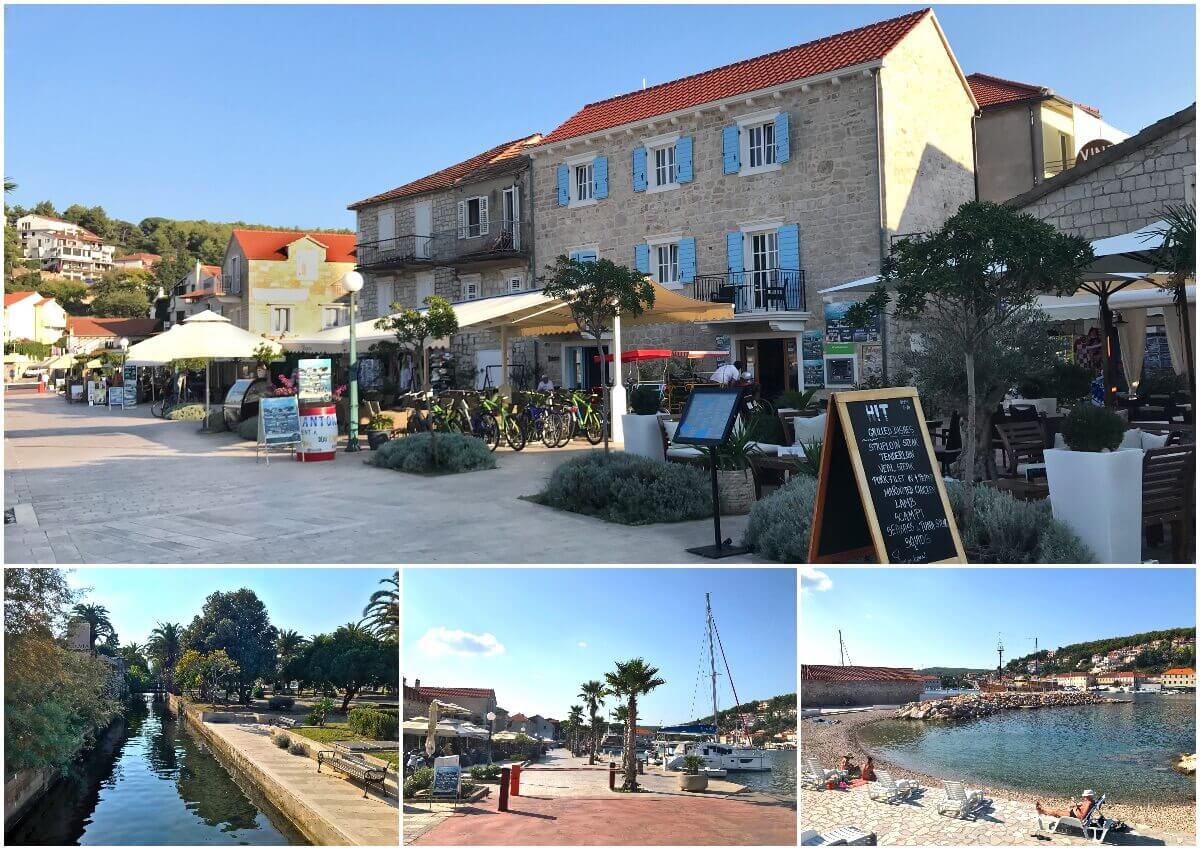 The smells of the pine forests surrounding the little town, the nearby sand beaches, various vineyards and olive tree plantations, as well as the cultural landmarks, have made Jelsa an attractive holiday destination. 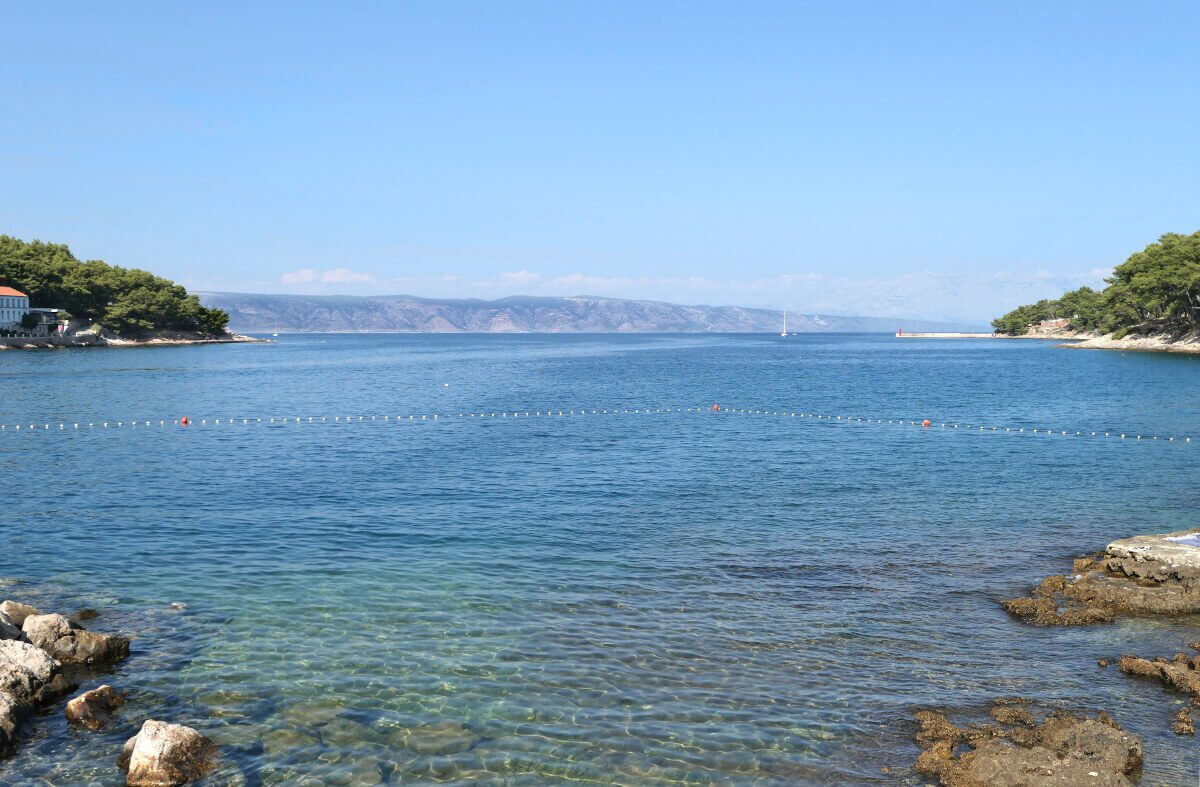 At the town centre, you will have several cafés, restaurants, art galleries, souvenir shops, numerous churches, squares and parks.
The main town square is called Pjaca, and in the summer, it has live music and people dance and enjoys their summer holiday. 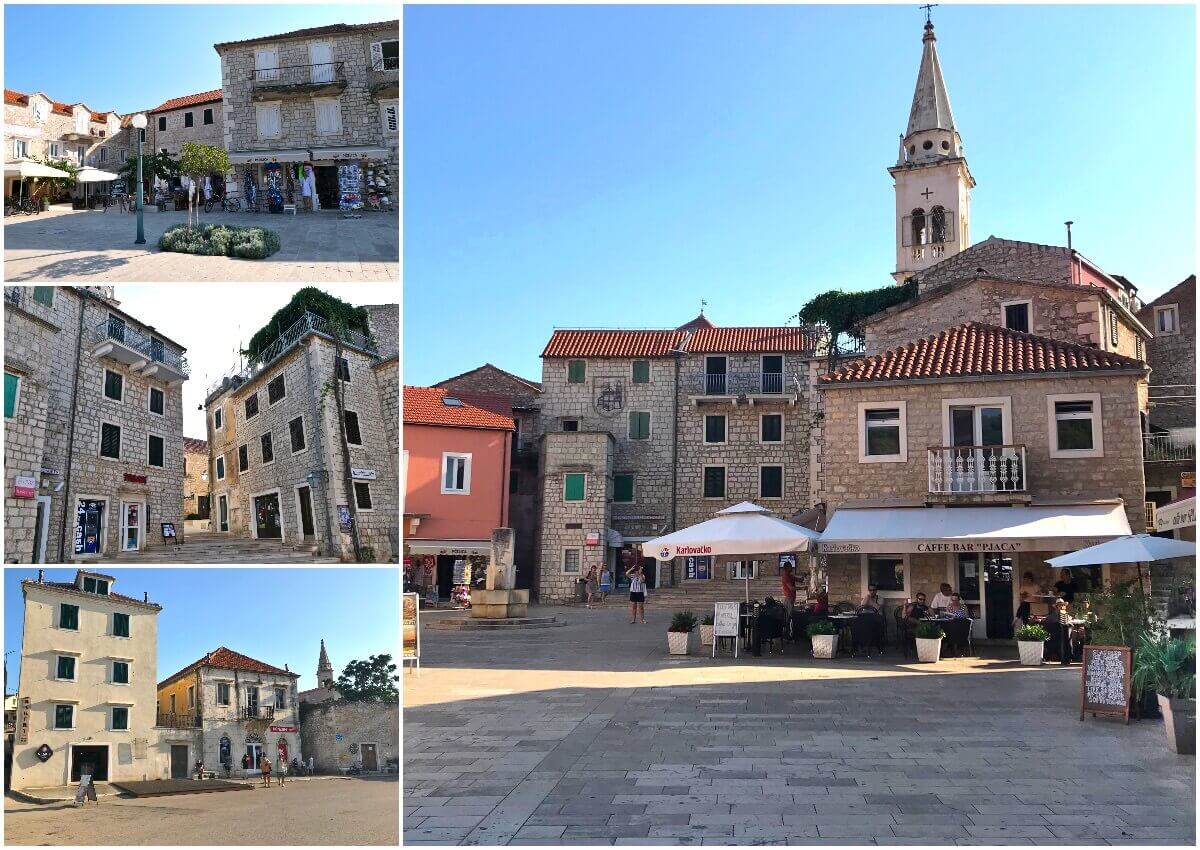 Every year, in the last week of August, Jelsa has a Wine festival called “Fešta vina” with food, wine, music and loads of entertainment.

As we were in the Makarska Riviera, the easiest way was to drive to Drvenik and take the car ferry to Sucuraj, at the southeastern tip of Hvar Island and then drive to Jelsa. If you are in Dubrovnik, the same route is adopted.

If you are coming from Split, then Jadrolinija’s Split-Bol-Jelsa line operates daily all year.
Otherwise, catch a boat or ferry from Split to Stari Grad (2 hours) or Hvar Town and then drive or catch a bus to Jelsa.
Just bear in mind that there are no car ferries between Split and Hvar Town, only at Stari Grad or Sucuraj.

If you are coming from or to the island of Korčula, the best way is to take the Krilo boat. For more info, check their website here.
Or the Jadrolinija ferry, from Hvar Town to Vela Luka. More info here. 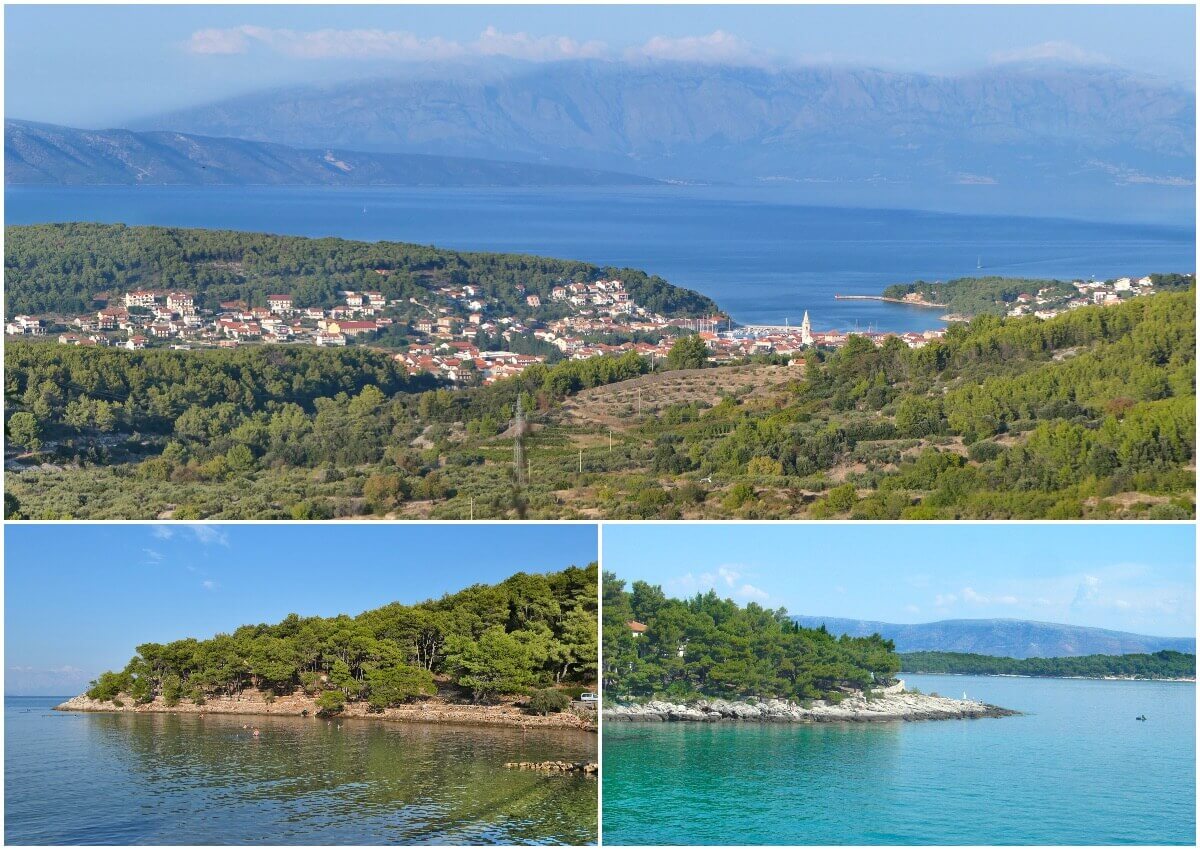 Even though I’m not particularly eager to revisit places that I’ve been to, especially if I love it on the first time and I’m afraid the second time can break the enchantment, it was lovely to see how Jelsa was after all those years.

In my opinion, if you would like to go to Hvar island but are looking for a more reasonable price range, Jelsa is a good option.
I hope you have a lovely time and enjoy your holiday!