The Principality of Monaco is the second smallest country in the world after the Vatican, and despite that, it is the most densely populated.

The country is part of the charming French Riviera (Côte d’Azur in French), and it is famous because of the casinos, Formula One and the glamorous lifestyle with designer boutiques and chic restaurants.

It is widely recognised for being one of the most expensive and wealthiest places in the world. 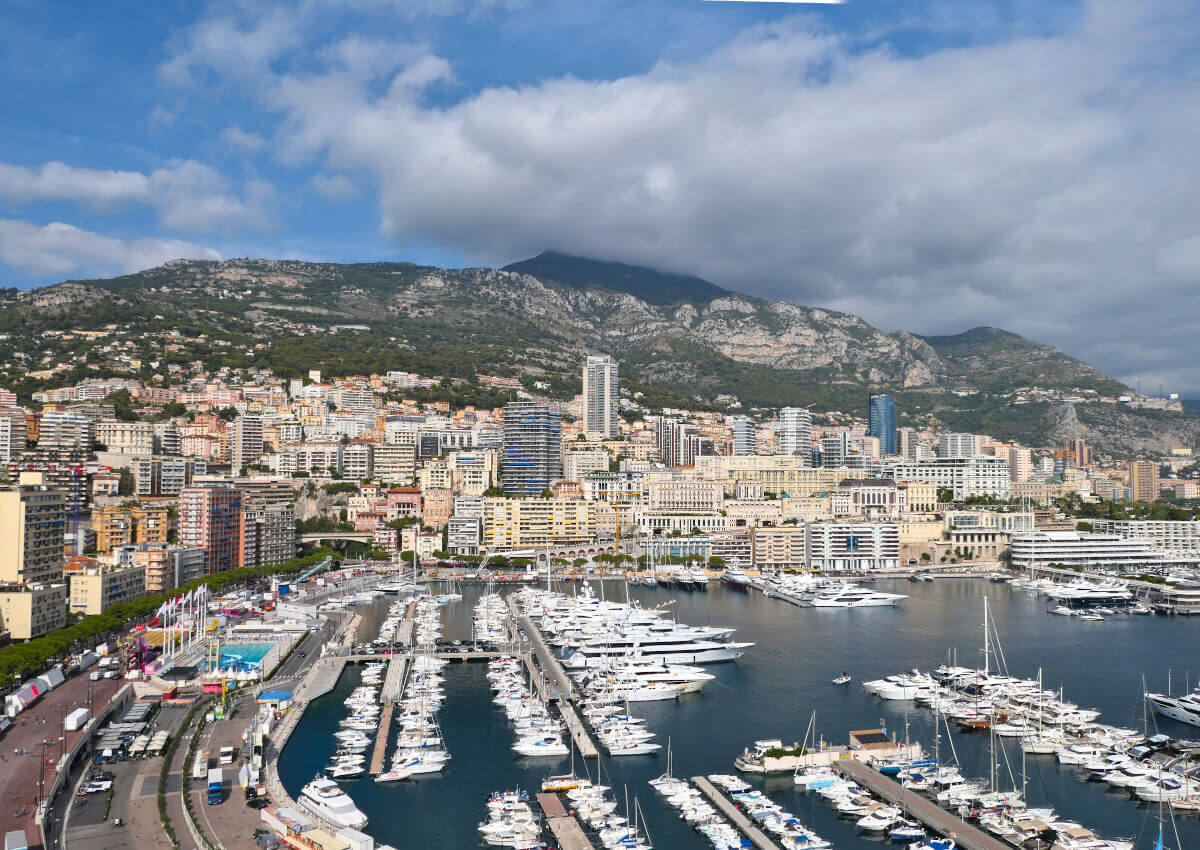 We went to Monaco in October, and the weather was lovely. We got sunshine both days with around 24º degrees during the day and about 20º in the evening.
Most people do a day-trip coming from somewhere at the French Riviera and spend the day in Monaco. However, we decided to spend one night to see how the nightlife is over there.

But, as it was Sunday, everything was quiet and without many people walking around. So we had dinner at the Monte Carlo Casino and drove throughout the city to see how it is at night.

The Casino de Monte Carlo is one of the most prestigious casinos in the world. There are several gambling rooms which are decorated in a variety of themes, and it’s worth to have a look, even if you can’t afford to gamble.

It is said to have been the setting for the James Bond movie Casino Royale.

If you don’t want to go inside, make sure you have a look at the beautiful Casino Square, in front of the Casino, as well as the Hotel de Paris and the opera house. 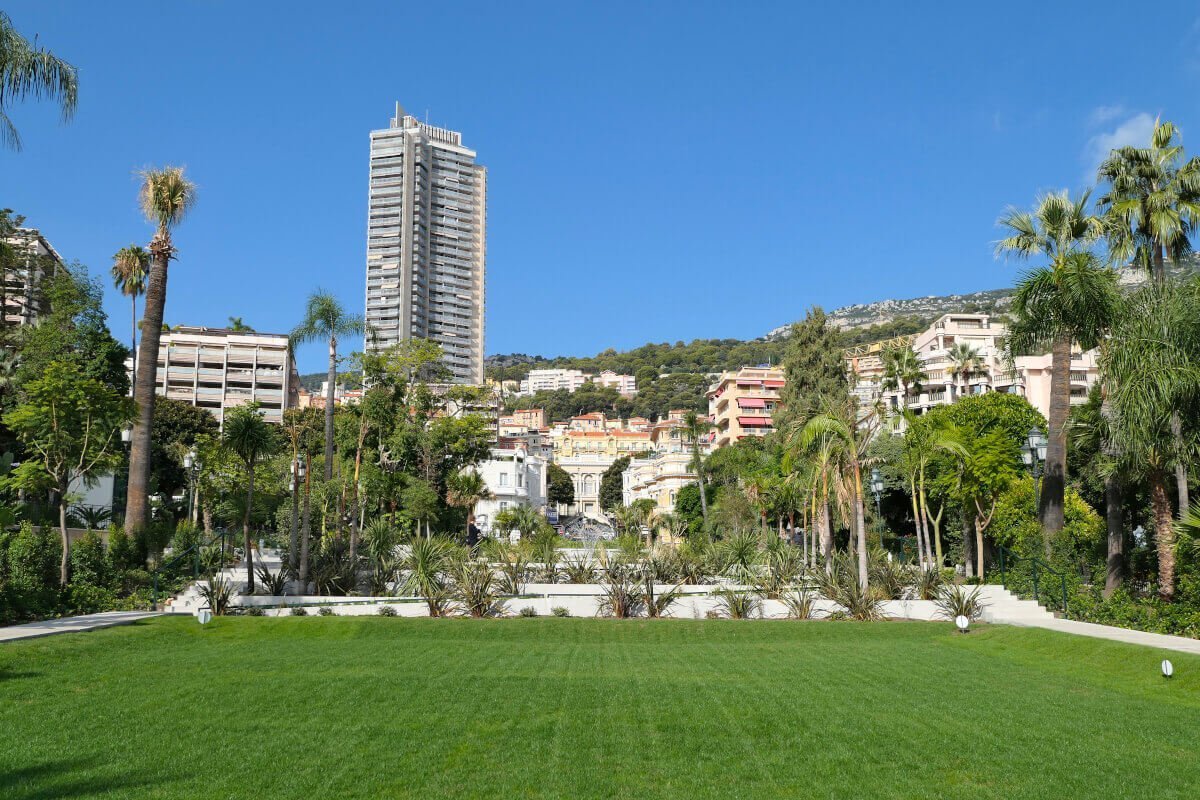 If you would like to dine at Casino Monte Carlo, there is an excellent deal where you pay €17 per person to enter, and this amount can be deducted at table games or, if you prefer, at the Le Salon Rose restaurant, if you spend €30 per person.

Although if you don’t want to go to the restaurants and you don’t plan to gamble, you can still visit the Casino. However, you can only enter the first room for free, and admission to all the other casino rooms costs €17.

On the first room and at the restaurants, photographs are allowed. Yet, inside the game rooms, photos aren’t allowed.

During the day, we caught the tour bus “Monaco – Le Grand Tour” service.
The hop-on-hop-off bus will whisk you around Monaco’s tourist attractions in around 1 hour and 15 minutes if you don’t stop.

During high season (March to November), the bus passes in each stop every 15 minutes. And at the low season (November to March), every 30 minutes. Both seasons starting at 10 am.

The suggestion here is if you are close to Casino Monte Carlo, walk and take the bus at the Japanese Garden, as there are fewer people than at the Casino stop (where we tried and there were so many people that we gave up).

Several tourist attractions are close to each other, and if you prefer, you can do everything walking.
Just remember that the city is part of the Alps and therefore the streets are steep and with a lot of stairs.

But if you fancy, you can take the public Monaco’s bus system. One trip costs €1.50 if you buy your ticket from a vending machine or €2 on the bus itself. And for €5.50 you get unlimited travelling for a day.

For Formula 1 lovers, it is worthwhile to do the circuit and see all the way the drivers go.
We did some parts walking and the entire circuit by car which takes around 8 minutes in total (depending on traffic). The starting point is on Boulevard Albert 1er.

Also, the old apartment of Ayrton Senna, after much research, I found that it is close to Jardin Japonais, on Av. Princesse Grace and the building, I believe it is the Houston Palace.

– The official language is French, but Italian, Monégasque and English are spoken as well.
– The currency is Euro €.
– The stores are closed on Sunday.

– The flag of Monaco is one of the world’s oldest national flag designs.
– They claim to be one of the most secure countries in the world, with a 24 hour video surveillance system that covers the entire city.
– Monaco is smaller than Central Park in New York City or only 1.5 times the size of Hyde Park in London.
– Country residents are prohibited to gamble.
– It is one of the richest countries per capita in the world and more billionaires per capita than any other country.

The nearest airport is in Nice Cote d’Azur Airport (read more here), which is 30km. From there, you can rent a car, take the train, catch a bus or hire a helicopter or a yacht.

By helicopter
If you wish to reach Monaco in style, you can hire a helicopter from Monacair. The journey takes only 7 minutes. They also do a 20-minute helicopter tour. For more info, check their website here.

By train
For the train, you need to go from the airport to Nice-Ville station, then take on the TER service to Monaco. The trip takes around 20 minutes and costs about €4. More info here.

I found Monaco an exciting city/country to visit, but it doesn’t have the same charm compared to other towns nearby.
Don’t get me wrong, I think the city is beautiful, with impressive architecture, the marina with all its glamour and sophistication and it was the cleanest place I have ever visited. 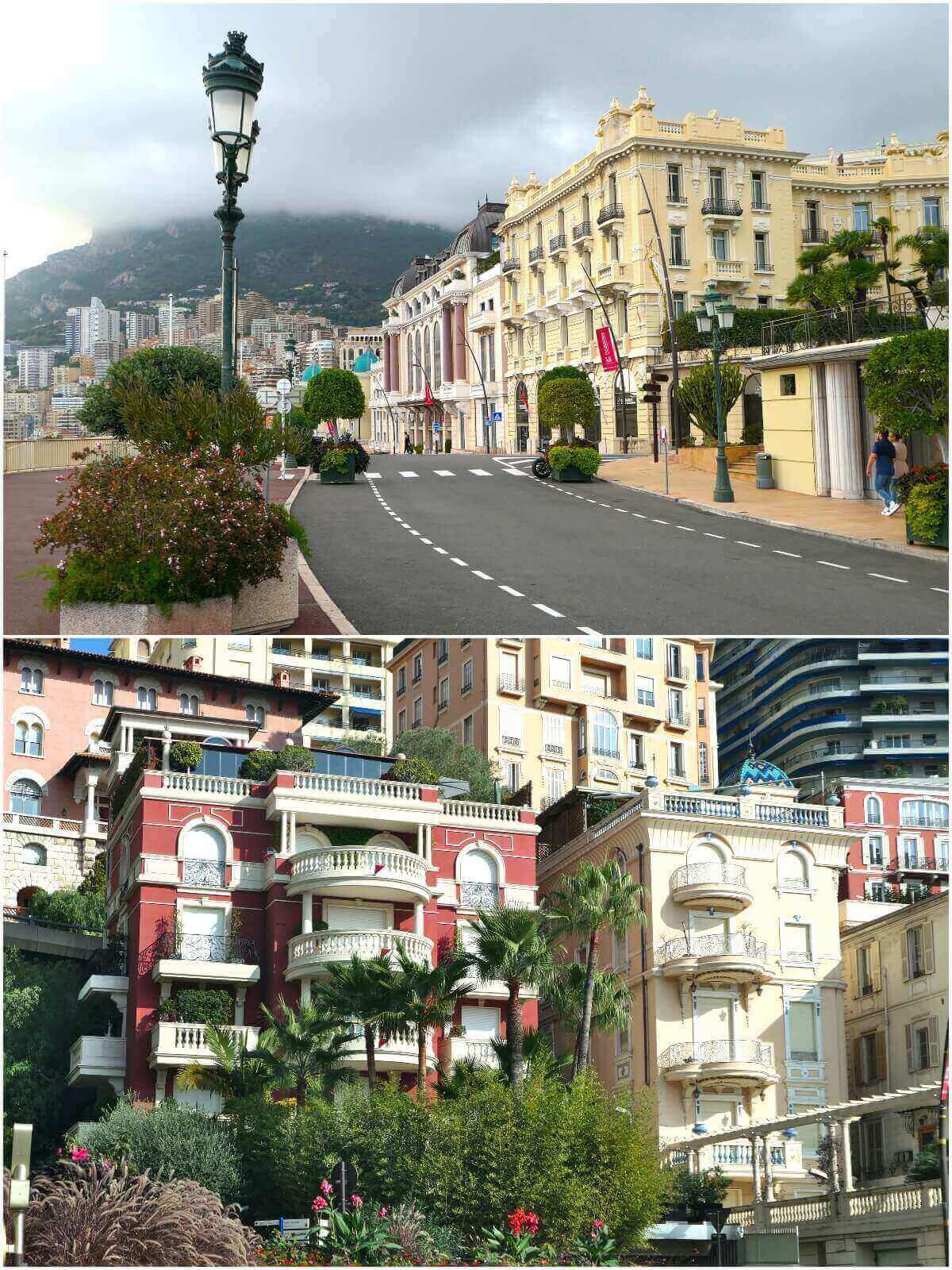 But if you are looking for those towns with little lanes or beach vibes, Monaco is not the ideal choice.
If you would like to know about the tourist attractions in Monaco, just click here and for the old part of Monaco, click here.
Have a lovely day! 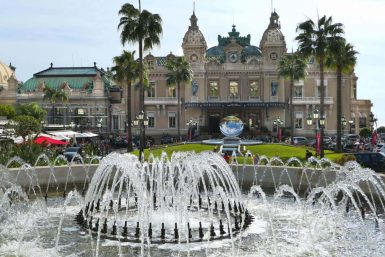 What to see in Monaco? 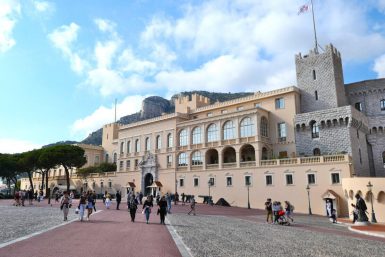 What to see in Monaco Vielle?