Nice or Nice la Belle as it is often called, is the seventh most populated city and one of the most popular tourist destinations in France.

Located on the south-east coast of France, the town is approximately 13 kilometres (8.1 mi) away from the country of Monaco and 32km from Cannes. 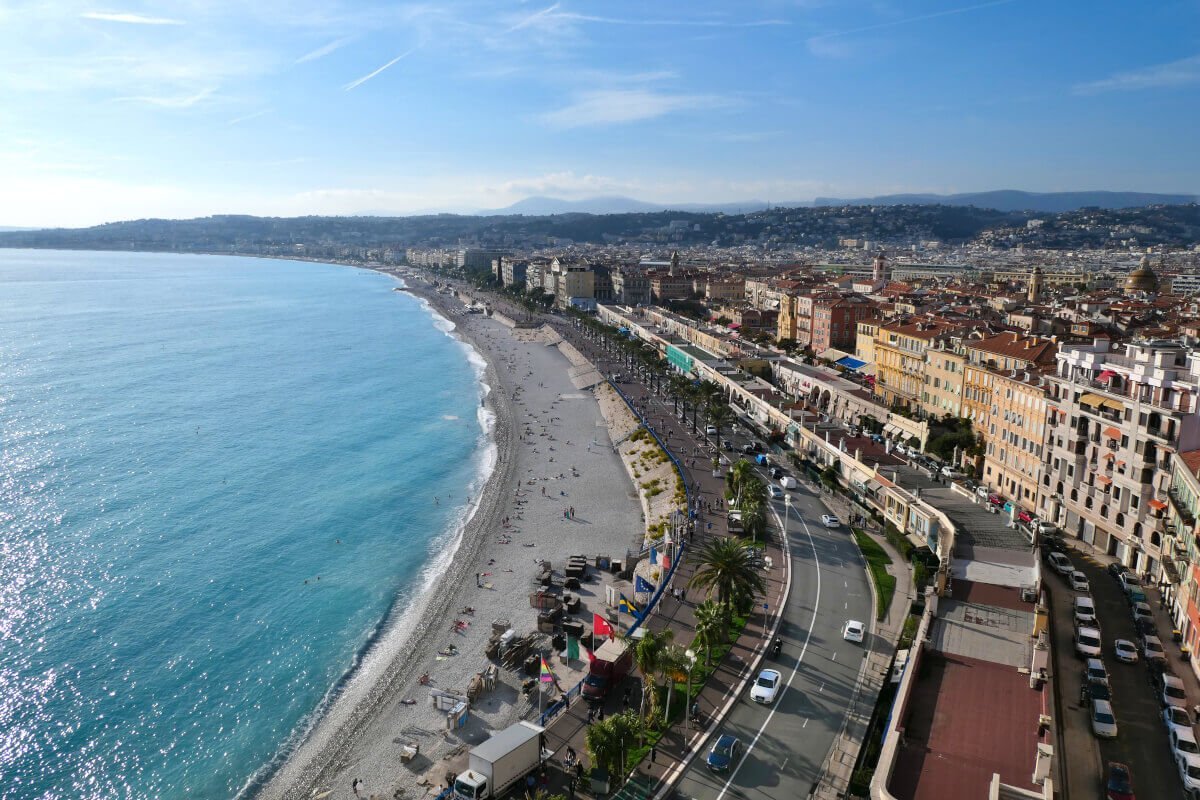 The “capital” of French Riviera or Côte d’Azur (in French) is right between the mediterranean sea and the mountains and it has a wonderful climate with the sun shining around 300 days a year. Isn’t it that wonderful? 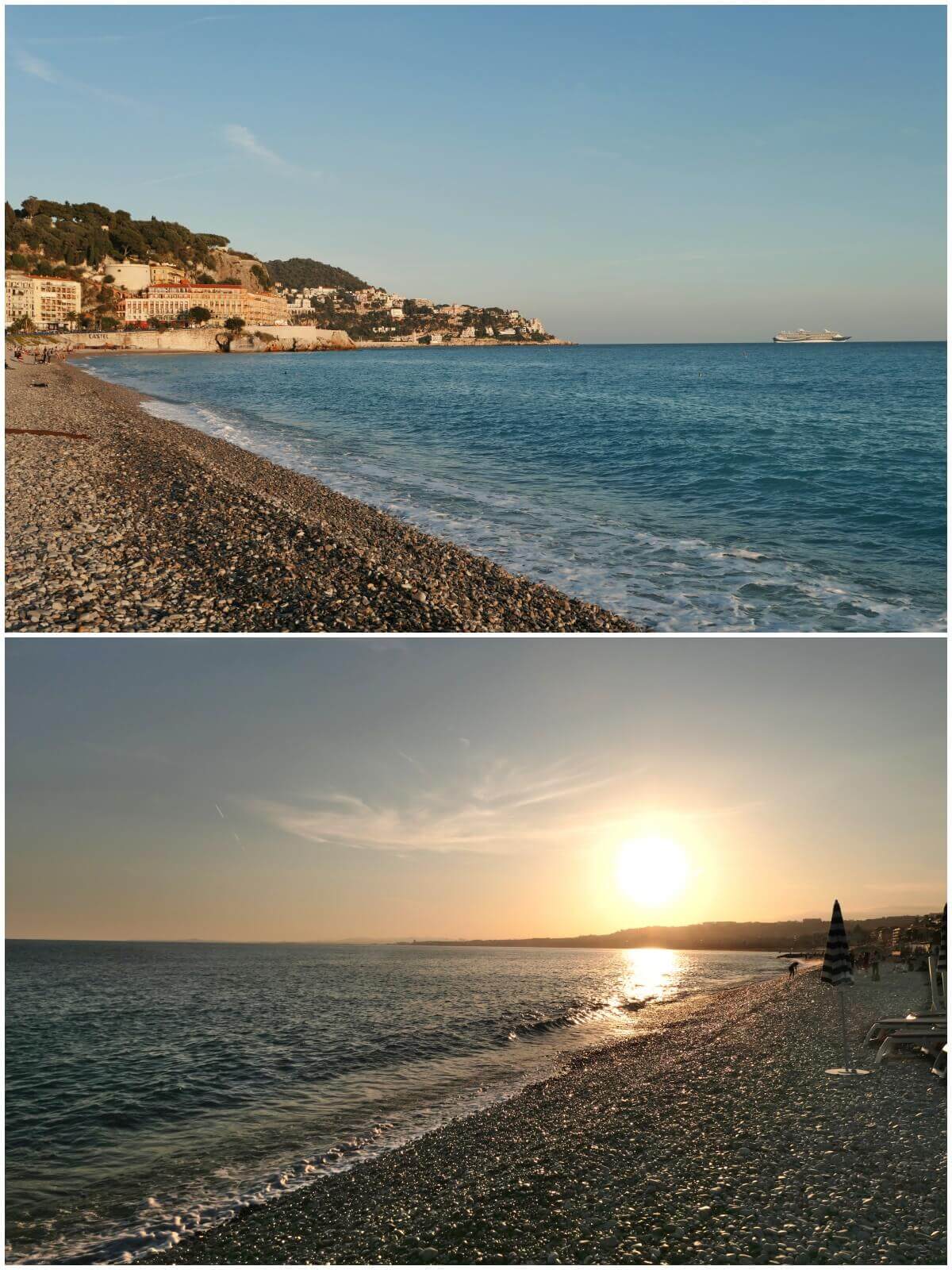 We went there in October, and the weather was brilliant. We had sunny days with the temperature reaching 24°C during the day, and in the evenings around 20°C.

One thing I found interesting was that even though it was out of season, the town was packed.
The Old Town bars and restaurants were always with loads of people, and some were even hard to get a table.

Hence if you want to go to dinner at a particular restaurant, I think it’s best to book a table in advance, particularly in the summer, which I can only presume how crowded the French Riviera is.

Nice can be seen in about two days, but you can easily add a few more days to explore a few of the surrounding towns like Villefranche-sur-Mer, Cap Ferrat, Èze and the country of Monaco, as I’ve done it.

How to get to Nice?

The Aéroport Nice Côte d’Azur is only a few miles from Nice, and it is quite easy to get to the city.

We took the tram to reach central Nice, and in my opinion, it is the quickest and cheapest.
The tram was opened in 2019, and it has three lines.

From the airport, you take Line 2 (west-east) towards Nice’s Port Lympia, and it takes around 25 minutes to get to the Jean Medicin Station.
It costs €1.50 one-way (the ticket for one journey allows you to make changes and you can use it within 74 minutes).
Just bear in mind that the machine does not take bills and only takes credit cards with a microchip or coins. 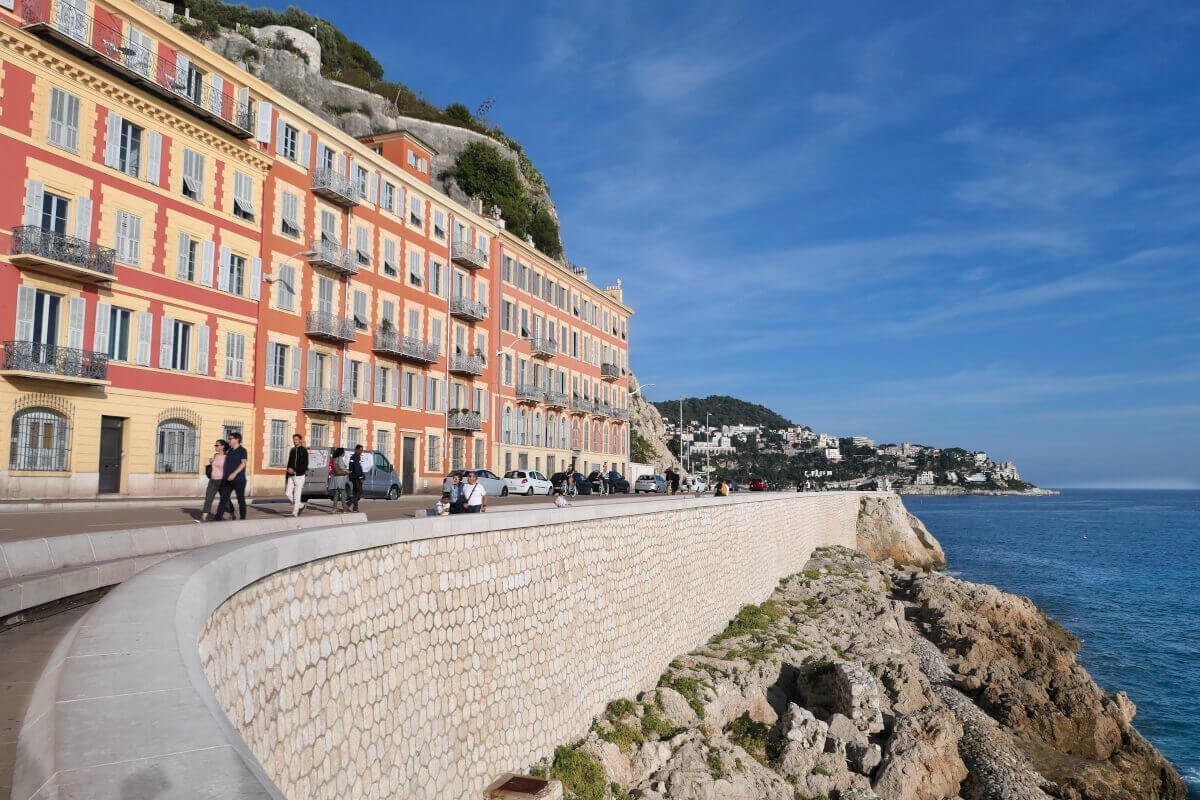 However, you can take a taxi with a fixed rate of around €32 (including luggage) or an Uber that costs approximately €20-€25.

The buses are a bit slower, and you can take the 98 if you want to go to the beach hotels or Old Nice and 99 if you’re going to go to the main Train Station, which costs €6/ticket. Several city buses connect the city with the airport for €1.50, but it’s slower and not handy with luggage.

The Nice-Ville Train Station has several trains coming from other towns like Paris, Avignon, Marseille, Geneva and many more. 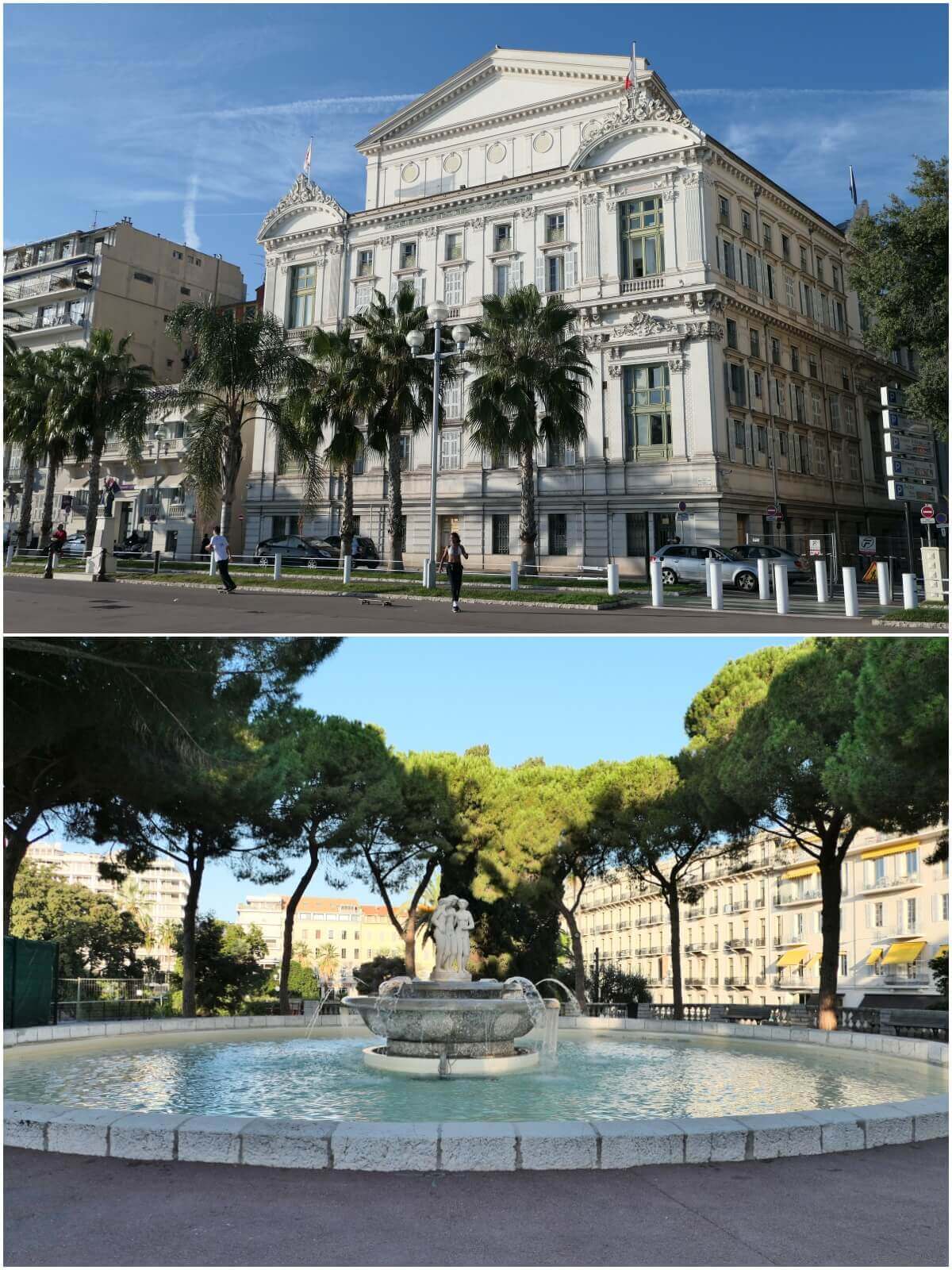 I think the best way to see the tourist attractions is by tram and we pretty much walked throughout.

The bus was a good option before, but with the tram, the coaches can not go to some roads, and I have to say that I found it a bit unreliable as well.
For instance, we wanted to go to Villefranche and Èze by bus, but the timetable was a mess, and it never arrived on time or sometimes, the bus didn’t show up at all. 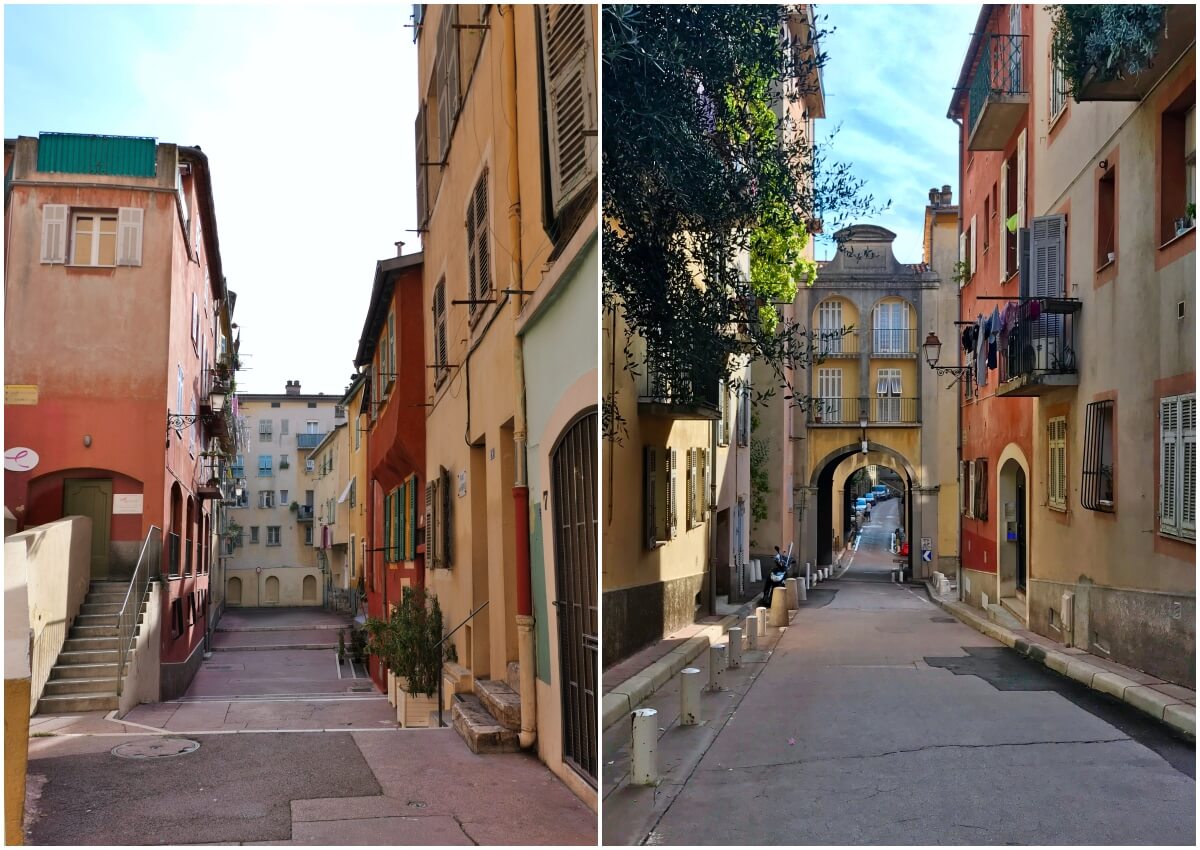 – Download the Lignes D’Azur app so you can check the timetable for the tram and buses.

– If you would like to visit some of the museums, buy the French Riviera Pass as it includes free or discount access to various museums and many activities in Nice and the neighbouring towns. The pass can be purchased as 24h(€26), 48h(€38), and 72h(€56) or you can add €4 per ticket, which includes free pass on the Métropole Nice Côte d’Azur public transport network.

I hope you have a lovely time in Nice as I did. And asap I will write about the day trips I’ve done while there.
As for the tourist attractions in Nice, just click here. Enjoy your day!