Land’s End or also know as West Penwith, is one of Britain’s most treasured landmarks, famous for the gorgeous scenery and for being the western point of England.

The “beginning and the end” of Great Britain it is either the start or finishing point journeys among John o’Groats in Scotland.

The distance between the two sites is the furthest you can travel on mainland Britain in almost a straight line.
Several athletes from all around the world make this journey to raise money for charity. 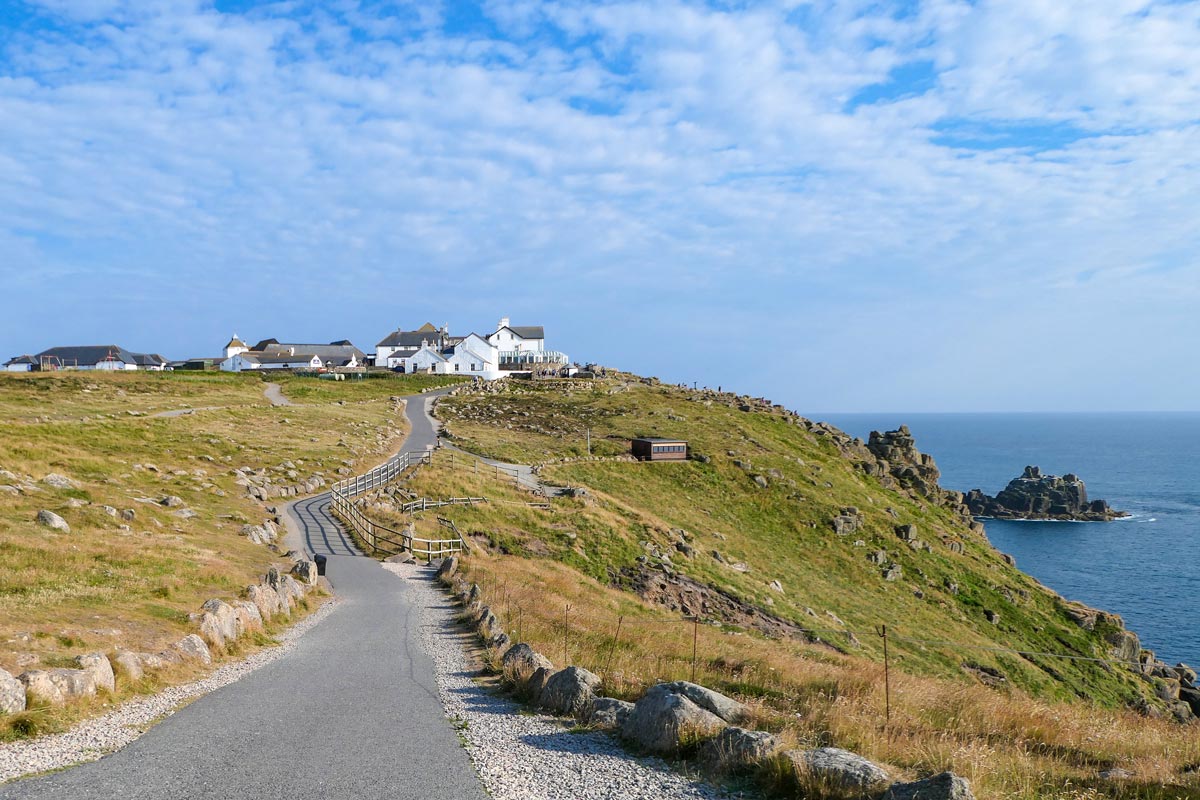 Land’s End is a legendary Cornish destination that had inspired people since the Greek period when it was called ‘Belerion’ – Place of the Sun.

Aside from the breathtaking views and clifftop trails, the tourist complex incorporates pay-as-you-go family attractions, a visitor centre, an air-sea rescue motion theatre, shops, cafes, galleries, a restaurant, the Greeb Farm and an RSPB wildlife discovery club.
There is also a spectacularly-placed hotel, which is a prosperous wedding venue.

There is also a cottage built in the 19th century called “First and Last House”. As the name suggests, this is the first or last house in mainland Great Britain. 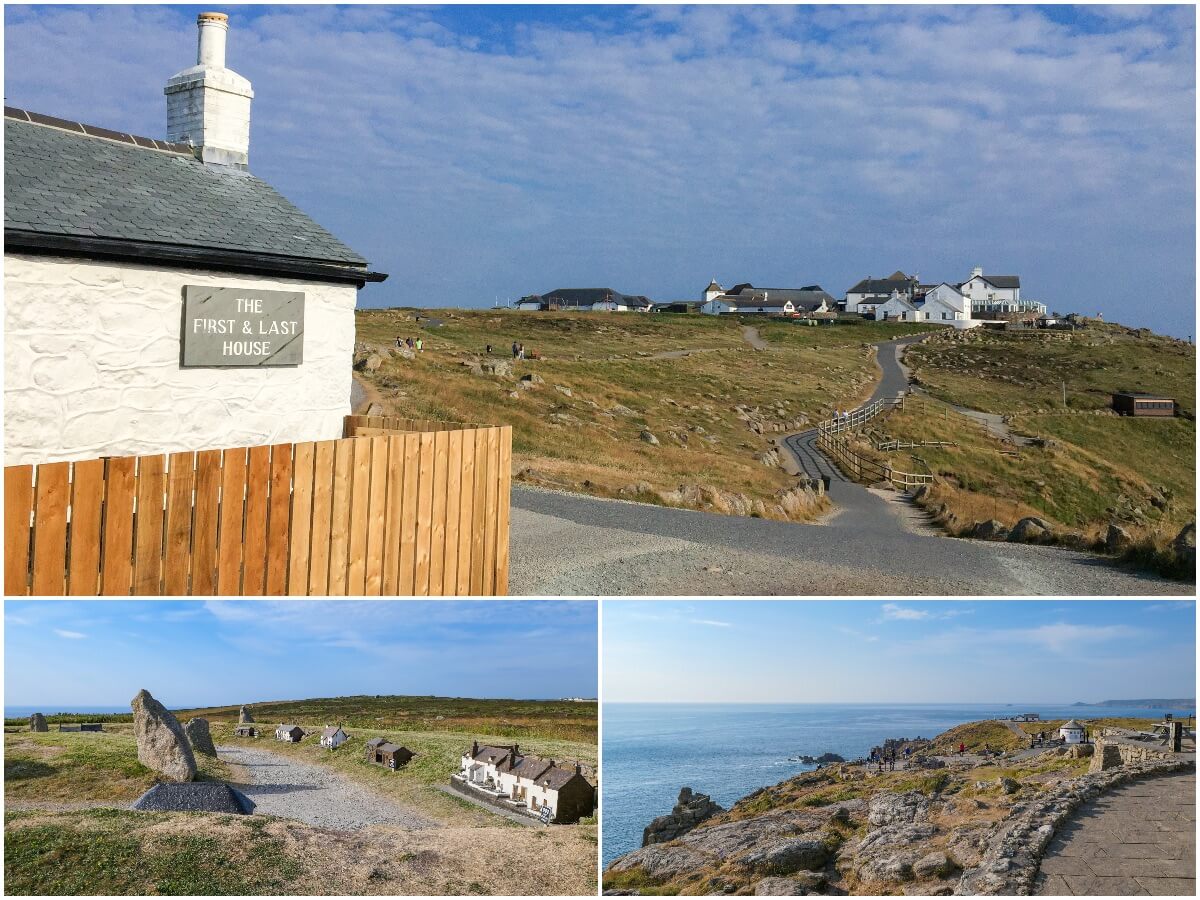 And to make things even better, the entire natural clifftop experience of Land’s End is free of charge to enter – you only pay for car parking.

Thus it makes sense that the place is one of Cornwall’s most popular destinations and the most visited outdoor tourist destination in England throughout the whole year.

From the cliff, you can see a group of small islets known as The Longships a mile offshore, and with the fantastic views of the Atlantic Ocean, sometimes you can spot sharks, seals and dolphins. 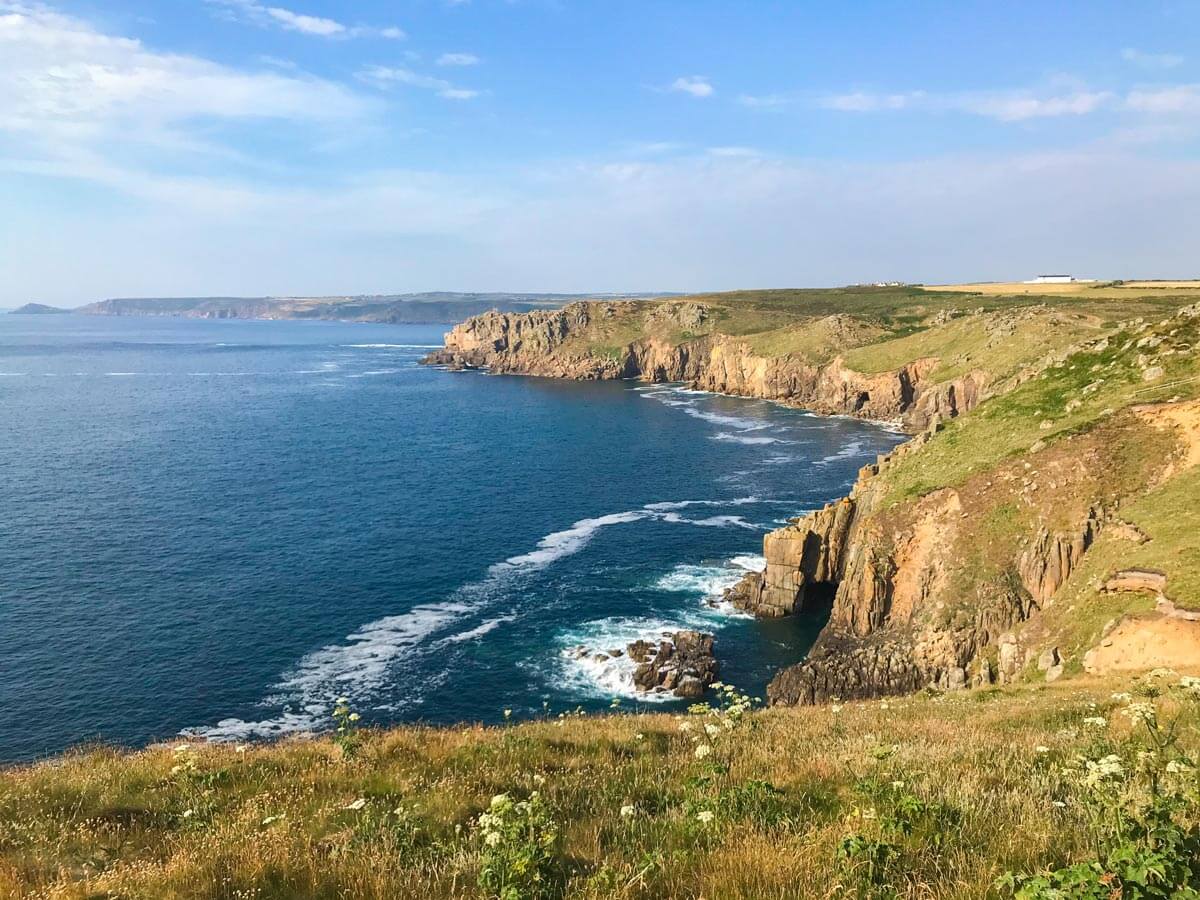 The iconic Land’s End signpost was set in the 1950s when a local family-run business established it. Nowadays, a local photography company owns and operates this signpost.

For a small fee, you can have your hometown’s name put up on the sign and your photo taken in front of it.

The cool thing is that they calculate the distance from Land’s End to thousands of cities worldwide, completing your sign with the number of miles to the nearest city.
It is such a shame that the day we were there, the photo company was closed. 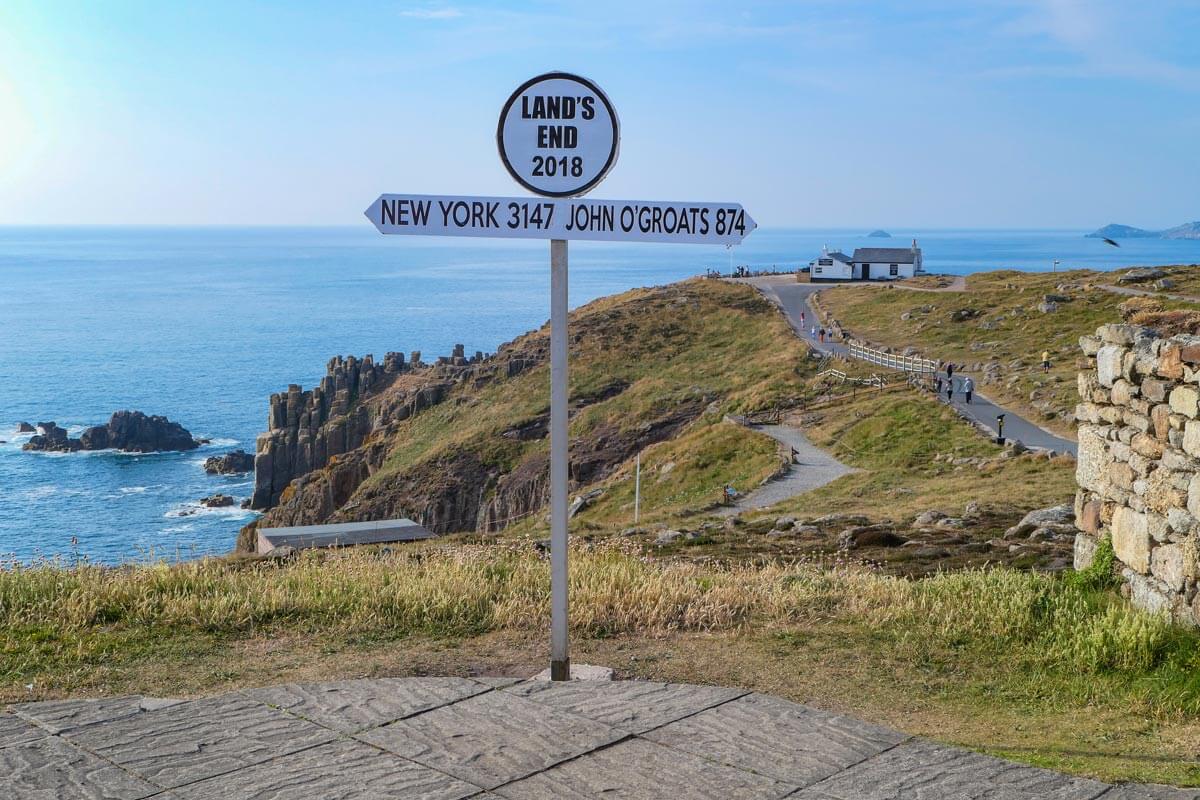 Another exciting part of Land’s End is that the legendary South West Coast Path, the longest trail in the national territory of England, passes through there.

The route is around 630 miles (1,014 km), crossing over the entire southwest coast: Somerset, North Devon, Cornwall, south of Devon to finally finishing in Poole, Dorset.

Some of the most spectacular sections of this trekking challenge are found near Land’s End. For more information about this trail, enter here and here.

By car:
Address: Land’s End, Sennen, Cornwall, TR19 7AA
There is an all-day car park, and they advise to pre-book. To do so, click here.

By Train:
The nearest station is in Penzance (9 miles). To complete your journey, you’ll need to go by taxi, bus or hire a car.

By Bus:
The First Group co-ordinate bus services from the station in Penzance. Designated bus routes are 1/1a and 1b, but bear in mind that the local bus services are irregular, hence planning in advance.

– Porthcurno – read more here.
– Geevor Tin Mine – the largest preserved mining site in the United Kingdom;
– Sennen Cove – a surfing beach with a mile of golden sands;
– the south path goes through some of Cornwall’s finest and most unspoilt coastal scenery. 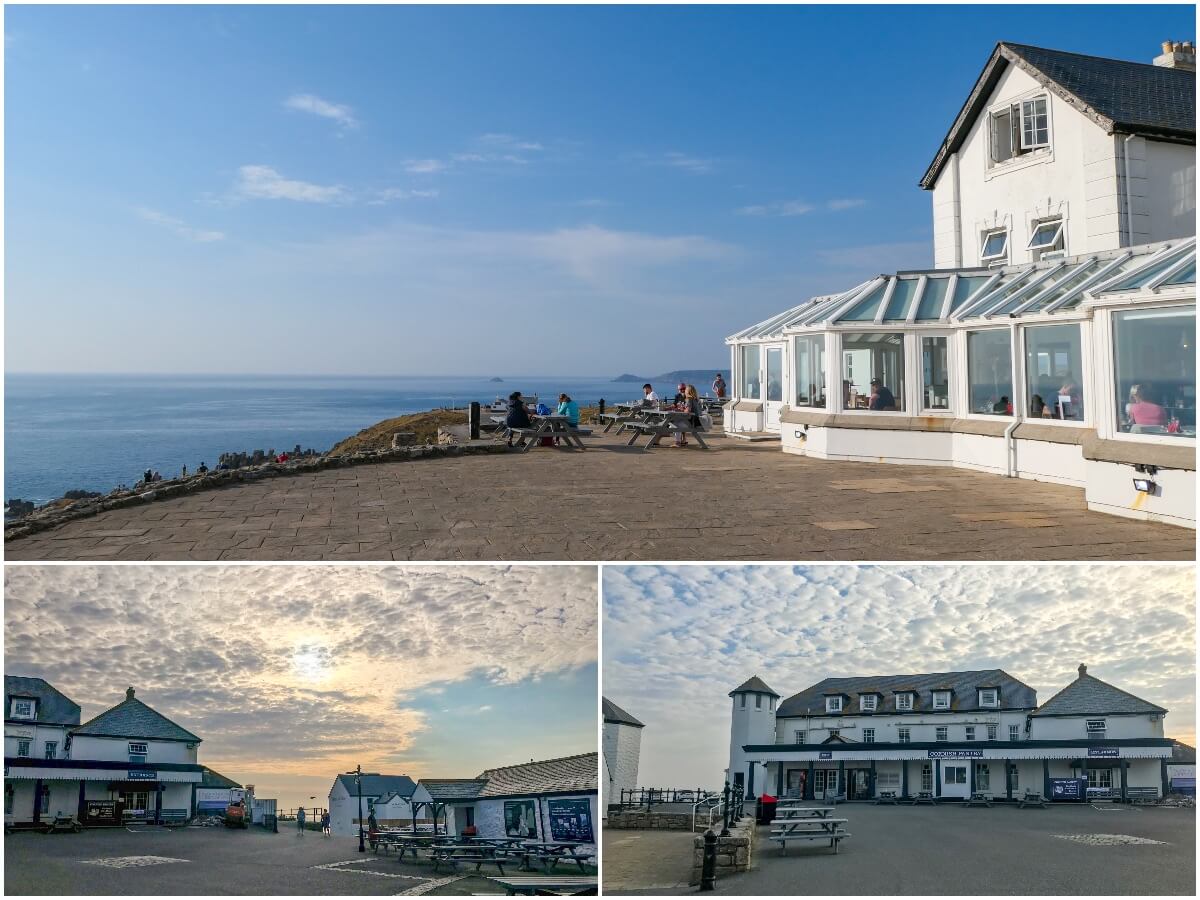 Land’s End is part of the “Area of Outstanding Natural Beauty” (AONB) for an immeasurable reason.

To clarify, an Area of Outstanding Natural Beauty is a specified outstanding landscape in England, Wales and Northern Ireland, in which the unique character and natural beauty are precious enough to be protected in the national interest.

So, the unique location and stunning landscapes make Land’s End a must-see destination in England.

Have you ever been to Land’s End? If yes, be sure to share your adventure with us. And if you haven’t, but would like some information, leave your message below. 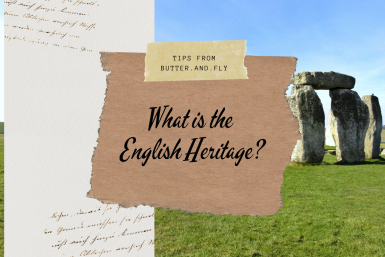