Killin and Callander Villages in Scotland

After spending the day in Glenfinnan and Glencoe, we headed toward Callander, but on the way, we drifted a bit and discovered the beautiful little town of Killin.

The village is small, and it is located at the western end of Loch Tay. Since Loch Tay is a popular destination for salmon fishing and water sports, the town is an excellent place to stay and ideal for those adventurers who like to explore nature, as being on the edge of the Ben Lawers National Nature Reserve and Loch Lomond and Trossachs National Park. 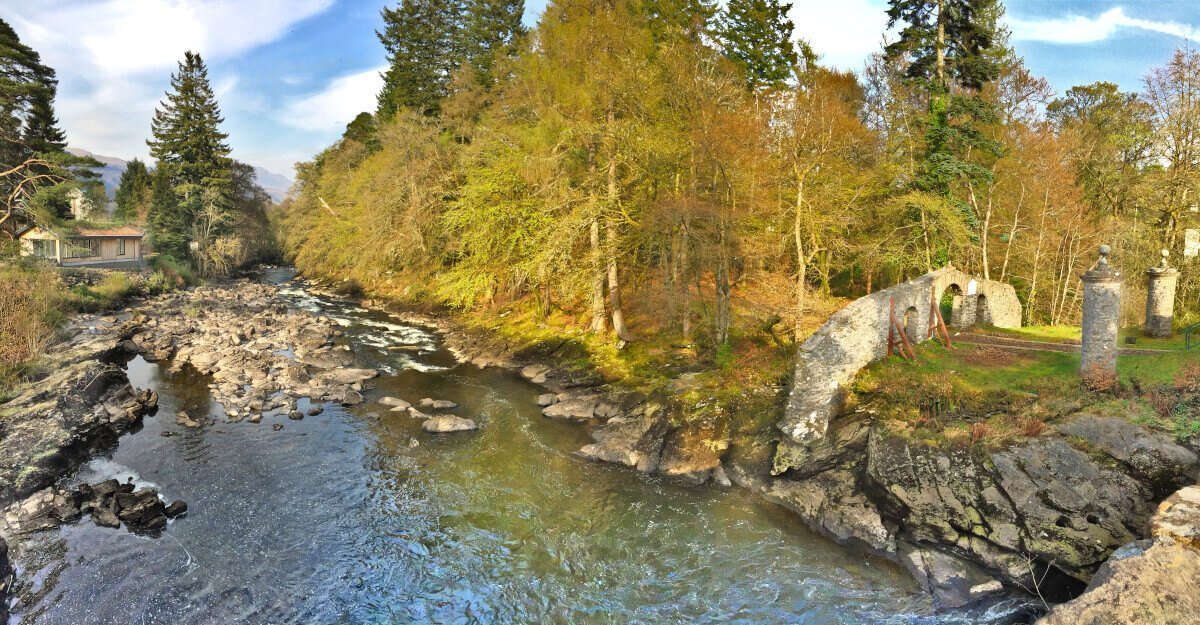 Despite being small, the village has several inns, restaurants, pubs, supermarket and small shops.

But the city’s main charm is its postcard, a waterfall called Falls Of Dochart. The rapids pass in the middle of the town and it is quite impressive. 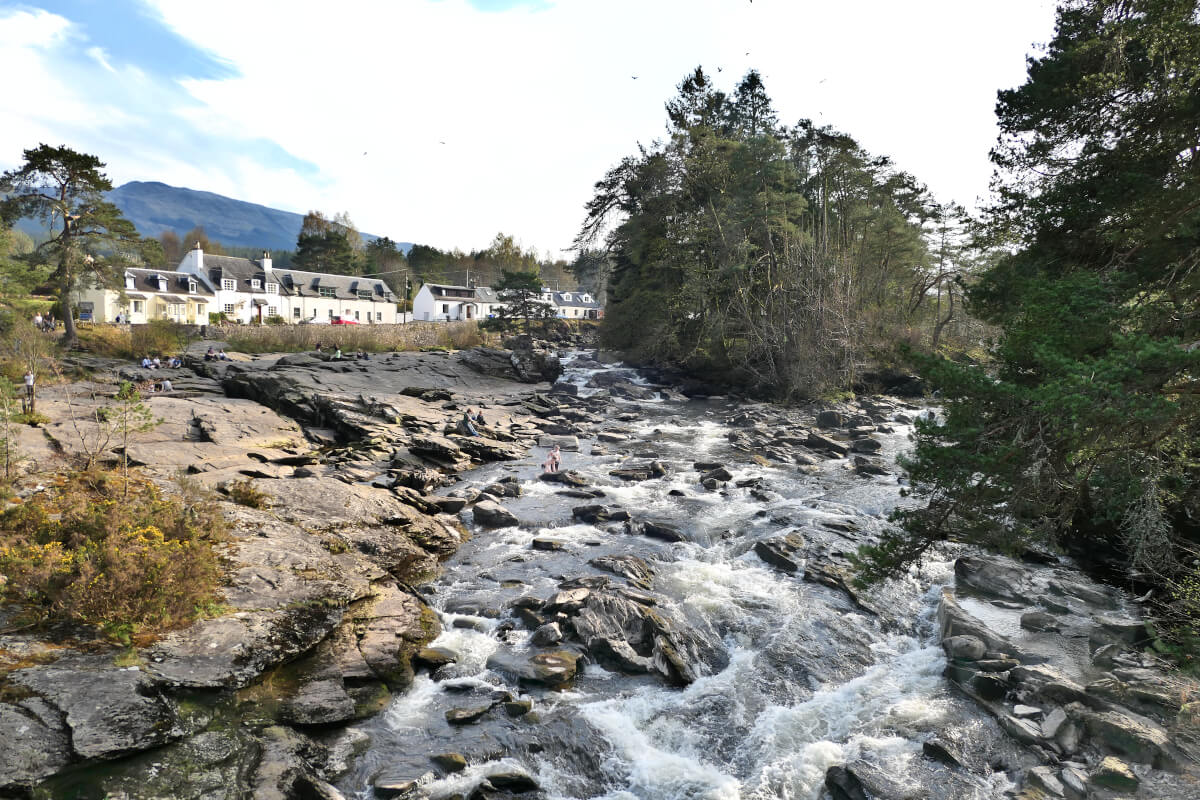 As the day was ending, but it was still warm (yes, we got 23 degrees in Scotland, and if this is not a miracle, I don’t know what else it can be!), we’ve got a pint of beer and sat on the rocks of the rapids to enjoy the beautiful landscape. 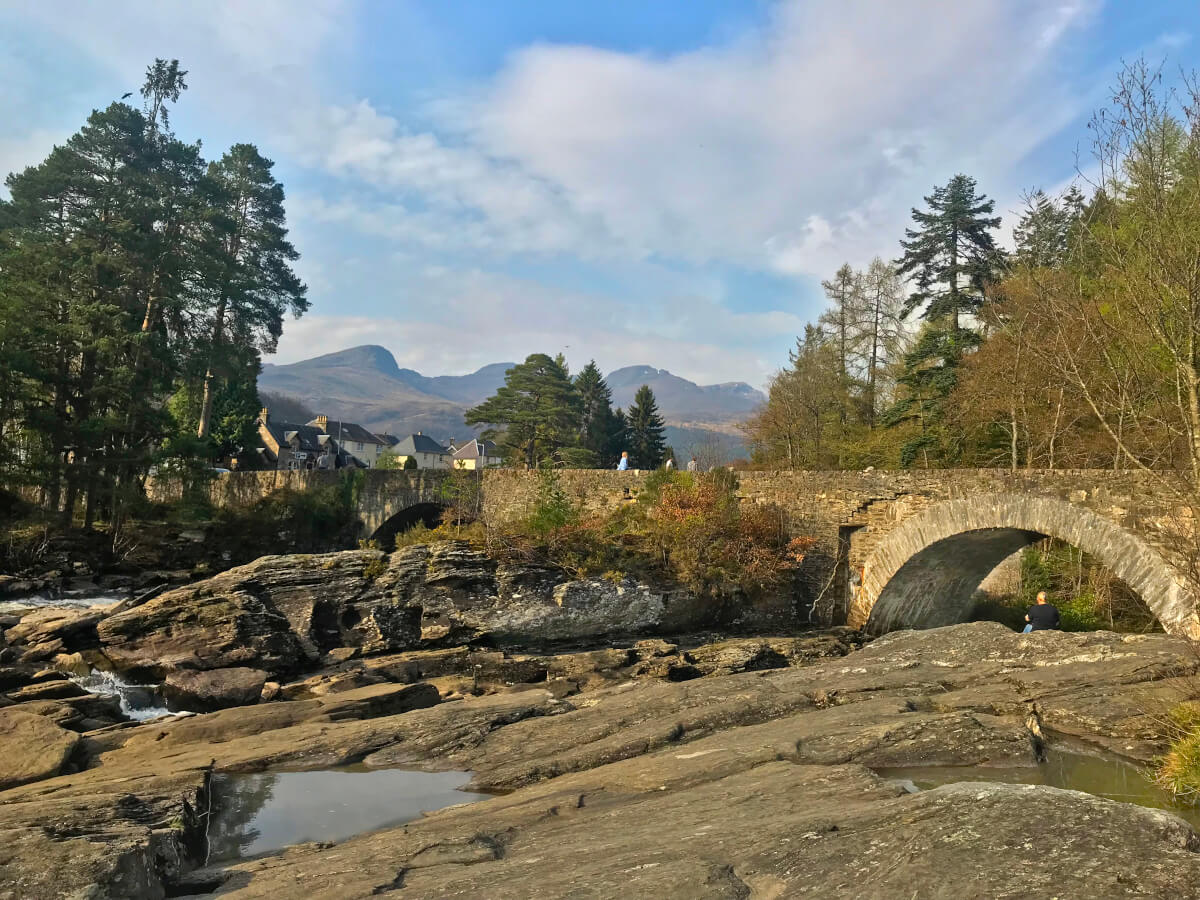 How to get there?
Just 90 minutes from Edinburgh and Glasgow airports, its central location makes it an ideal base for exploring Scotland.
However, to get there, you will have to take a train to Stirling and then two more buses, the number 1 or 59 and later the C60, having in total a journey of around two and a half hours.

After spending some time in Killin, we went to Callander, where we spent the night in a very charming Bed & Breakfast called Coppice House. 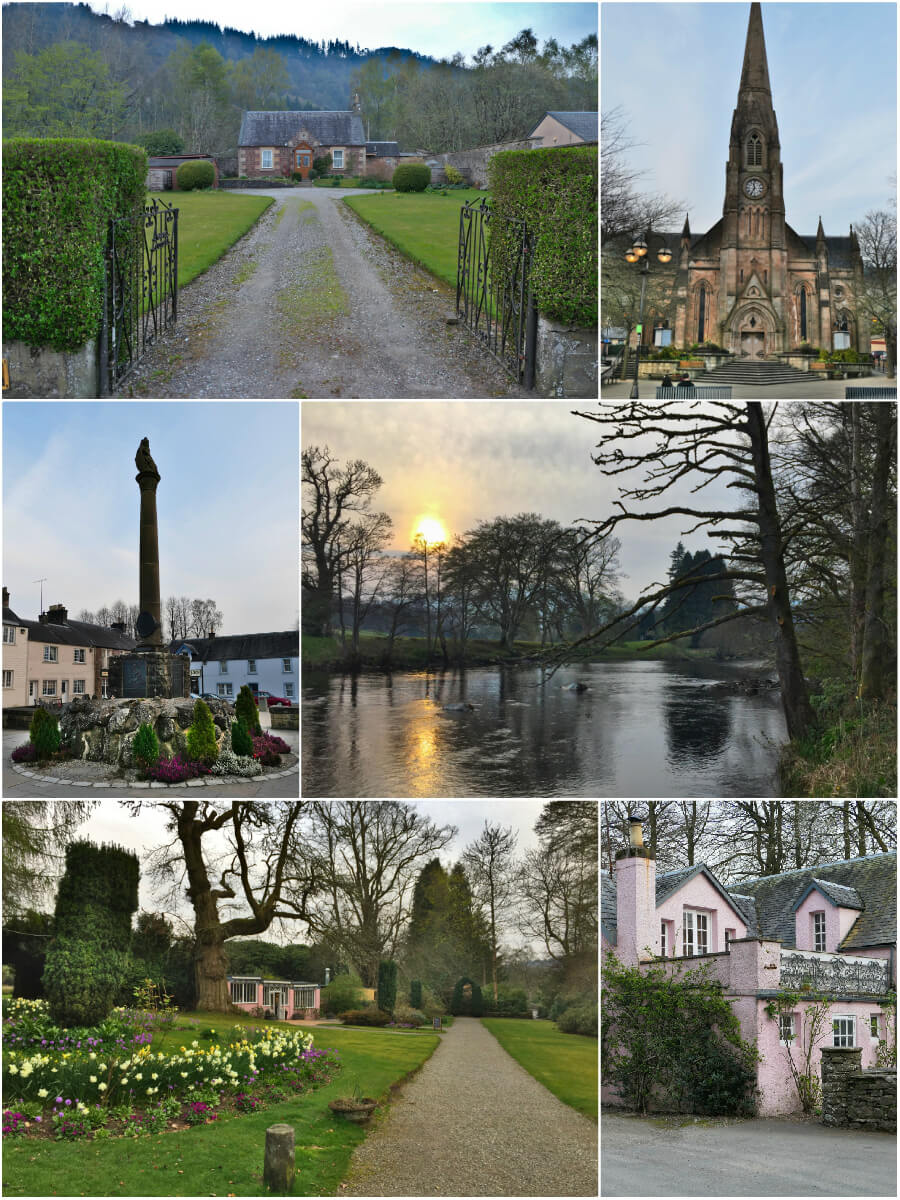 The town itself does not have many tourist attractions. Still, as it is located in the historic Perthshire County, it is a popular stop for those exploring Loch Lomond and Trossachs National Park or for those heading for the Highlands. The town is even called the “Gateway of the Highlands”.

Although small, the town has several bars and restaurants, shops, etc.
And for those who like hiking, a very famous trail is the “Callander’s Pass”, because it is between the Highland and the Lowland.

As we had little time left, we strolled through the city in the evening and the next morning, and then we headed for the famous waterfall, the Bracklinn Falls. 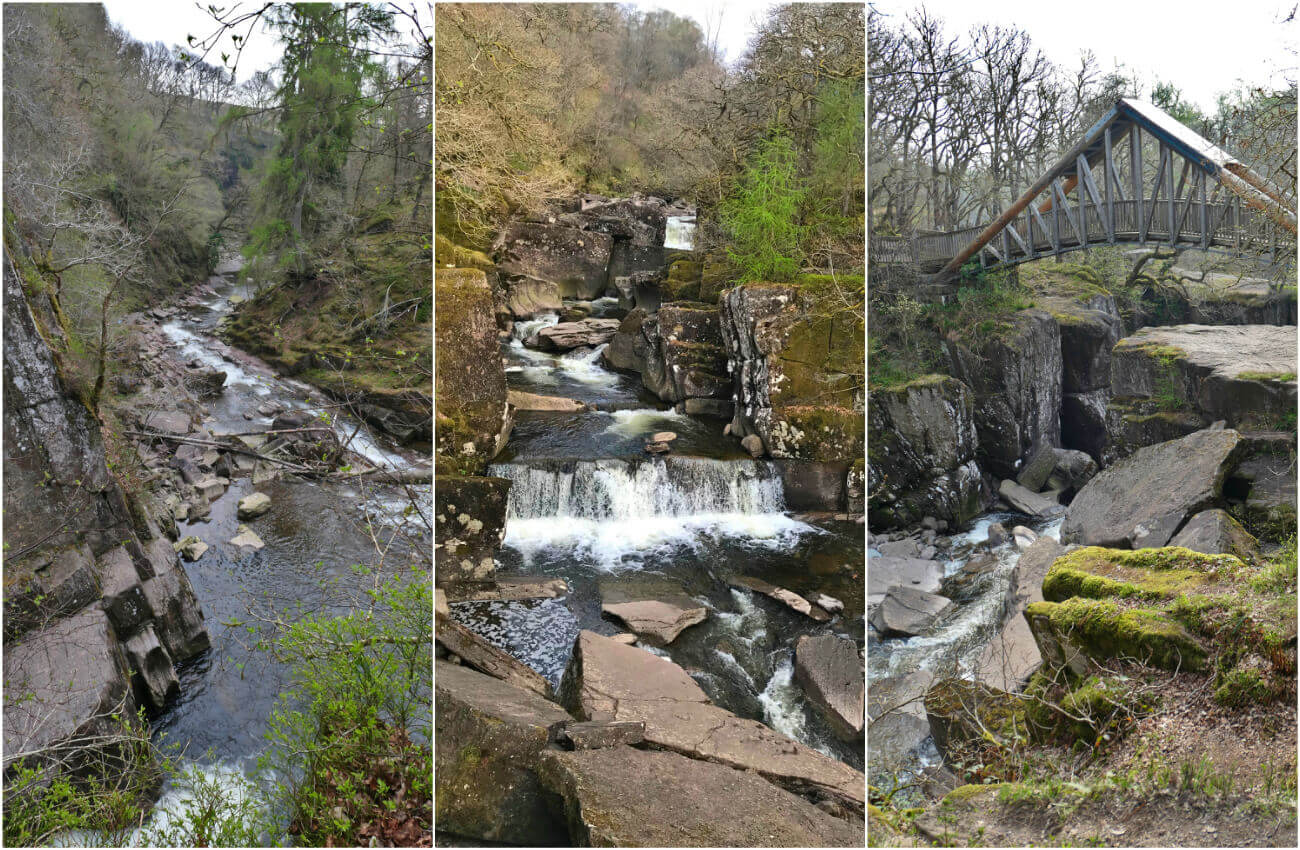 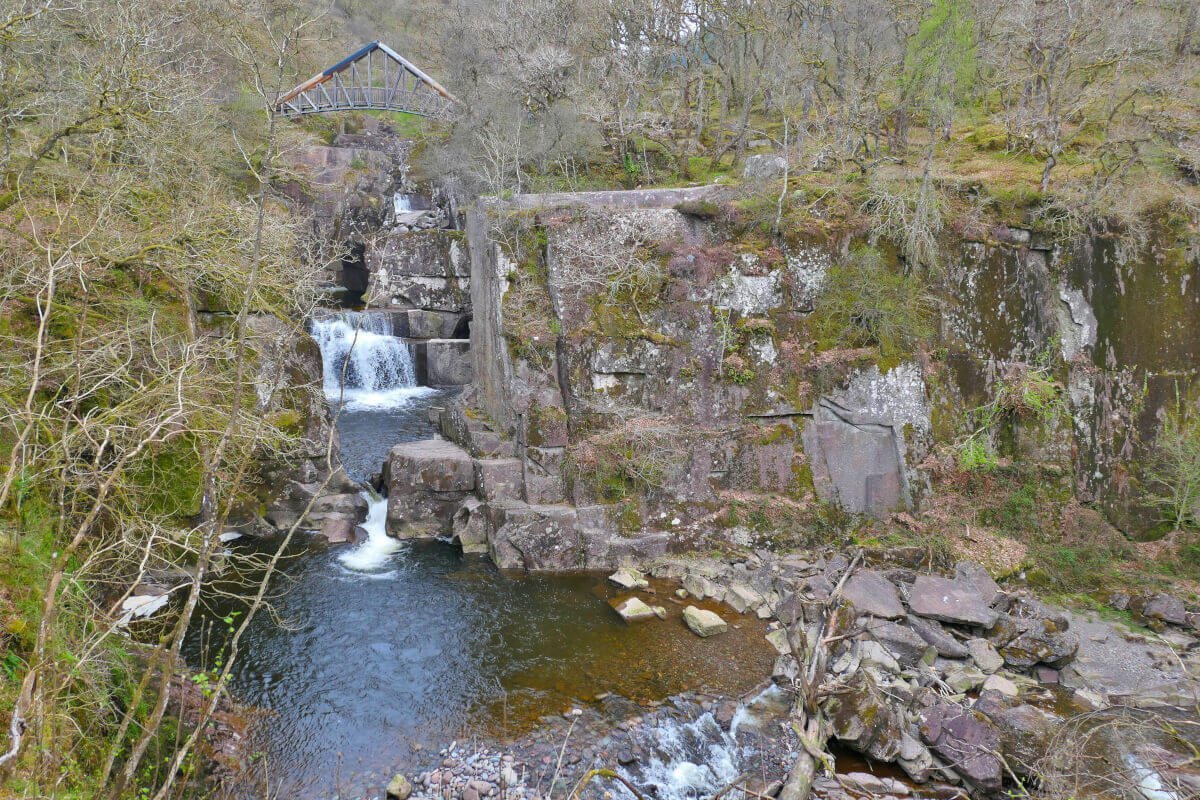 To reach the waterfall, from the parking lot on Bracklinn Road, you will find several signs showing the trail, which takes about a 10-15 minute walk with a slightly steep inclination.
The parking address is Bracklinn Rd, Callander FK17 8QE. 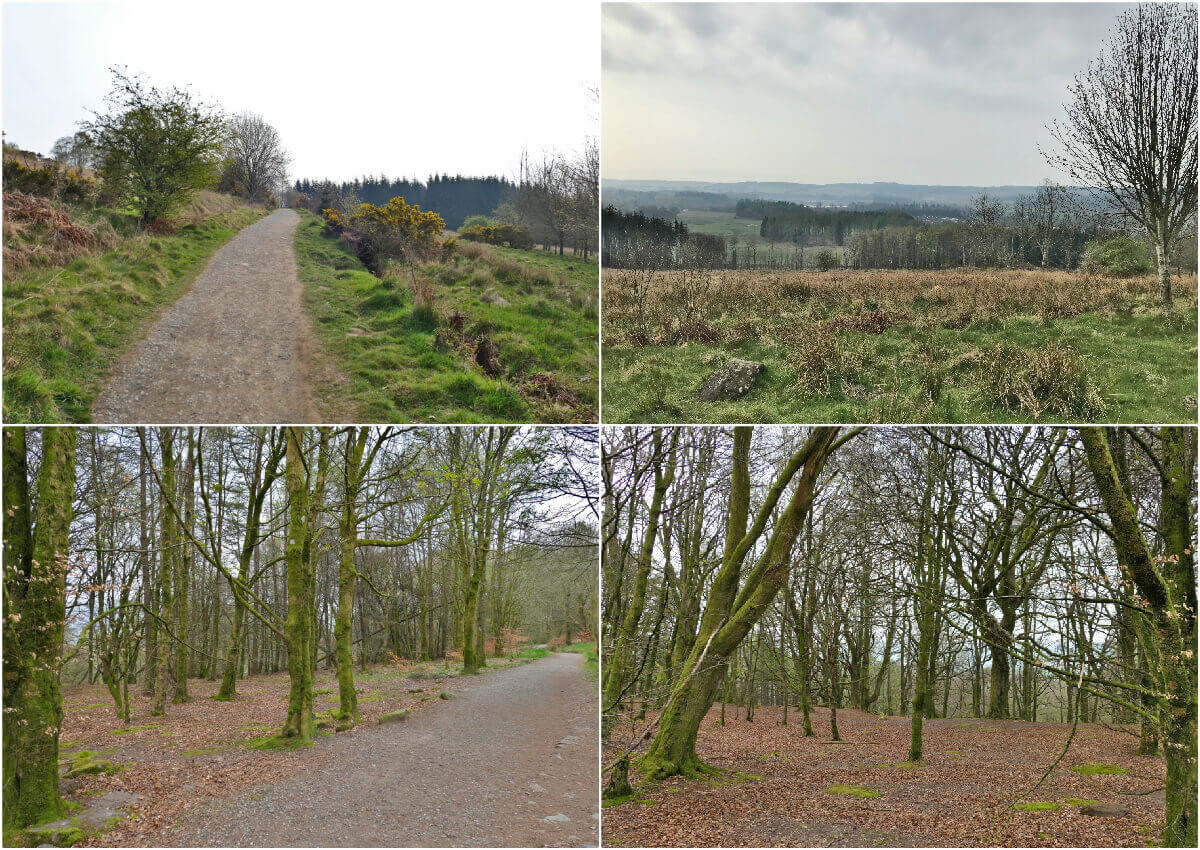 How to get there?
Coming either from Edinburgh or Glasgow, you will have to take a train/bus to Stirling and there, take a bus to Callander.

After spending some time walking around the waterfall, we headed to Edinburgh, but we went inland rather than the busier streets. So we could enjoy the beautiful scenery that Scotland offers.

Get stunned by the scenery of Glencoe in Scotland

Glenfinnan Monument and Viaduct in Scotland