Home » My favourite 10 parks in London

Today I’ve decided to write about my favourite parks in London. I’ve been living here since 2004, and I just love the parks.

I like doing picnics with friends and enjoy the few days we have good weather for it. But most of all, I appreciate how beautiful and well-maintained they are.

So here are my top 10, though I have others that I’ll post about it in the future. 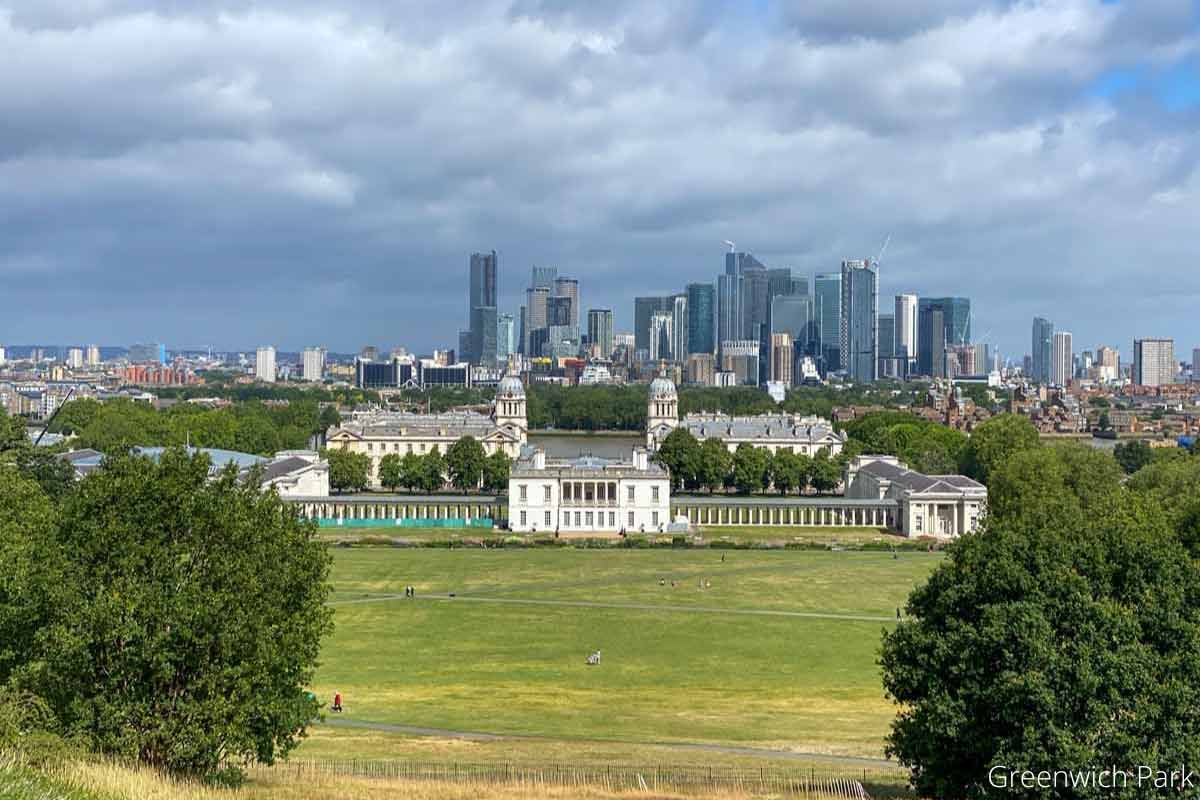 Greenwich Park is near my house, and it is where we do picnics every summer (when the weather helps). The park is immense, and there is plenty of space for you to cycle, jog, walk, etc.
It has a cricket pitch, tennis court, a children’s playground and a pond. Also, there are three coffee shops, and you can pay and display for car parking at the upper level.
Inside the park is located the Royal Maritime Museum, the Royal Observatory, the Meridian Line, the Queen’s House and the Wilderness (Deer Park).
TIP: At the end, on the top of the park, a garden gets very colourful in spring and summer with different species of flowers.

How to get there?
Train: the closest is Maze Hill. Greenwich and Blackheath Station are a bit further away.
Tube: Cutty Sark (DLR) or North Greenwich, but you have to catch the 188 or 129 bus.
Riverboat: stop at Greenwich Pier 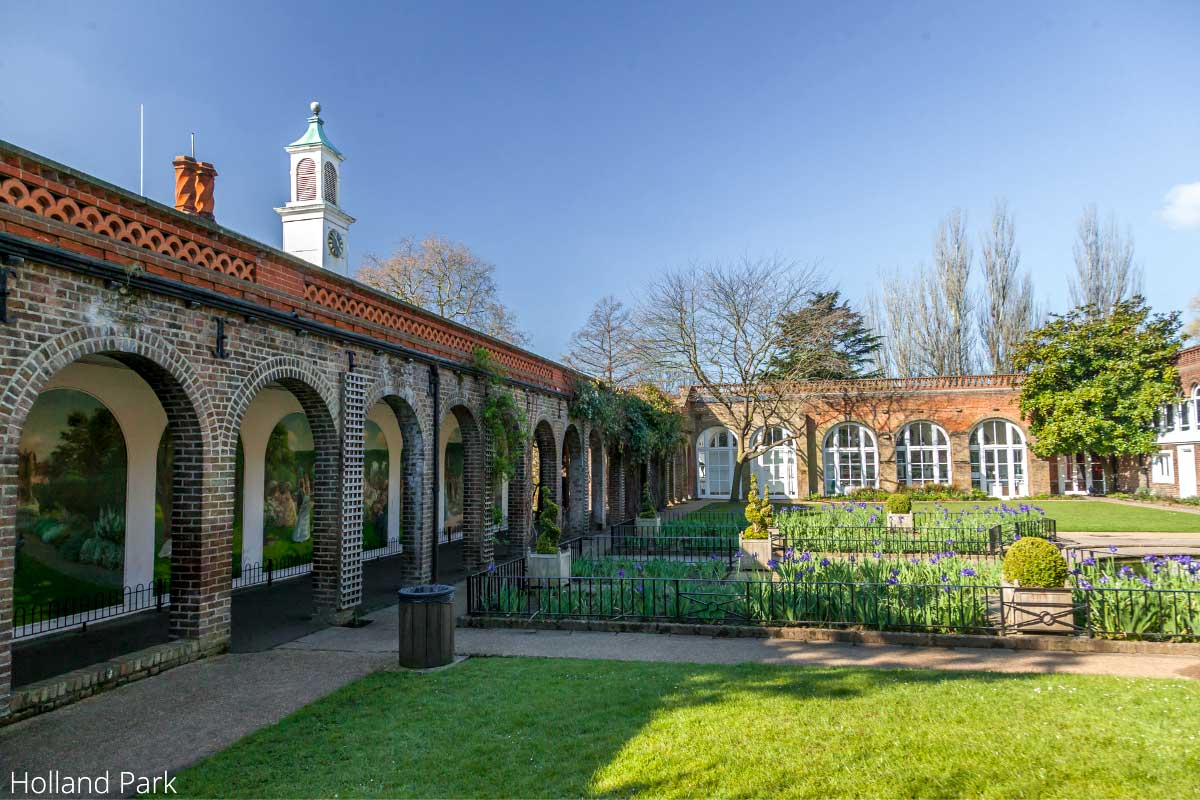 Holland Park is not too tourist, which is a refreshing thing in London.
My favourite spot inside the park is the Kyoto Garden. The garden is made in the Japanese style, and even though it is small, it is pretty.
The park has a restaurant, a coffee shop, a playground for the kids, a giant chess set, sports areas and the Design Museum. 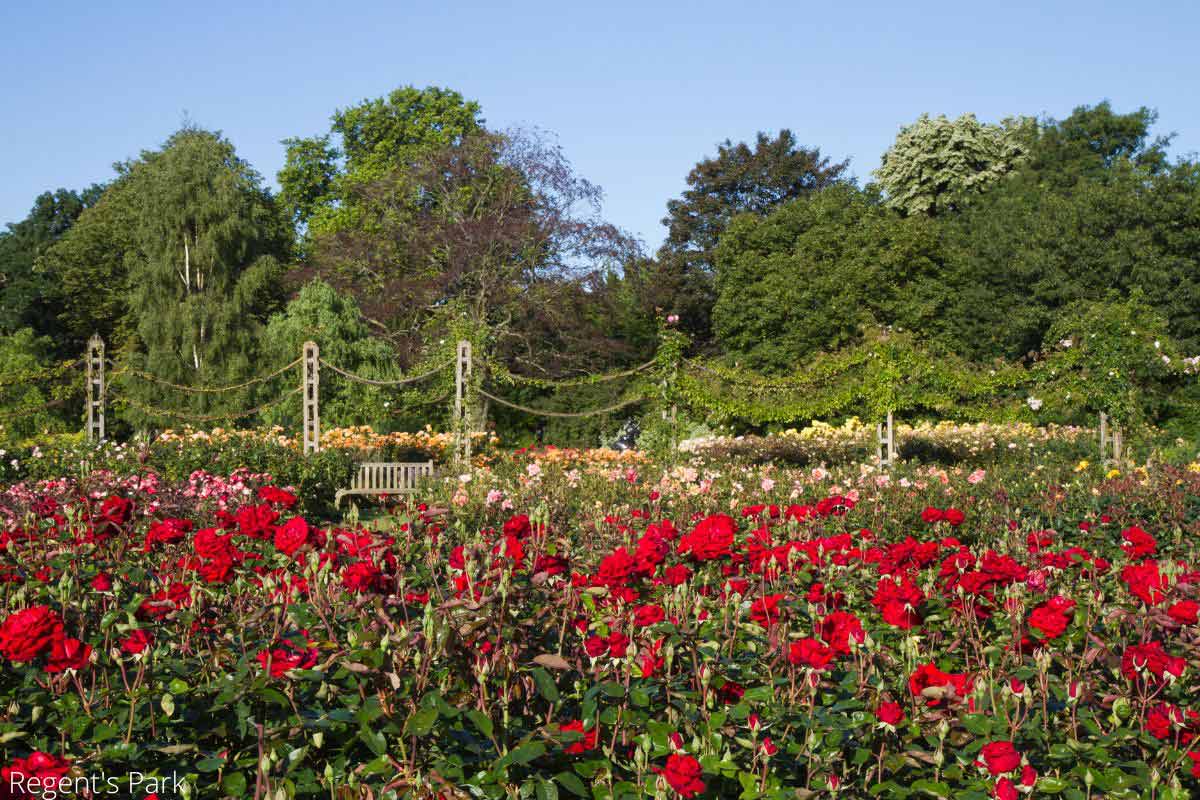 Regent’s Park is also beautiful. However, the part I love the most is the Queen’s Mary Garden, where in June, around 12.000 roses blossom, showing off all their beauty. But it has several others like Italian Gardens, English Garden, etc.
Inside the park is the Zoo (I can’t believe I’ve never been to), the Zoological Society of London, London Central Mosque and the Regent’s University London.
There is also an Open Air Theatre, three playgrounds for the kids, boating on the lake and sports pitches. 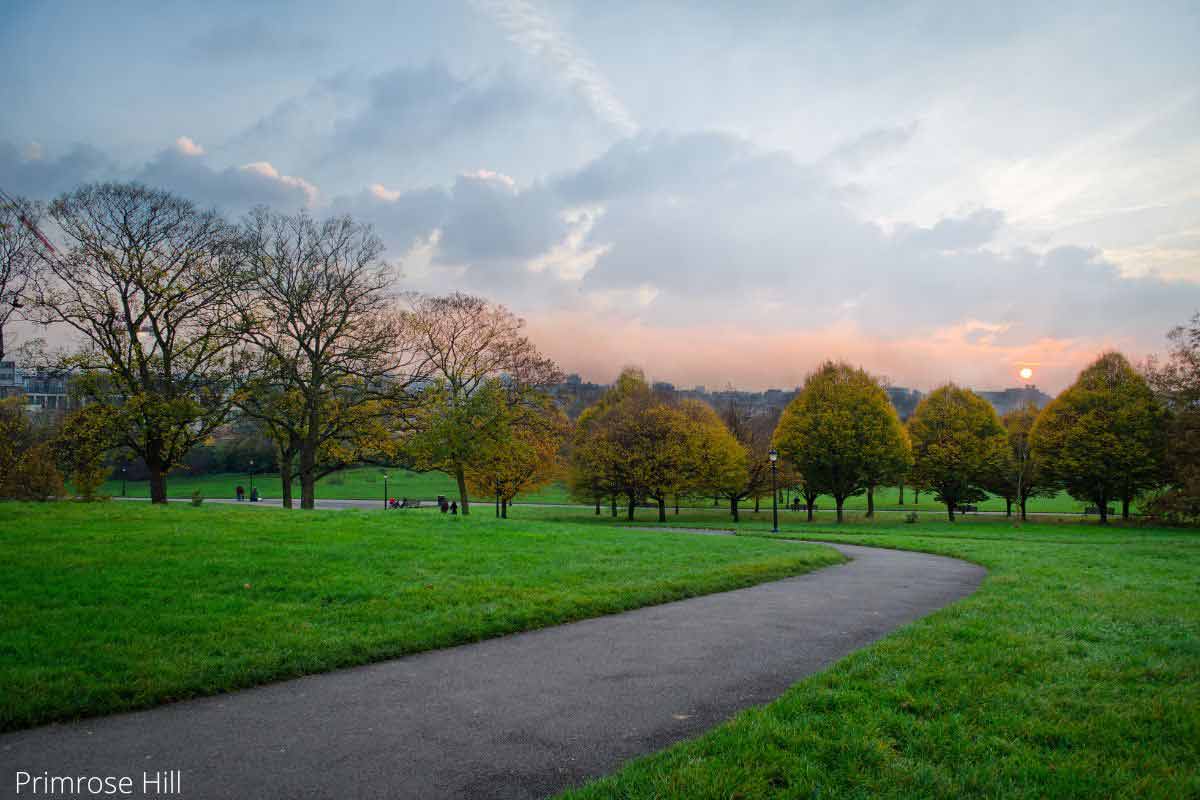 Primrose Hill is almost part of Regent’s Park, and it is located on the northern side of it.
It’s an open space park, and if you go to the top of the hill, you will have an incredible view of central London. It has a playground and an outdoor gym.

How to get there?
Tube: Chalk Farm Station, Swiss Cottage, St John’s Wood and Regent’s Park Station, although from there, you will have to cross Regent’s Park.
Train: South Hampstead and Camden Road Station. 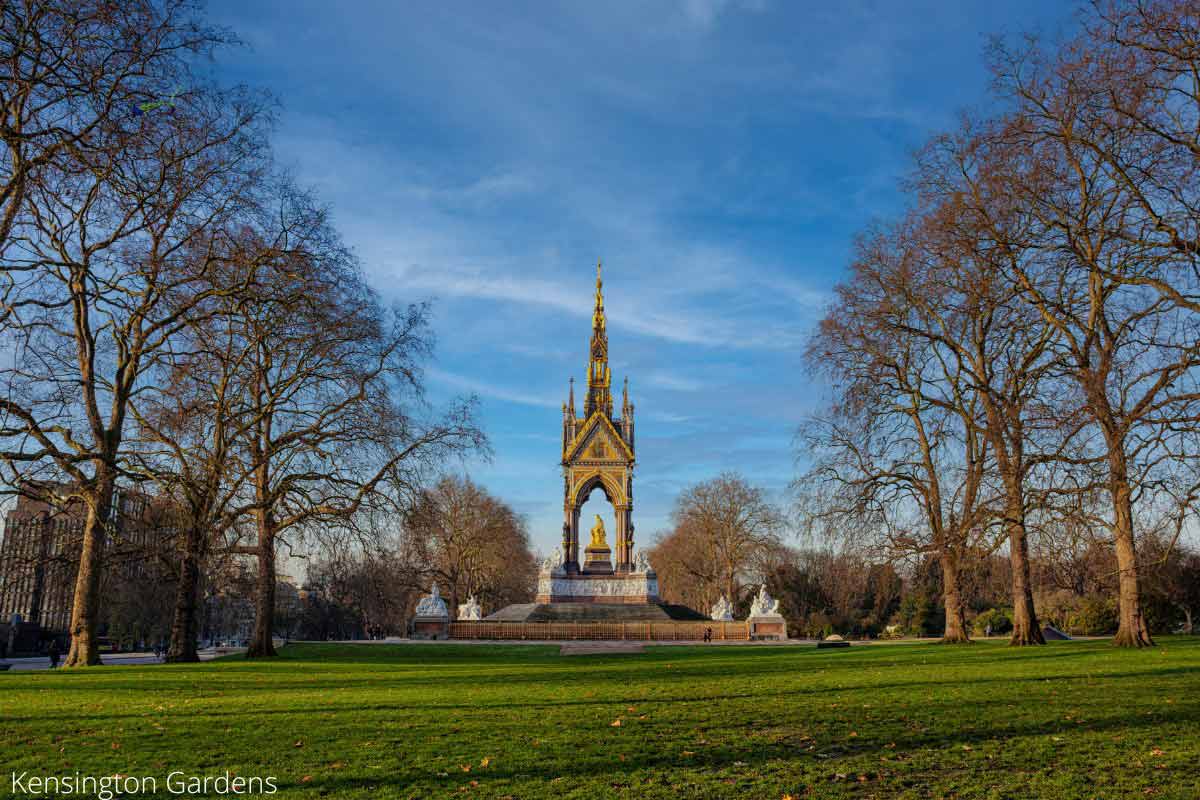 Kensington Gardens is right after on the west side of Hyde Park. However, if you look at the map, it seems like only one park.
I prefer Kensington instead of Hyde Park because, in my opinion, it is more attractive and I enjoy walking along the pond and the area where the flowers are.
Inside the park are the Albert Memorial, the Serpentine Gallery, and the Speke’s monument.
Also, there is Diana, Princess of Wales Memorial Playground, a statue of Queen Victoria and another of Peter Pan and an Italian Garden.
On the park’s west side, you will find Kensington Palace, Prince William and Kate’s official residence (up until later 2022) and a few other Royal Member families. 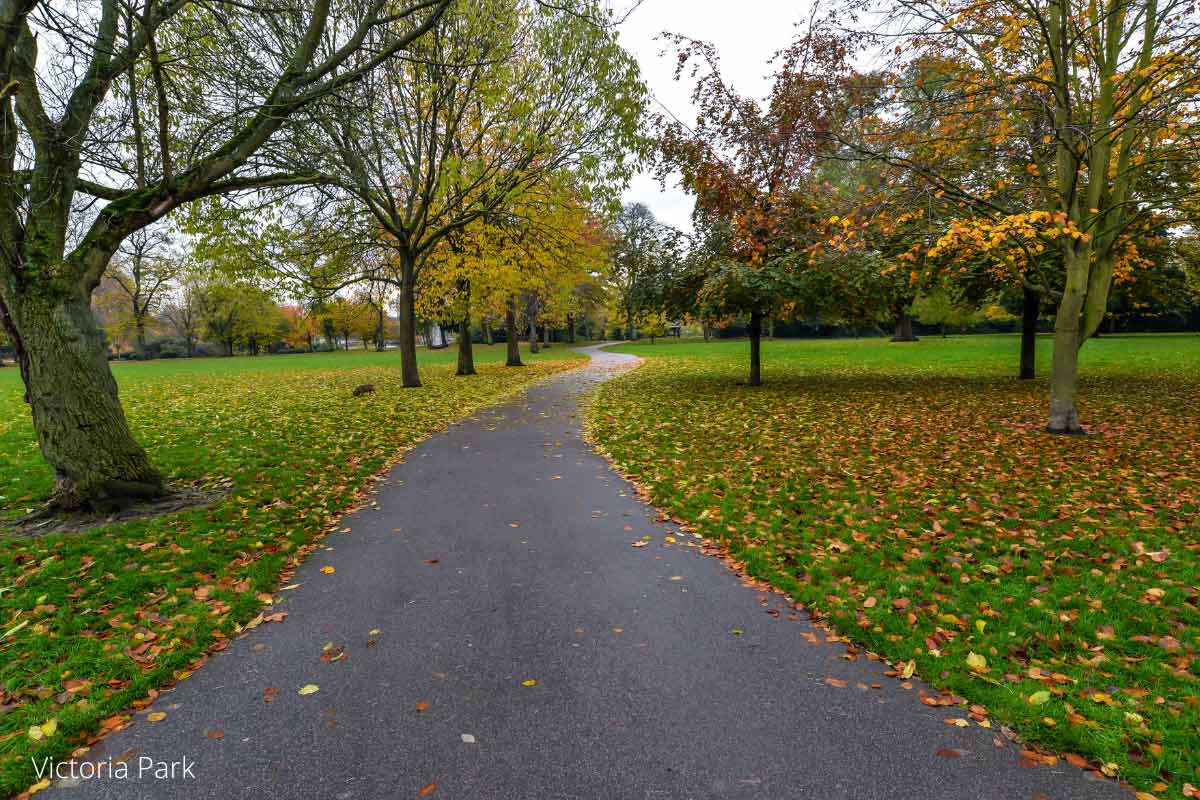 Victoria Park is in East London and is well known among the people around the area. The park is only a mile away from the Queen Elizabeth Olympic Park.
The park is beautiful and perfect for kids as it has a playground. There are also tennis courts, football and cricket pitches, a running track and a bowling green.
There are two cafeterias inside the grounds, and you can enjoy walking around the park looking at two ponds, the flowers and such.

How to get there?
Tube: Bethnal Green, Bow and Mile End.
Train: Cambridge Heath and Hackney Wick Station. 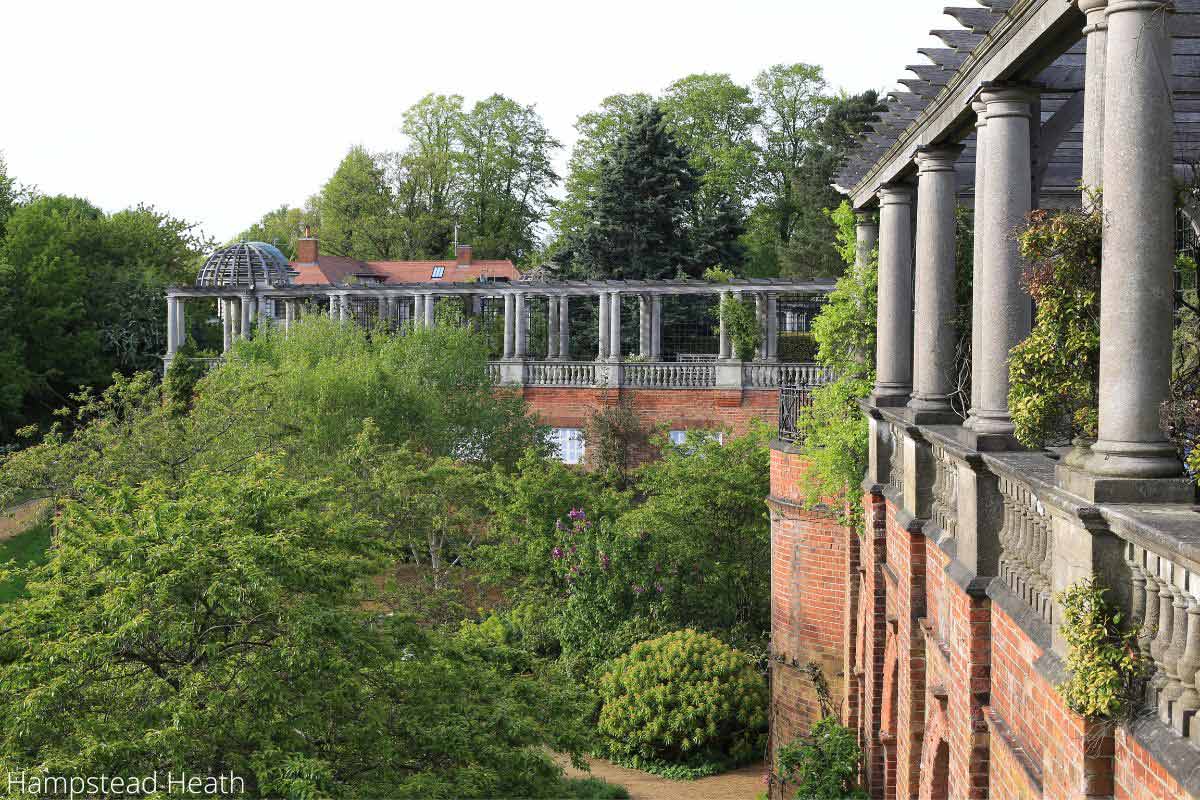 Hampstead Heath is on my list even though I’ve been there only a couple of times. The park is beautiful, and if you have time, you should visit it.
The park has a beautiful city view at the top, on Parliament Hill, which is one of London’s highest points.
Inside its grounds are the Kenwood House and Butterfly House, and there are sports pitches, athletics track, swimming ponds, playgrounds for the kids, a small zoo, cafés, etc.

How to get there?
The park is around 5-6 km from Trafalgar Square if you like walking.
Tube: Hampstead Station, Golders Green, Belsize Park, Tufnell Park.
Train: Hampstead Heath Rail Station, Gospel Oak 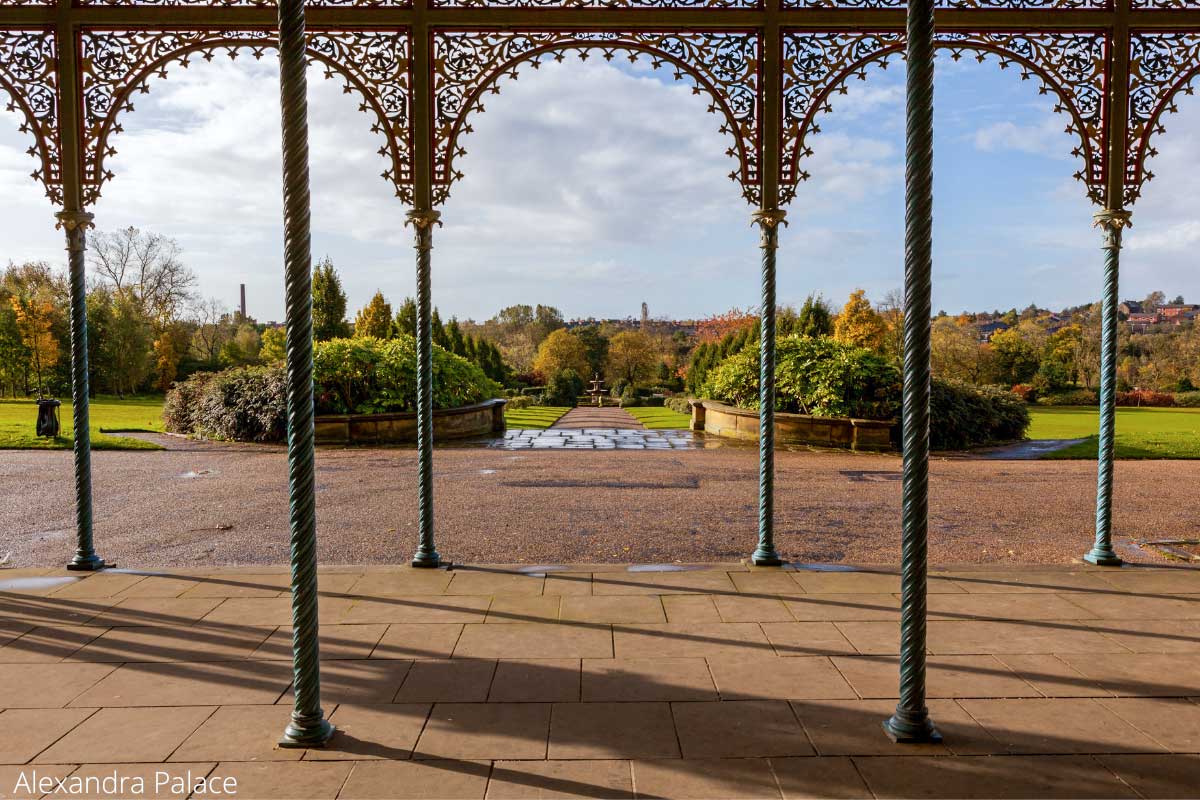 Alexandra Park is where Alexandra Palace, or Ally Pally for the locals, is located in North London, with fantastic views from the city.
The palace has an ice rink that is open throughout the whole year, and also it receives many different types of exhibitions every month.
The park has a pond, playground for the kids, a cafeteria and a Farmers Market on Sundays.

How to get there?
Tube: Wood Green (19 min walking) Train: Alexandra Palace 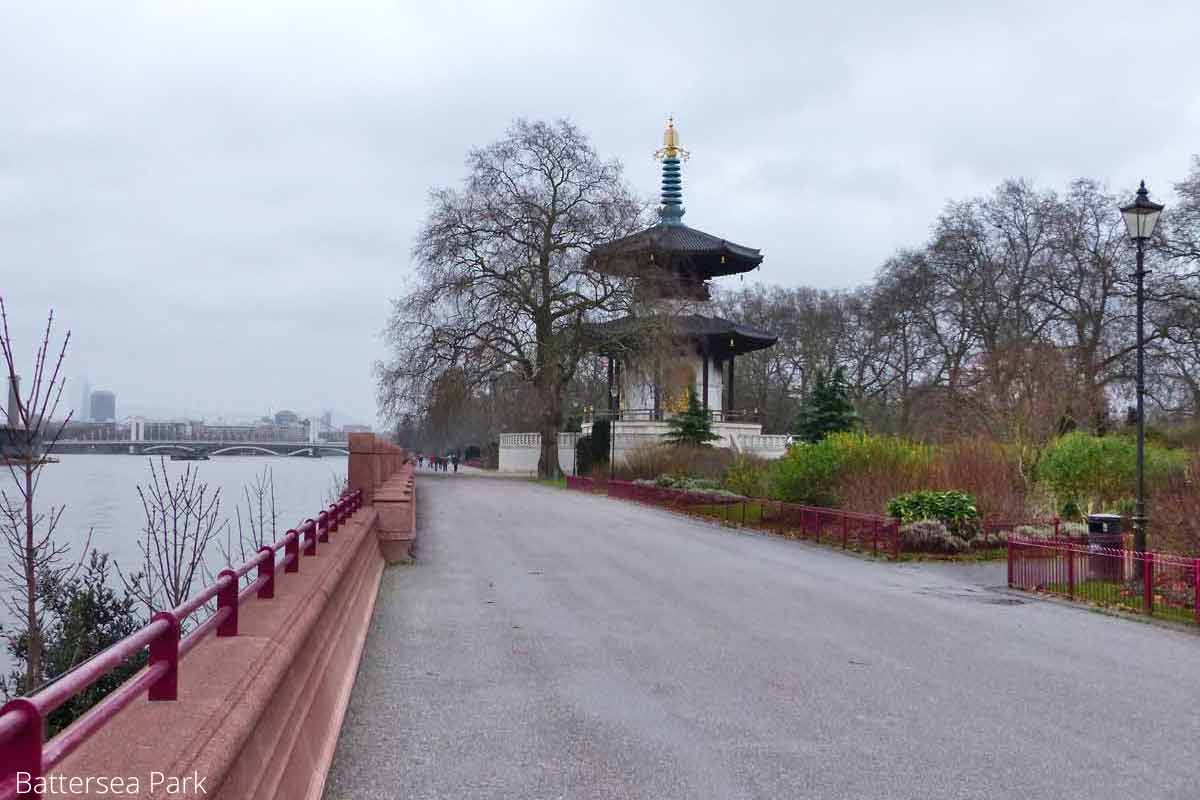 Battersea Park is located south of the River Thames opposite Chelsea (north of the river). The park has a small zoo, sports pitches, a children’s playground, Go Ape, three coffee shops and a pond.
There is also the Pump House Gallery, where you can see contemporary art, the Russel Page Garden, a Sub Tropical Garden and the Old English Garden, not to mention many more things to do and see.
I like to walk on the river shore and enjoy the view of the river and the park. So lovely! 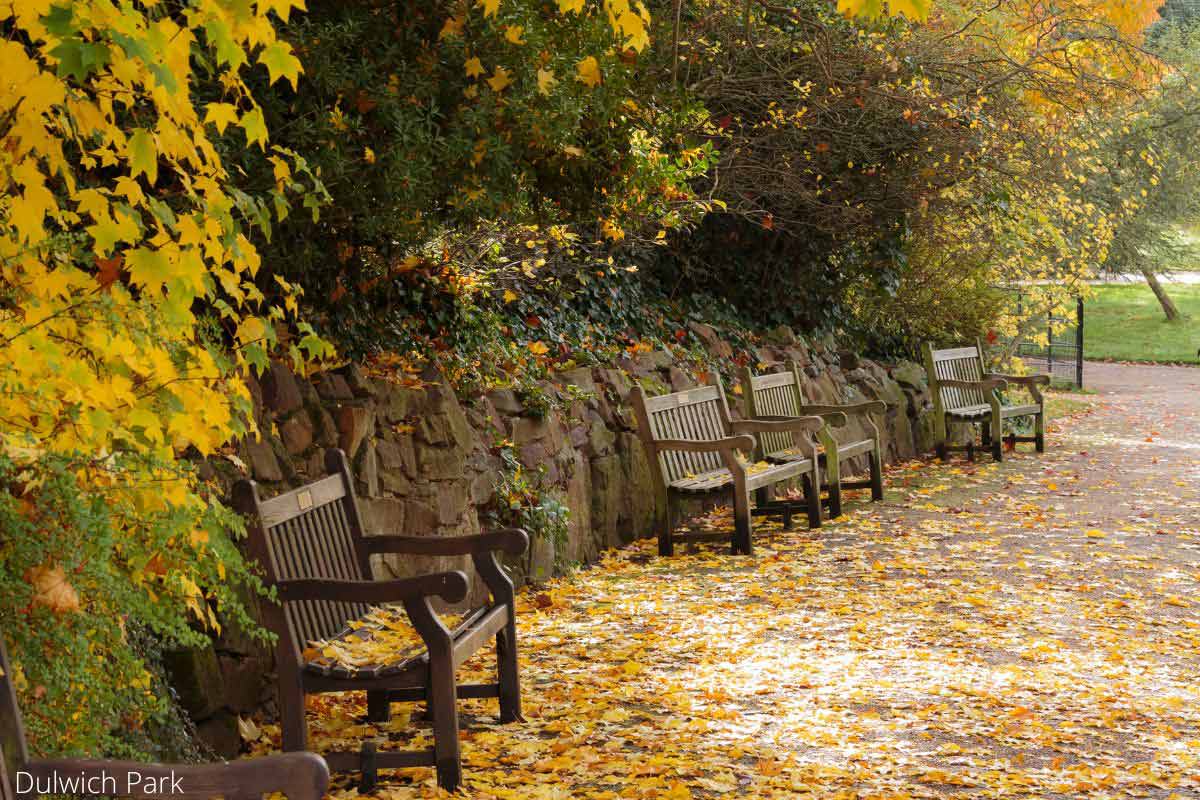 Dulwich Park is one of the furthest from the city centre. However, it is a must-see and deserves to be on the list, such that Queen Mary was a regular visitor to the park.
Inside its grounds is a boating lake, café, large children’s playground, cycle hire, football pitch, tennis courts, outdoor gym, table tennis, and much more.

How to get there?
Train: West Dulwich or North Dulwich Station
Bus: College Road P4 or Dulwich Common P13

And don’t forget to read about my favourite pubs in London here.
Have a lovely day!
Talita