I was absent for the last two weeks because I was waiting for the reopening of the pubs and also the announcement of Chancellor here in England so that I could have more info about the new financial packages support.

After almost 4 months closed, on July 4th, pubs, bars and restaurants were reopened, in what was called “Super Saturday”.
With that name, we could only expect for chaos, disorganization and many people partying and not following the new distance rule, which is a 1-meter plus.

Restaurant owners said that everything was done without planning, organization and concrete guidelines on how to keep the place open, but following the social distance and the cleanness that must be done.

Furthermore, according to most of them, the reopening should have been done on a Monday, as it would be less busy and they could adapt, as the days went by, to be more prepared for a busy weekend.

The result: several places were packed and some pubs, closed their doors 2 or 3 days after the reopening, as people infected with COVID were detected in the site.

I believe that smaller towns have not had these problems, as it is easier to control the number of people.

In a city like London, with almost 10 million inhabitants, it becomes much more difficult (see these photos of Soho in London, on super Saturday, it looked like a carnival).

Although the country is reopening, the city of Leicester was put on lockdown as the number of positive cases increased and the government decided to do the local quarantine.
Health Secretary Matt Hancock will review and announce the new lockdown measures for Leicester on July 18th.

On July 9th, Culture Secretary Oliver Dowden announced that open-air swimming pools could reopen from July 11th, as well as outdoor performances – including theatres, opera, dance and music. However, the number of public is restricted and subject to rules of social distance.

All of these locations can reopen as long as they take all precautions and safety measures, such as limiting the number of people using an installation at the same time, reducing class sizes and spacing equipment, in addition to all site sanitation.

If you want to know more about these measures, visit this website (in English): https://www.gov.uk/guidance/working-safely-during-coronavirus-covid-19/providers-of-grassroots-sport-and-gym-leisure-facilities

At the moment the UK has more than 286.500 tested positive for the coronavirus, and unfortunately, more than 44.500 have died. However, on the death certificate, more than 54.500 mention the COVID-19.
Of these figures, about 90% of deaths occurred in England.

The United Kingdom has the highest official death toll in Europe and the third highest in the world, after the USA, with more than 134,500 deaths and Brazil, with more than 68,000.

Trying to help in the financial crisis and recession that the country will face, on July 8th Chancellor Rishi Sunak, announced several plans and a package of more than £30 billion to prevent unemployment generated by the pandemic.

The government will pay companies a £1,000 bonus for each employee who returns to work after being furloughed or dismissed.
If these employees are kept in their jobs for three months, after the scheme ends in October, the company earns this bonus.

This scheme, called furlough, as I have mentioned several times, the employer can request a subsidy that covers 80% of monthly salary costs, up to £ 2,500 per month per person. The furlough started in March but will end in October.

Therefore, for companies to receive the bonus, the employee must receive at least £520 on average each month, which is equivalent to the minimum wage, from November to the end of January.

To support restaurants, cafes and pubs and bring more customers to it, in August, all restaurants that register in the scheme will give a 50% bill discount on Mondays, Tuesdays and Wednesdays.
The discount does not apply to alcoholic beverages, but food and soft drinks of up to £10 per person.

He also added that the VAT tax on food in restaurants, cafes, pubs, in addition to accommodation and attractions, cinemas, theme parks and zoos, will be reduced from 20% to 5%.
This new lower tax rate will be implemented next Wednesday, July 15th and will remain in effect until January 12th, 2021.

Sunak also announced a scheme to create more jobs for young people between 16 and 24 years old (traineeship).
The package will pay employers a bonus of £ 1,000 for each intern who is offered an (unpaid) work experience.

Further, to stimulate the property market, from July 9th, there will be a temporary “holiday” in the Stamp Duty toward the purchase/sale of real estate.
Before, the first £125,000 was exempt from tax, and now the first £ 500,000 will be tax exempt from all property sales.

This is targeted not only to prevent the UK house market collapsing, which the British economy strongly rely on but to help money circulate in other areas such as DIY shops, furniture, movers and all business which run around the housing market.

Hundreds of homeowners will receive vouchers for up to two-thirds of the total cost up to £ 5,000 (or up to £ 10,000 for those with the lowest income) to make improvements to the home insulations.

This scheme, in addition to generating more than 100 thousand jobs, will help to reduce energy bills.
Besides, the £ 3 billion investment plan is to curb carbon emissions and help the UK with its climate change plan.

A £ 1.57 billion emergency support package was also announced a few days earlier to help protect theatres, galleries and museums. Still, according to Culture Secretary Oliver Dowden, it is not enough to save all jobs in the sector.

Another thing that changes is that from July 10th, people do not need to quarantine on arrival in England if they have been in certain places in the last 14 days.
See the full list of countries here: https://www.gov.uk/guidance/coronavirus-covid-19-travel-corridors#countries-and-territories-with-no-self-isolation-on-return-to-england

Despite all these measures, the government has been criticized a lot. However, due to the seriousness and the speed with which the crisis took place, and comparing with the help that other countries are giving, it isn’t easy to judge, because it is a situation outside the common, where virtually everyone has had an impact and need help.

Unfortunately, unemployment is inevitable, and the impact of the crisis is already quite clear, with companies from various sectors announcing significant layoffs in recent weeks.

What is still unclear is how far the government is willing and able to go, to limit the amount of people losing their jobs.

For now, we need to wait and see what the second half of the year will be like and whether the measures mentioned above have been implemented successfully.

A new statement about measures regarding COVID-19 in England 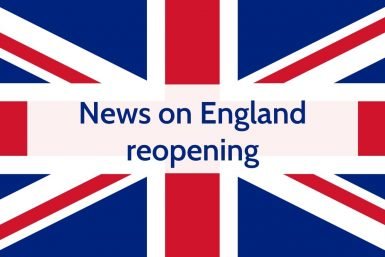 Pubs are reopening in England