Home » Eguisheim, one of the most beautiful villages in France

Eguisheim is considered one of the most beautiful villages in France and voted Ville Préféré des Français – the French’s favourite city/town – an honour bestowed to a different city each year.

Both titles are well deserved, as the village is simply gorgeous, and the feeling of walking into a movie or fairytale setting is inevitable. 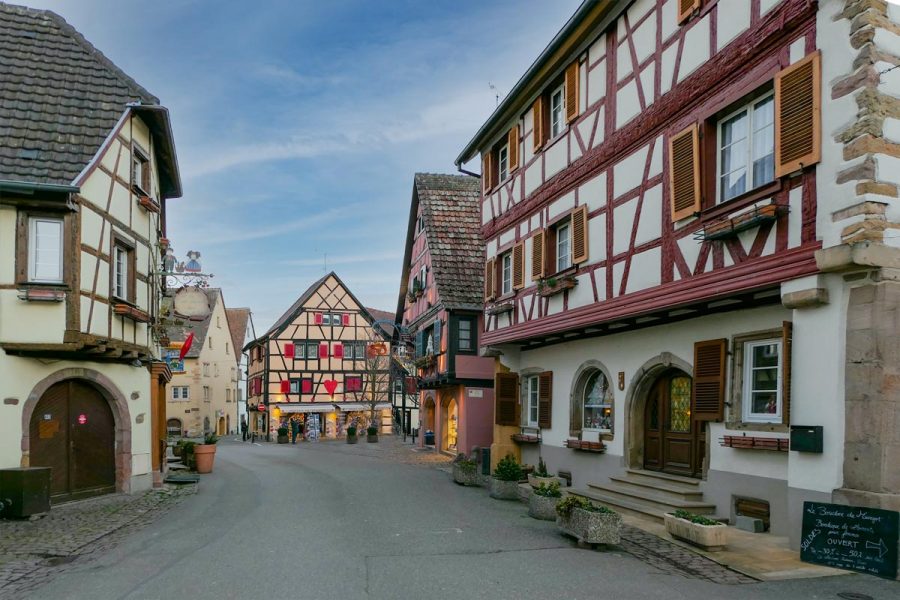 The small medieval town is located in the historic region of Alsace, a fascinating part of France that borders Germany and Switzerland. As it belonged to Germany, its architecture and cuisine remind us a lot of the neighbouring country.

It is a delight to stroll along the cobblestone alleys with vividly coloured houses with half-timbered facades and examine the beautifully wrought-iron signs and the dozens of water fountains.

This charming typical Alsatian village has preserved architecture dating from the 16th & 17th centuries, and it was built around its castle in concentric circles. 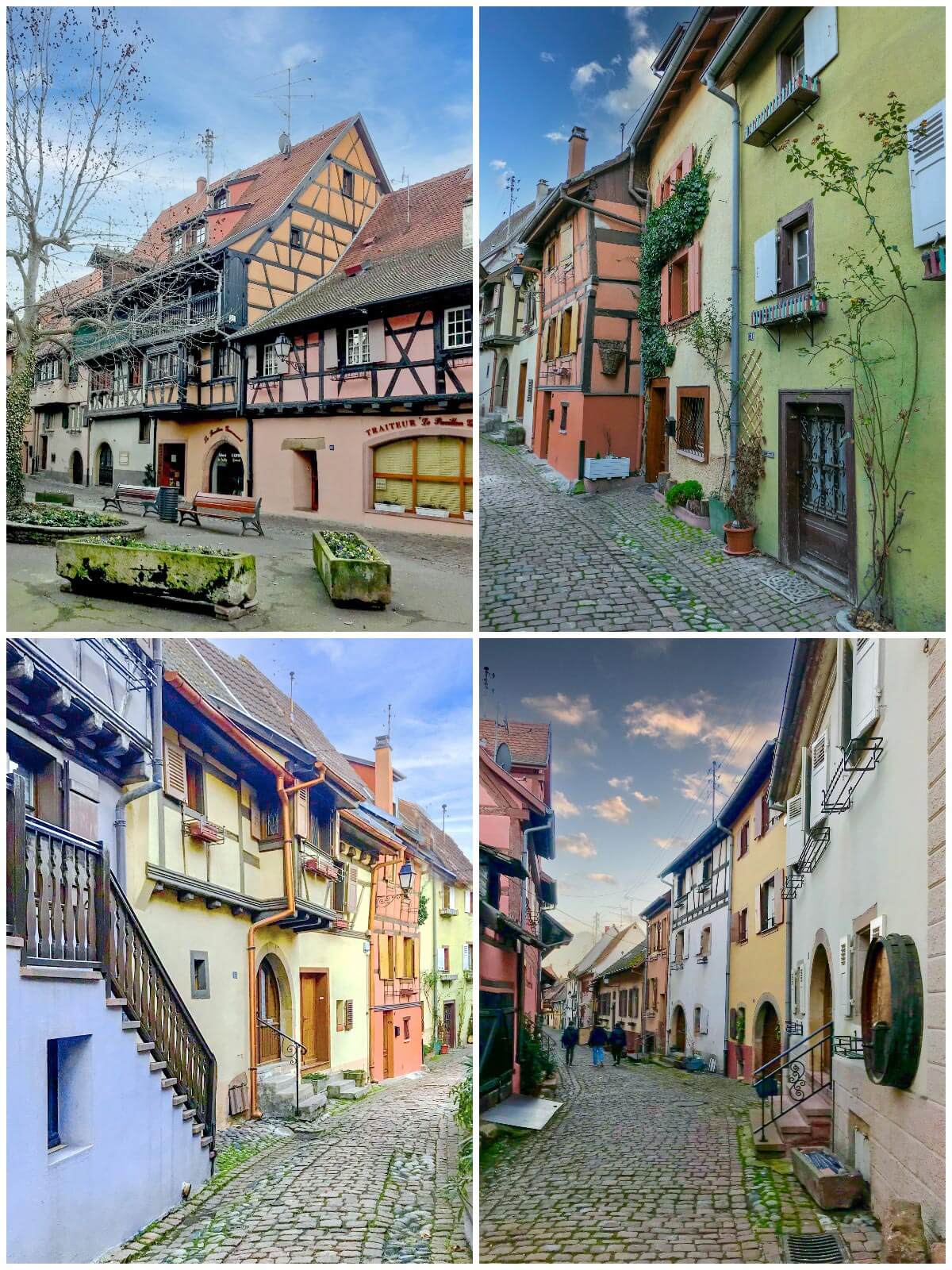 The town is also quite famous for its abundance of flowers in spring and summer, where the windows are all decorated. The village even got the maximum score from the Ville Fleuri Award, which ranks the most flowery cities in France.

But even though it’s very famous in spring and summer, it’s said that its authentic charm at Christmastime is a must, with the Christmas market, live music, mulled wine and unique decoration.

As it is a small village, a couple of hours should be enough to wander around, but take some time to enjoy the local cuisine of Alsace and, of course, try the regional wine.

Another tip is to visit during the week when there are few tourists and the streets are practically empty.

The Grand-Rue (main street) crosses the town from east to west, passing through the main square: Place du Château Saint-Leon, where there is a statue in honour of Pope Leo IX, born in the city.

Just behind the fountain is the Château de Saint-Léon-Pfalz castle built-in 720 by Duke Eberhard. 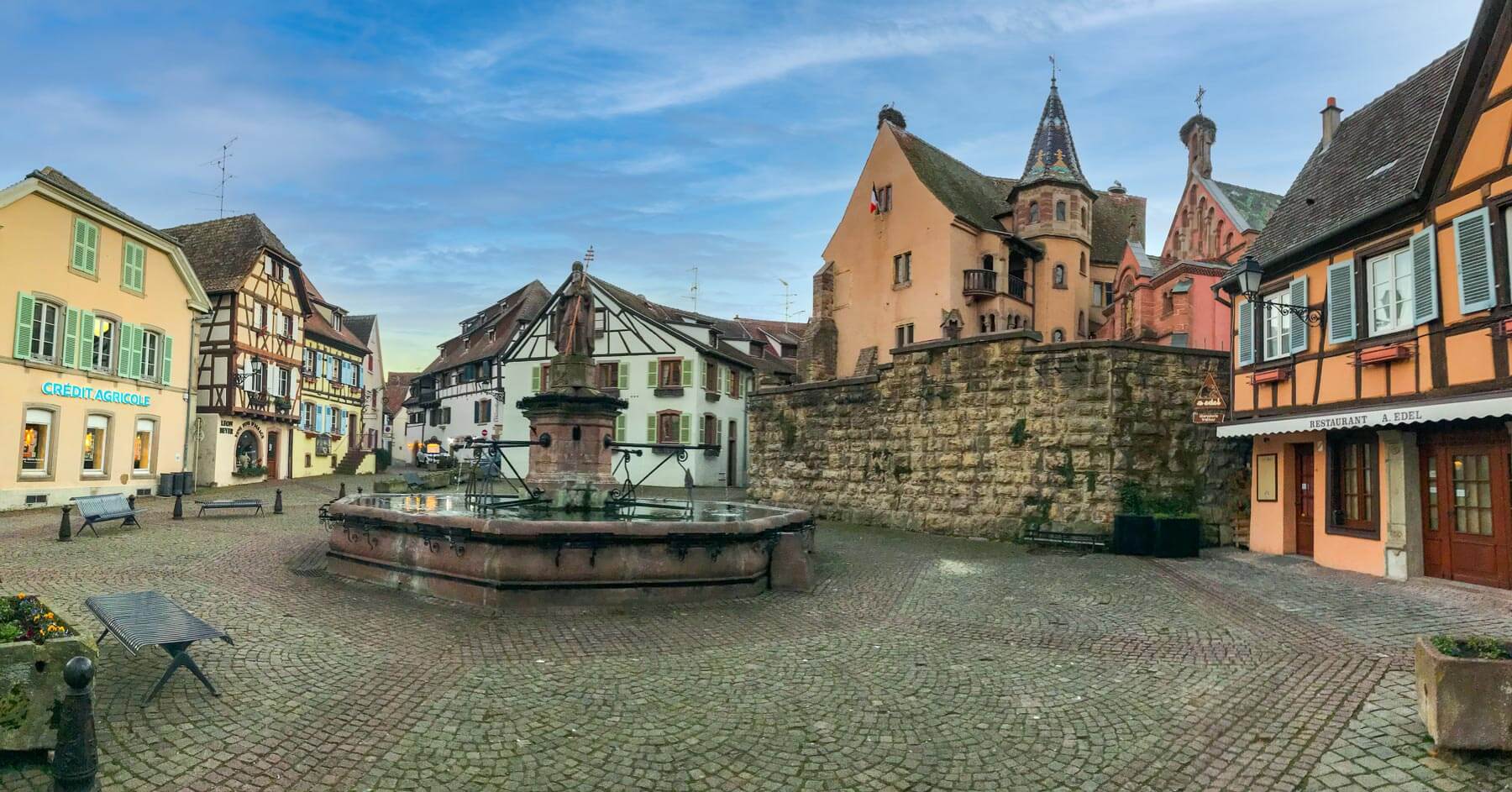 Another great attraction about five kilometres from the centre is the Three Castles of Eguisheim (Les Trois Châteaux d’Eguisheim): Weckmund, Wahlenbourg and Dagsbourg.

A curiosity is that the stork is the Alsace symbol, and it is very common to see them and their nests on top of the castle and top of the church of São Pedro and São Paulo, hence why there are so many souvenirs of it.

Eguisheim is a top-rated tourist destination, partly because “Route du Vin” (Wine Route) runs through the town and also because it is just 4 miles from the famous city of Colmar (read more here).

The area around Eguisheim is popular with hikers and cyclists, with dozens of trails for all fitness levels.

How to get to Eguisheim?

By train and bus
The nearest train station is in Herrlisheim-pres-Colmar, located 4 miles away.
But being a tiny village, Eguisheim doesn’t have an efficient public transport system, and the best way to get to it is by car.

If you want to go by bus, leaving from Colmar, my tip is to go to the Tourist Information Centre located on Place Unterlinden and ask for directions.

By car
If you go by car, you will have to park outside the centre, but the parking lots are near the entrances, and the walk is short and lovely. 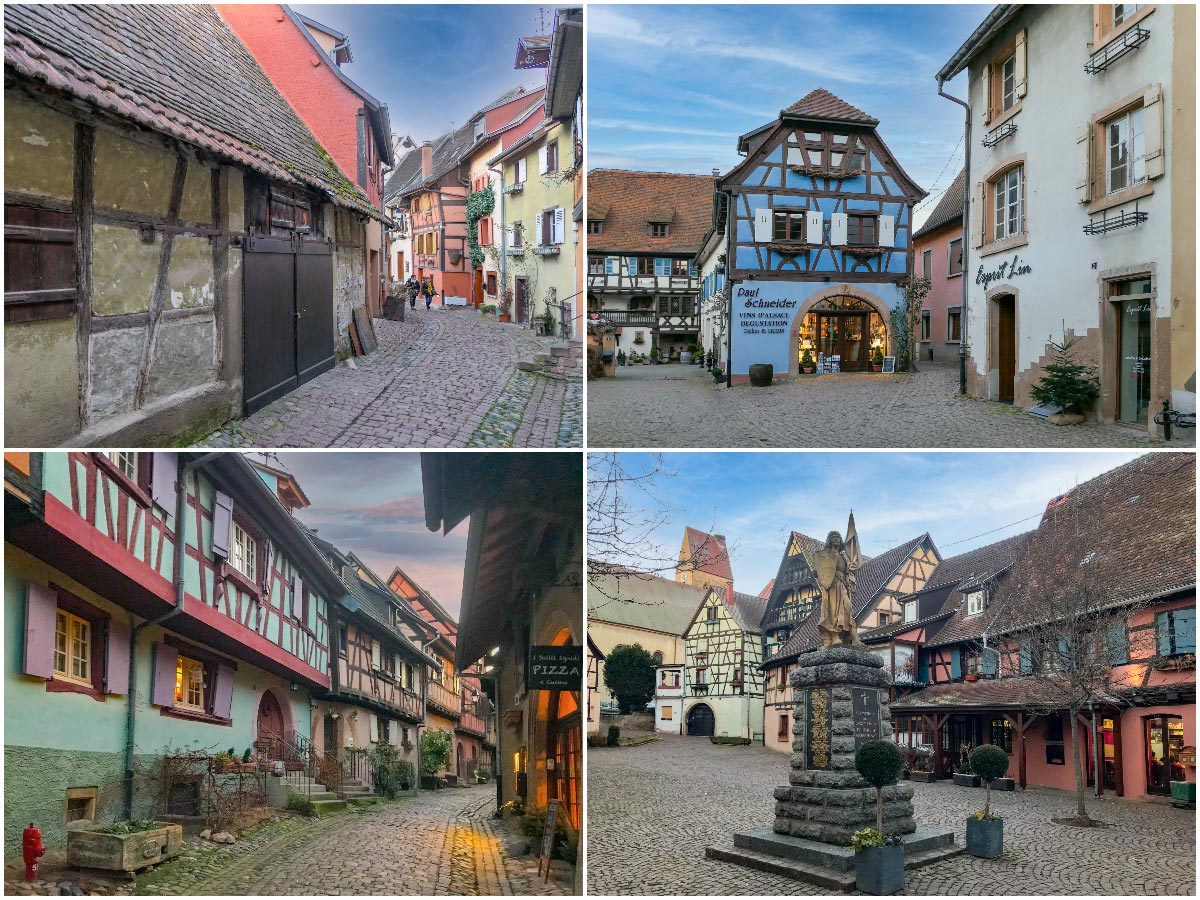 I visited Eguisheim a couple of years ago in February. We spent the day in Colmar, and in the late afternoon, we went for a walk through this super cute village.

And how about you? Have you been to Eguisheim, one of the most beautiful villages in France?